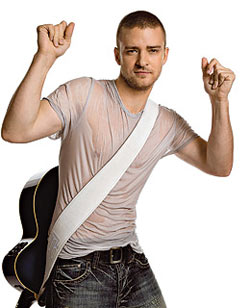 When selling music doesn’t pay anymore you have to find a more glamorous occupation.

That said of the musicians migrating from their brand status as photogenic rock stars but cash poor because they have yet to become a movie star or a chain store owner – comes the observation that in fact there lies hope for the cash strapped photogenic rock star who is increasingly forced to look for part time work to finance the work that doesn’t pay off. Does that make sense to you? Good.

Some observed musicians who have used their rock star image to hustle extra money include- Justin Timberlake who came up with William RAST in 2005, and because you are all gullible and fame hungry have helped make Justin incredibly rich. Other musicians who have cashed in on their brand status cache include Miley Cyrus who at age 17 has a fashion line courtesy of Walmart-

Then there’s Sean Combs who started Sean Combs the fashion label in 1998 and has cashed in major just like Russell Simmons when he cashed in with Baby Phat with botch ex wife- Kiara Lee. Then there’s Jay-Z who couldn’t help himself either when he attached his name and artistic direction to ROCA WEAR.

Not to be outdone is our favorite ingrate and media whore – Lindsay Lohan who has finally cashed in big by becoming UNGARO’s art director.

The moral of the story, one day all those sweat and tears will pay off and you wont have to be a homeless rock star when you can now become a high caliber fashion designer with the world falling all over you. OF COURSE, this does suggest one thing- do people care what you design, or are they just happy to buy from you because you’re famous and have been publicly endorsed by every media outlet in the world?

When making clothes is the real preferred career of rock stars…

For Musicians, the Money’s in Fashion