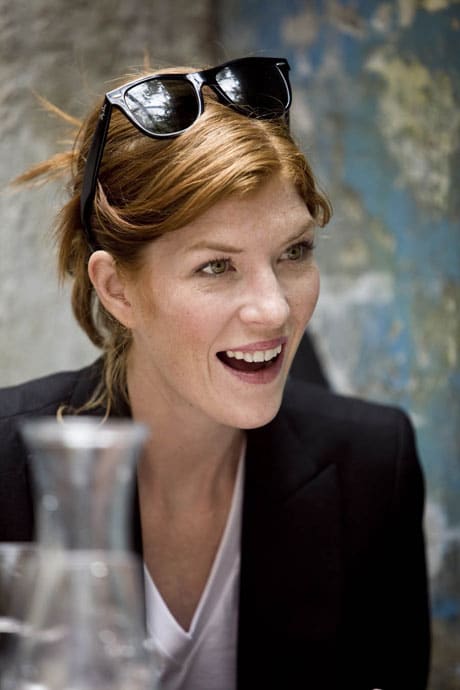 SCV: Do you feel that because you’re a public figure people feel they have the right to know the private details of your life?

A.V: That’s what I think it is with most celebrities.

SCV: Seeing that it’s a conscious effort to protect yourself from press sharks, how do you navigate that? How do you know how much to keep to yourself and how much to give away?

A.V: Well, it’s a very fine line, because, on the other hand, I’m trying to be an actress and I need the press and I’d like to get my face out there.

SCV: Is it challenging to merge the socialite lifestyle with your individual career ambitions? You have to juggle, don’t you?

SCV: If the public only associated you with one genre, would you prefer the association lean towards your acting, your modeling? What does your heart prioritize?

A.V: Towards my acting, hopefully. What I wanted to say about these three labels is that right now I’m trying to transition into being an actress and I don’t think it’s a bad thing to use your title of ‘model’ or ‘socialite’ to transition. To use your connections. Everything takes work. And the harder you work at it, the more you’ll get out of it.

SCV: In transitioning, is the socialite status something you want to entirely leave behind?

A.V: I don’t mind being called a socialite if it’s in the right context.

SCV: What do you feel that is?

A.V: Using it for a good cause. Charity, which I really believe in. I’m involved in a lot of animal charities. I’m on the board of a ton -Operation Smile, New Yorker’s For Children...I could go through the list. I’ll go and feed the AIDS patients at GMHC for Christmas. I think that’s a really good thing about it.

SCV: But those aren’t the things the press cover.

SCV: Why is that?

A.V: I feel like that’s the way it kind of works, unfortunately. Unless Vanity Fair is doing a big article on your life and you work with them on it, I feel people don’t get to see the real you. A lot of people don’t know that I’m a down-to-earth person, that I don’t take a car service everywhere and that I have the same struggles as every other girl, you know. I’m trying to find my happiness in life.

SCV: Is it frustrating that the world assumes you have it easy?

A.V: I do get frustrated. You know, my parents are very smart with me. They haven’t let me have free reigns of everything, they keep a tight leash on me, which is smart. I need that, the…I don’t know what the word is…

SCV: Discipline. (pause) It sounds like being a socialite has it’s up sides, too, then. That it’s not all bad.

A.V: No, I don’t think it’s all bad. I think some of the real socialites, Jacqueline Kennedy Onasis was wonderful. She’s an icon of mine.