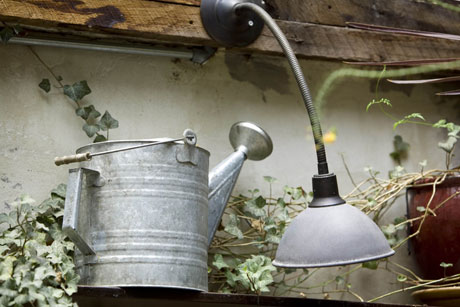 You may have read about her on Page 6 of The NYPost – overblown stories concerning her involvement in NYC nightlife, her reported anorexia and fainting at a party. You may have heard of her in association with her father, Paul Vartanian, leading NY diamond dealer, and their revered family circle. You may even recognize her elegant cheekbones and naturally vivid, red hair from various fashion ads and tabloid photos.

But what you haven’t done is met her, sat down with her at a quaint restaurant on Bleeker st where she gladly and willingly eats, stares shamelessly into your face while putting to rest all rumors, and humbly discussing her hopes and ambitions for the ascent she plans to conquer. That is until now, when we took in some of our revered August’s restaurant best rose and trout…

SCV: When we first met you introduced yourself to me as an ‘actress, model and socialite’ but that you hated the term ‘socialite.’ What about it bothers you?

A.V: The term socialite has been labeled onto people. Personally, I grew up in a social setting, in “society,” as a debutante, growing up going to country clubs, Malcom Forbes was our neighbor… and I was born into that life and I always kind of rejected it for a while, when I was younger.

SCV: How so? Rebelliously?

A.V:I didn’t want to dress the dress code when I was younger. My parents sort of wanted me to date a certain type of person…Now I think they’re more relaxed about it, I think because they know I’m not going to do something I don’t want to do-

SCV: Just because it’s expected of you.

A.V: Exactly. So, I think it’s a label that’s easily put on people today and I don’t think it’s necessarily the truth. You know, if someone’s in the fashion business and they’re going to a lot of social parties, they’ll get labeled as ‘socialite.’ So, I think I really have the roots of being a socialite, but its not…

SCV: It’s something you were born into rather than you chose.

A.V: Right. And I think it does sort of mess with what I want to do.

SCV: How old were you when you first starting breaking off from the label you were given to pursue your personal ambitions?

A.V: I think, as early as elementary school. I was in all the plays. That’s all I wanted to do, was be an actress, and I sort of put that aside for a while. For a couple years I’ve worked in fashion and PR. I did PR for Hermes and Holliston and then I worked in real estate. I worked in jewelry, also – that’s my family’s business.

A.V: I was always interested in doing something instead of just going to parties and getting married.

SCV: Even as a grown, adult woman what does the term ‘socialite’ and your position in the public eye demand of your life?

A.V: Well, you have to dress a certain way. High fashion. You have to make sure you don’t wear the same thing twice. You’re photographed a lot and I’m pretty well known around New York, so you have also have to be careful about what people write about you. My family really doesn’t like a lot of press. It’s dangerous sometimes.

SCV: Have you had personal experiences of getting scathed by the press?

A.V: I had a terrible thing written about me in The Post, which was not even true. It was majorly exaggerated, saying I was a major anorexic, that I fell and hit my head at this party.