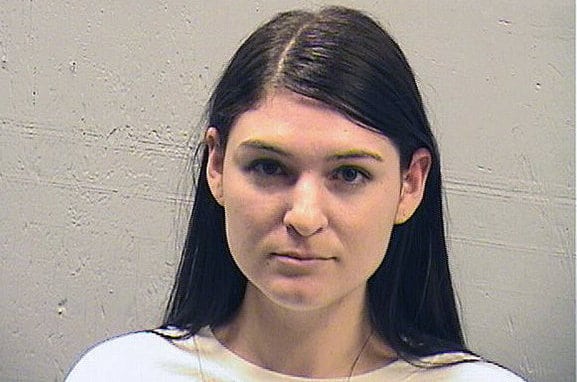 Camille Brennan a former Louisiana high school teacher has pleaded guilty to having giving two of her students brownies laced with marijuana.

The 31 year old Mandeville teacher who taught at the exclusive $9600 a year Archbishop Hannah High School told administrators she’d given the laced brownies to the students cause she wanted to ‘make them happy.’

In a plea deal, Brennan pleaded guilty to two counts of distribution of marijuana to a student and two counts of obstruction of justice.

A report via the New Orleans Advocate quoted Lisa Page, a spokeswoman for the St. Tammany Parish District Attorney’s Office in which the terms of a plea agreement were approved last week.

Under those terms, Camille Breaux Brennan is expected to be sentenced to 10 years, with seven of those suspended. Yes kids, my eyeballs are doing somersaults with the sentencing too.

Upon her release from jail, the teacher will be required to be on probation for five years and ordered to undergo substance abuse and mental health evaluations, and to have no unsupervised contact with minors.

The deal comes after Brennan was arrested last year, with the then teacher admitting to giving the laced brownies to two female students and having asked them to lie about it notes a report via nola.

According to prosecutors, Brennan went one further when she destroyed a written statement by one of the students.

After eating two of the laced brownies, one of the students became ill and told a family member they were supplied by a teacher.

The relative also discovered conversations between the girl and Brennan on social media in which they used made-up names and talked about how to make marijuana brownies.

The girl’s relative then contacted the principal of the Catholic school who told police about the incident.

The incident led to Brennan being suspended from teaching post at the school, before then being fired.

Brennan will be sentenced by District Judge Raymond Childress on January 5.