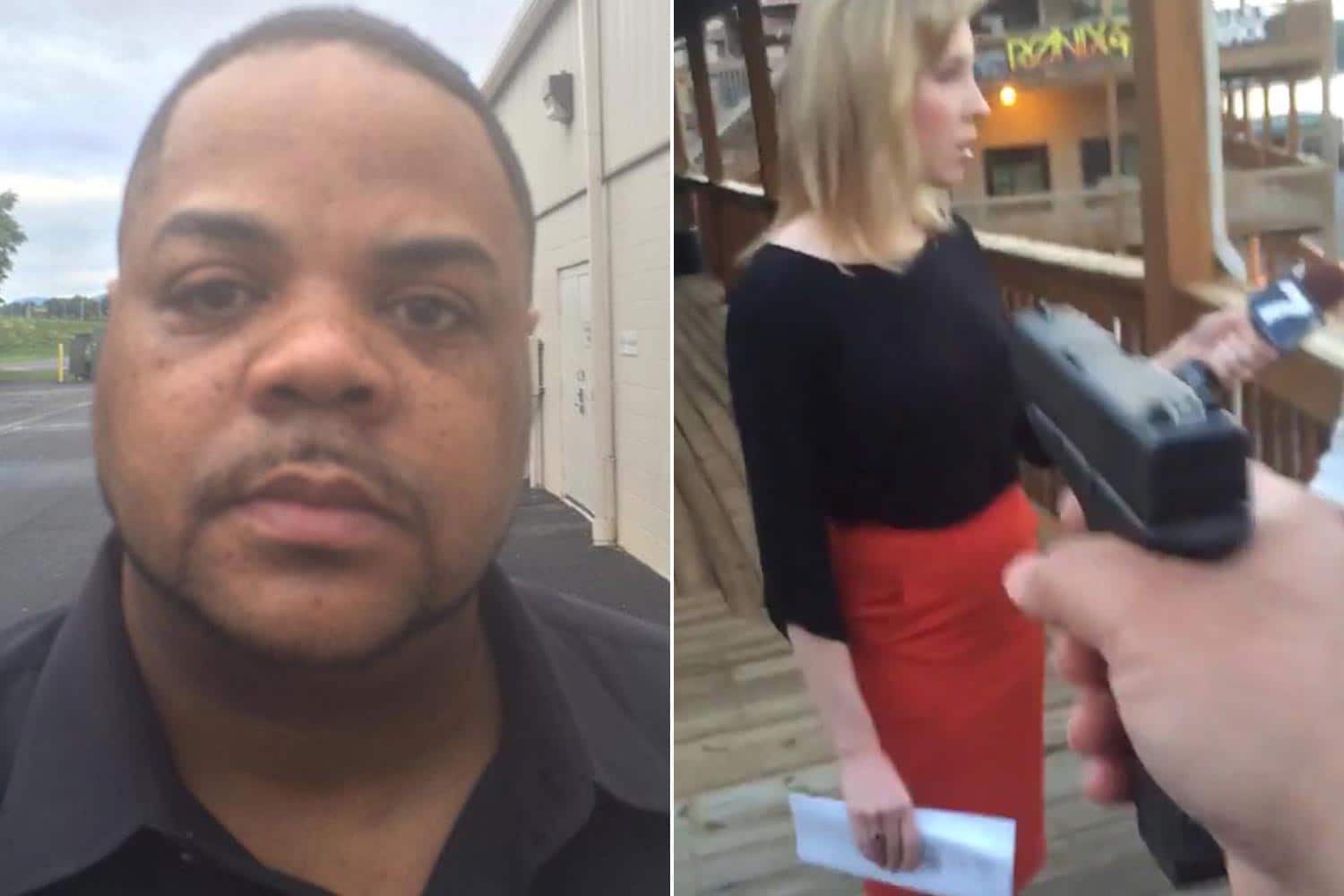 In a 23-page fax sent to ABC, Vester Lee Flanagan indicated that the recent Dylann Storm Roof shootings which targeted black parishioners at South Carolina Church, were the events that brought him to the edge leading him to seek revenge race hate crime.

Told the man in his missive which was delivered to the station shortly after Wednesday morning’s callous shooting:

‘What sent me over the top was the church shooting. And my hollow point bullets have the victims’ initials on them.’

It’s unclear who ‘them’ refers to.

In his note, described as a suicide note (had he intended to kill himself after targeting his victims?) to friends and family, Flanagan also claims that he was a victim of racial discrimination and sexual harassment, and had been targeted for being a gay black man.

Reiterated the man’s fax: ‘The church shooting was the tipping point…but my anger has been building steadily…I’ve been a human powder keg for a while…just waiting to go BOOM!!!!’

The note also asserted that Wednesday morning’s ‘targeted’ attack on his former WBDJ-TV colleagues (he was fired in February 2013 for unknown reasons) was inspired by inspired by infamous mass shooters, Eric Harris and Dylan Klebold.

The revelation comes after news this afternoon that Flanagan had mortally succumbed to a self inflected gun wound (circa 11.30 am upon being cornered by police) after initially surviving the gunshot only to die hours later at a Northern Virginia hospital.

Of note, ABC says a man by the name of Bryce Williams first contacted them a few weeks ago, wanting to pitch a story. What that story was the media outlet have declined to tell.

According to ABC, the same individual contacted them again, sending them a fax two hours after the shooting.

In the fax Flanagan says he became angered after the Charleston church shooting and that Jehovah made him act.

‘What sent me over the top was the church shooting. And my hollow point bullets have the victims’ initials on them.’

‘As for Dylann Roof? You [redacted]! You want a race war [redacted]? BRING IT THEN YOU WHITE …[redacted]!!!”

At the same time, Flanagan professed a deep respect for other mass shooters like Virginia Tech gunman Seung-Hui Cho. 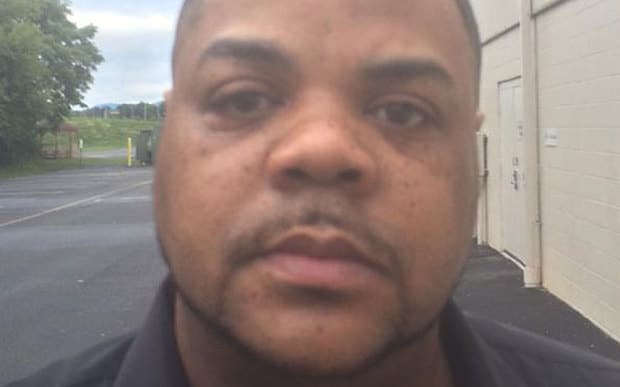 Added the former reporter who in previous story beats had covered a range of homicides: ‘Also, I was influenced by Seung–Hui Cho [the Virginia Tech shooter]. That’s my boy right there. He got NEARLY double the amount that Eric Harris and Dylann Klebold got…just sayin’.

The shooting has since led to commentators on the web debating whether Flanagan was a victim of racial profiling and had simply erupted, whilst others insist that Flanagan was an instigator of a hate crime.

According to Flanagan’s suicide note, he saw himself as a victim of white man oppression and violence directed at black men, exemplified by the Dylan Roof shooting over the summer targeting black parishioners. Yet one wonders was today’s killing a revenge for perceived sleights against his ‘white’ colleagues or the moral failings of a man who confused his own personal failings to that of a system stacked against the black man …?

So what we have here potentially is a revenge killing… an aggrieved black man murdering two innocent white people. We’ll have to wait and see. But if it turns out that’s the case, don’t expect the NY Times to report it that way.

sounds more like a crime of rage by a former employee than a hate crime to me, not racial at all. That’s the way it should be reported until/unless evidence is uncovered to support your suspicions.

What a selfish, mediocre, pathetic man who couldn’t make it to the top and have to blame it on his race and everyone around.