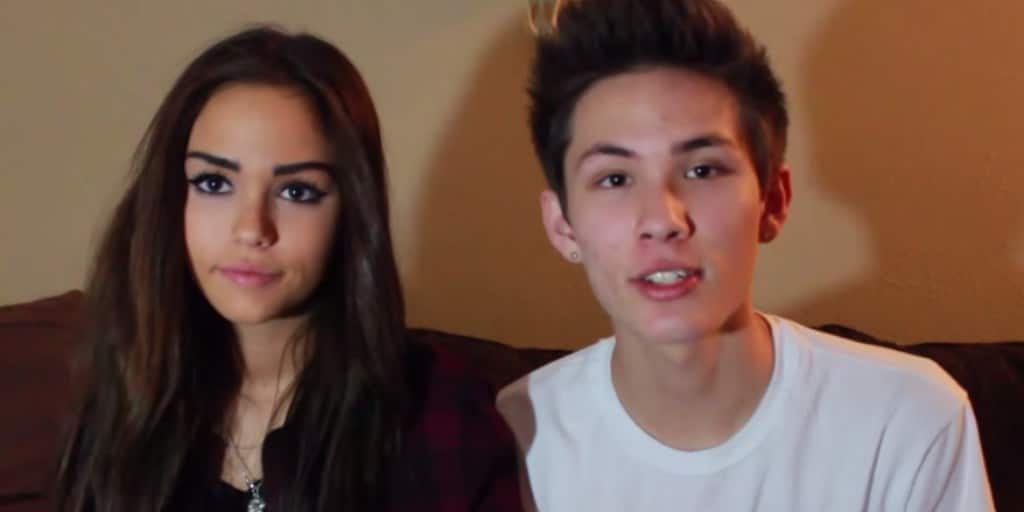 Whilst Carter Reynolds made have delivered what many have considered a pathetic so so statement explaining why he attempted to coerce 16 year old minor ex girlfriend Maggie Lindemann to do the dirty on the 19 year old (’cause couples do that stuff …’), fans are in no mood to abandon ‘their hero’.

In two new hashtag threads that have been fast gaining momentum, #WeLoveYouCarter and #ReynoldsToTheEnd has seen supporters of the social media persona gaining increasing support and being excused for his behavior.

Tweeted one user: ‘…no matter what happens I’ll be here for you. Just forget about the haters. God bless you.’

@carterreynolds #WeLoveYouCarter no matter what happens I’ll be here for you. Just forget about the haters. God bless you.

OMG even tho you sexually harassed a minor I will keep supporting you bc you saved my life !!!!!!!!! #WeLoveYouCarter

HE DIDN’T PRESSURE HER ARE YOU DUMB OR WHAT, PEOPLE MAKE WORSE THINGS, AND THAT WAS A PRIVATE VIDEO, IT’S HACKERS’ FAULT #WeLoveYouCarter — I LOVE YOU TAYLOR (@camshug) June 24, 2015

No matter the amount of hate I get, no matter how many times y’all threaten me I will ALWAYS support Carter. #ReynoldsToTheEnd

Whilst other social media users remain less than thrilled with their ‘idol.’ Twitted one user on the thread: Seeing #WeLoveYouCarter trend honestly disgusts me. He doesn’t deserve anyone’s love and support, what he did was wrong. This being social media where trends come and go in a heart beat, a new hashtag this afternoon has stirred to life, perhaps to directly address those who see no wrong in Reynold’s behavior: #WeHateYouCarter That said, it’s not necessarily understood why so many followers have come to overlook Reynold’s sexist behavior and how and to what degree this reflects prevailing attitudes towards women and sexual harassment. Or whether as a star, even a 19 year old sexist social media idol can always rely on their fan base to regain shiny heights. See what you think …?

Seeing #WeLoveYouCarter trend honestly disgusts me. He doesn’t deserve anyone’s love and support, what he did was wrong. — Kim. (@R5NewYorkCity) June 24, 2015

How can someone say they love a rapist? If you’re tweeting nice things under #WeLoveYouCarter idek. That disappoints me. — Paashoua Yang (@paashouayang) June 24, 2015

if you use the hashtag #WeLoveYouCarter seriously, you need to reevaluate your life. — X’O (@slayariana) June 24, 2015

When you make up your own weloveyou hashtag to get people off the fact that you’re a bad role model #WeLoveYouCarter — kaitlyn¨̮ || 72 days (@TwinkleToeTommo) June 24, 2015

#WeLoveYouCarter yes, we love you for almost raping someone under influence, what a great role model that we should all love and support 🙂