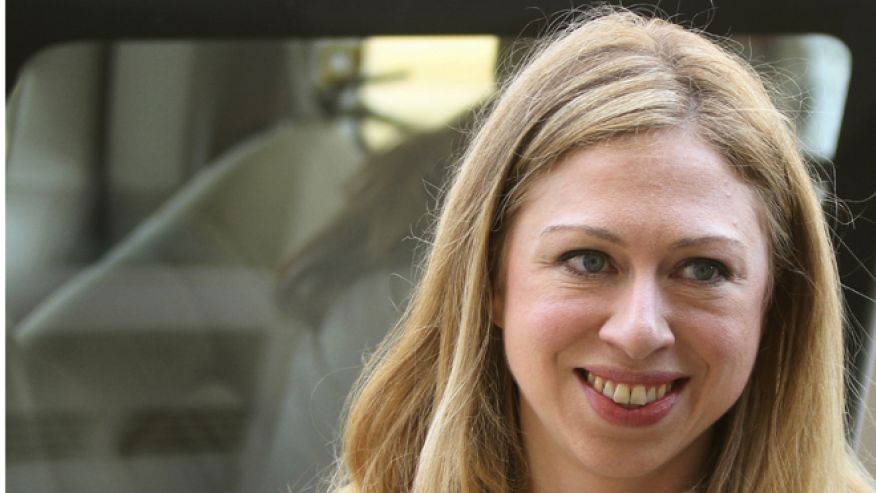 A new report has told that the daughter of Bill and Hillary Clinton, Chelsea Clinton has caused a deluge of senior colleagues at her parents Clinton Foundation to leave because she is unpleasant to work with.

Chelsea Clinton quits $600K job at NBC. But who ever knew she even worked?

Explains pagesix: Several top staffers have left the foundation since Chelsea came onBoard as vice chairman in 2011.

‘She is very difficult.’

Some of the gestures that have rankled staff include the pushing of former CEO Bruce Lindsey into the role of chairman to make way for McKinsey pal Eric Braverman.

Reiterated the source: ‘He [Braverman] was her boy, but he tried to hire his own communications professional and actually tried to run the place. He didn’t understand that that wasn’t what he was supposed to be doing,’

‘He was pushed out.’

But it gets better. Cause when you come to work for mom and dad, the world is your oyster.

Chelsea has embraced all the trappings of a corporate CEO, with a personal staff almost as big as her father’s. “He has six. She has five,” said my source.

None of this would surprise her former co-workers at McKinsey and NBC News. At both the management consulting firm and the network, co-workers allegedly were told they couldn’t approach Chelsea.

Offered a source at NBC where Chelsea once held a $600K post presumably because of her family’s largesse: ‘If someone wanted to talk to Chelsea about something, they had to go through a producer.’

So distressing have matters become that insiders are have found the resulting high turnover and ‘ethical questions‘ relating to the Clinton Foundation’s funding demoralizing.

Which raises the very awkward question will the latest publicization of Chelsea’s penchant for the trappings of political connections and go directly to rich inspire enough heat to force an investigation into what the nypost describes as the ‘foundation’s alleged slush funding and operations?’