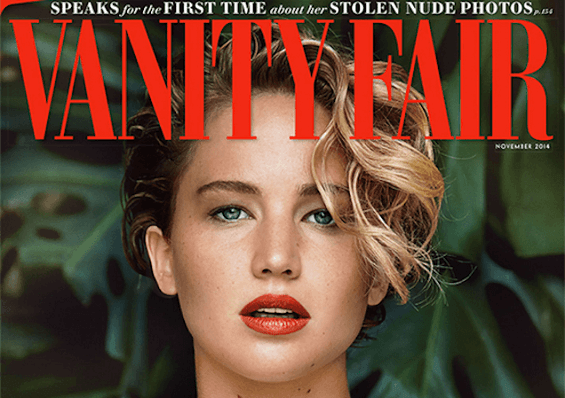 With the end of 2014 before us and a moment for all of us to collectively catch our breath and cool off from the ensuing animosity and controversy that ensued with the leaking of Jennifer Lawrence naked 4 chan pictures the question for this author is the following: Was it really the sex crime violation that Lawrence and fellow actresses insisted that the hack was?

I have had to defend our position to publish said images when they landed on the web countless times from trigger happy readers who were ready to tear me apart for daring to be part of the problem and the resolve of hackers to humiliate and denigrate women.

Hacked celebs lawyers threaten to sue Google for $100M. Do they have a case?

As an agent of the media, it is not my job to judge but to attempt to understand, explain and curry discussion as to the vernacular, extraordinary and of course the controversial even if it means posting images, expressing uncomfortable sensibilities or views that many of us would rather shy away from. Yes splattered egg did roll off my lapel, but so what, I knew that coming into the saga.

Yes let’s agree that Jennifer Lawrence and many actresses like her indeed had their privacy violated and were in many ways humiliated by the unrelenting attention the hackers gave along with the press who unwittingly only added to the fissure whilst all crying: ‘Don’t watch, don’t look!!!’  while all the while counting all those magic impressions firing off like a piston.

But as far as a sex crime I stand close to the notion that the leaking of images was just a cyber crime and nothing more.

A sex crime? No that would have to involve physical capitulation, not intellectual or sensational claims that having one’s naked image viewed is tantamount to a sexual crime on one’s physical being. That is too easy and reeks of cynism, especially if one remembers that JLaw and other celebs caught in the milieu were unwitting complicit actors in the unfolding saga.

Yes lets hold Apple technology accountable, or maybe not. Let’s hold the internet accountable for having the nerve or veracity to dare to gawk or not (isn’t that the nature of the internet in the first place and who are we to now demand censoring its very fundamental being?) and let’s even dare hold journalists, bloggers accountable for daring to ask or express dissenting views from those of celebrity lawyers whose letters we received in droves until we eventually capitulated and took the pictures down.

A martyr for free expression we are not, a tabloid journal documenting the controversial, the expletive, the unsavory and the vices and virtues of popular culture we are.

In the end we can point fingers at Jennifer Lawrence and wonder why she dared to expose herself the way she did and take the risks she did, but she did so in the comforts of her own home without the reasonable knowledge that she would become tabloid fodder for the masses. Is she responsible for the tabloid mayhem that ensued? Not at all.

Are we as media folk responsible for the adulation and constant attraction of said spectacle? No, we just gave you the reader, you the internet what you savored- the underbelly, the vices and the virtues of the internet. That in the end is all the best we can ever do and hopefully somewhere along the way inspire contemplation of our collective lot and our responsibility towards maintaining free thought, contemplation even if sometimes the ego of a well paid actress gets tarnished along the way.

Never mind, Jennifer Lawrence did rather well in the end we think and you lot all got off on what you desperately wanted- the titillation of the forbidden….