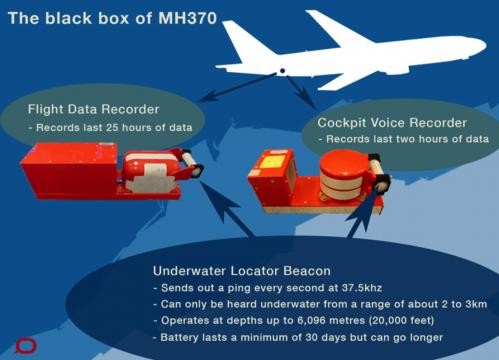 It is turning out to be an adventure that many could never have initially envisaged when it was first reported that Malaysia Airlines Flight 370 was missing. At the time a deluge of theories rained as to how the flight went astray, from hijacking, suicide mission, covert militant operations, to an onboard fire. And yet it seems we may never know what really happened as it is now being reported that the missing MH370 plane black box signal is no longer sending a signal.

Yet whilst the signal may have come to stop, the result of batteries finally dying off after more than 37 days without being charged, a new theory is also making its way as to what could have led to Malaysian Airlines Flight MH370 going astray.

Via the UK’s dailymail: The missing Malaysia Airlines plane was ‘thrown around like a fighter jet’ just after it lost contact with the authorities in a bid to dodge radar, Malaysian military investigators believe.

Flight MH370, which disappeared more than a month ago en route to Beijing, is thought to have climbed to heights of 45,000ft – 10,000ft above its normal altitude – before plummeting to just below 5,000ft.

The assertions come about as a new theory which posits that the plane underwent dramatic man oeuvres in an effort to thwart detection.

The new theory comes as the painstaking search for any sign of the jet – which was carrying 239 people – continues in the Indian Ocean.

Four strong underwater signals were picked up last week – hoped to be from the black box – but nothing new has been detected for five days.

Once officials are confident that no more sounds will be heard, a robotic submersible will be sent down to slowly scour for wreckage.

‘We’re now into day 37 of this tragedy,’ said aviation expert Geoffrey Thomas via AP. ‘The battery life on the beacons is supposed to last 30 days. We’re hoping it might last 40 days. However, it’s been four or five days since the last strong pings.

‘What they’re hoping for is to get one more, maybe two more pings so they can do a triangulation of the sounds and try and narrow the (search) area.’

gawker: Once officials are sure that no more sounds will be discovered, a robotic submersible will be sent down to search for wreckage. But for now, despite a lack of pings to go on, air and sea crews continue to search in the southern Indian Ocean for debris and any sounds that could still be heard.

A series of as many 25 nations, including the UK, Australia, Japan, New Zealand, Malaysia, the US continue in an international hunt and are working round the clock to locate any signs of wreckage. It may seem that their chance of coming up with what happened to Malaysian Airlines Flight MH370 is drawing perilously close to a non identified status… something that aviation experts and family and friends on board the flight may have to at last accept.