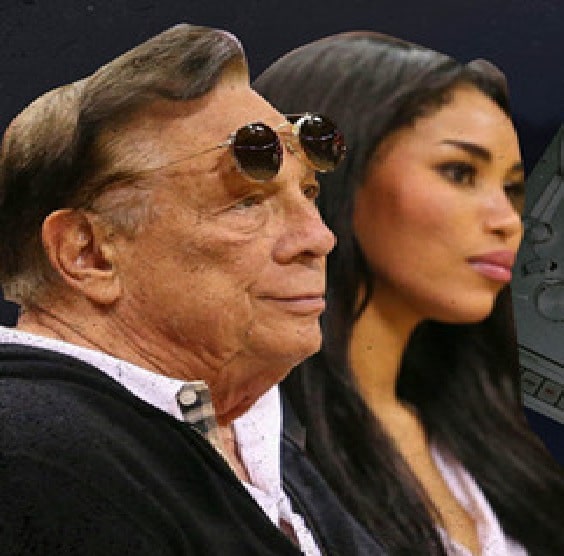 Since the open outcry over taped discussions between Donald Sterling, the Los Angeles Clippers owner and that of his mistress/girlfriend/trophy accoutrement, V. Stiviano, questions have been raised as to how the 81 year old multi millionaire ‘degenerative racist‘ came to get away with being both a racist and one of the influential figures in one of the biggest industries in America. The answer is simple- the industry and media abetted him and you the consumer and fan ate it all up…

First of no one should be surprised that Donald Sterling comes with his particular brand of foibles, given the man’s history, but what might be more telling is how did he manage to keep it under wraps for so long in the first place?

But before we get to answering some of these questions that most of the mainstream media has conveniently ignored here’s a recap of some of Sterling’s racial rap sheet.

the week: Donald Sterling, the owner of the Los Angeles Clippers, has a long racial rap sheet. It has not been hidden.

And in 2003, Sterling settled with the Justice Department (it was the largest settlement offer ever!) over complaints that he discriminated against black and Latino tenants at buildings around Los Angeles. The details are incredible.

According to one former property manager, Sterling was obsessed with how black people smell (apparently, they smell bad to him) and thought they clashed with the image he was “cultivating.”

Which begs the question if his racist views were so openly known or at least easy enough to discover why is it that we are suddenly collectively repulsed by the man and insisting that he be removed as owner and inspire American’s African American population to rebel? Isn’t this how the country was founded? On the sweat and deceit of others? From Blacks, to Italians, Irish when they first arrived, to other Europeans and migrant classes until there was enough to go round and a chance for a majority of us to move forward.

But why and how were African Americans for the last part left out of the upward march to mobility and success (let’s not count the basket ball played who ‘work’ for Sterling at multi millionaire rates or the ‘artists’ who have managed to brandish a misogynistic hyper realistic aspirations and cash in)? Why are they as a race, a collective and as a class group continually ‘ghettoed,’ even celebrated as such in hip hop culture, ignored,, segregated and given the down shaft while other groups in America were able to get ahead, until now that is.

Isn’t the advance of America all about deceit, the subjugation of one class over the other (did I just say that?) the access and denial of mobility of one class, group over another? Why is it now that when we all get to hear a fat white old man speak his battered mind that we are all so outraged? Would we have cared if he was just Joe Shmow from no where or is what he has to say more outrageous because of his position and vantage in society?

Is there something in America going on today that most of us can no longer deny? That getting ahead is an arduous feat, that the American dream has now turned into ‘can I just manage to stay alive and not get evicted or starve to death?‘ And is there one group or class of Americans who are reeling more at this insecurity than others or is it now because so many of us are daily staring into the abyss or being at any moment pushed into it that we are somehow mortally offended by what this troll had to say?

And if you want to know how Donald Sterling got to get away with being the moral scumbag that you now despise, have a look at some of these avenues too:

– the NBA itself, and its current and former commissioners

– the NBA’s megastar athletes, including Chris Paul, the Clippers star who is also the chief representative at the player’s union

-you the television and game viewer

-his sponsors who are now turning away en masse (for now) in humiliation.