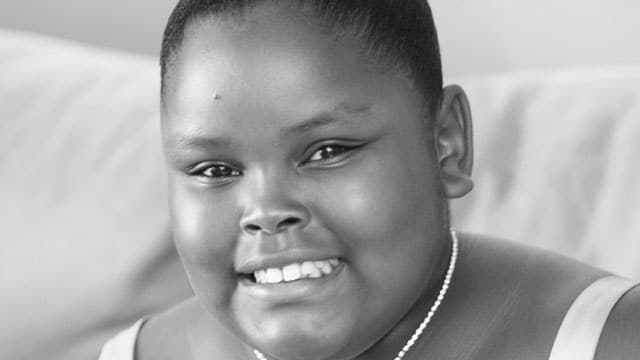 In a bizarre press release, the controversial attorney has told that Jahi McMath is now making ‘improvements’ since being released under the guidance of ‘optimistic’ doctors.

This despite Dolan confessing earlier this week hat Jahi McMath’s body was already showing signs of deterioration after she was signed over to her family and the expectation by medical experts that her body will continue to denigrate irrespective of the nutrients and tubes her family insist she ingests.

Told Dr Heidi Flori, a critical care physician at Children’s Hospital & Research Center Oakland, where Jahi had come to perform a routine tonsillitis during a recent US District court deposition: “The medical team and I believe that additional and more dramatic signs of the body’s deterioration will continue to manifest over time, regardless of any procedures and regardless of any heroic measures that any facility in the country might attempt,”

“Mechanical support and other measures taken to maintain an illusion of life where none exists cannot maintain that illusion indefinitely.”

Flori went on to disclose any measures to help Jahi will only slow post-mortem deterioration. Telling that Jahi’s body is also unable to regulate her temperature and “blankets are needed to maintain a temperature of greater than 35 degrees Celsius (95 degrees Fahrenheit).”

“The additional medical interventions Petitioner proposes are unprecedented. They simply will not bring her back to life nor enable others to do so.”

A contention that stands at opposites with Jahi McMath attorney Christopher Dolan who went on to tell about his client: “She is doing very well and getting the treatment she should have gotten 28 days ago,”

“Doctors are optimistic that her condition has stabilized and that her health is improving from when she was taken from (the Oakland hospital).”

The family hasn’t said where the eighth-grader currently is. Dolan has declined to say if she had been transferred to another facility and, if so, to describe that facility.

Instead, they have chosen to lay low as they continue their efforts to care for Jahi. Dolan said the family needs to “heal up from this whole experience” and have “some quiet time” away from media questions.

Perhaps not by coincidence funding at the gofundme site for Jahi McMath has begun to drop off precipitously as public faith in a miracle and the cogency of both Jahi McMath’s lawyer and family begin to wear off.

At present funding stands at $56K after initially being at $45K a week ago….