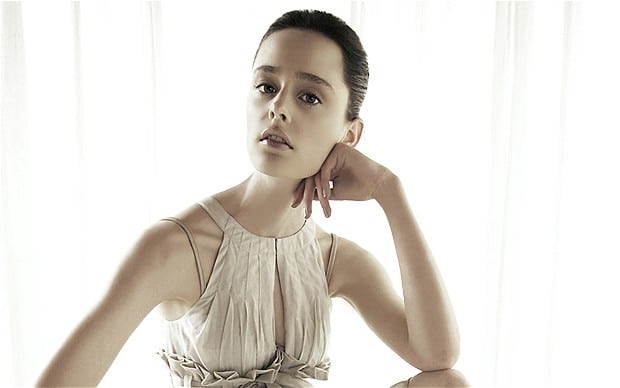 Model, Katia Elizarova explains how she was forced to have dinner with older rich men.

The dirty secrets of the beauty industry.

Reflections of a former Male Model …

One time teen fashion model sensation, and now aged 23, Georgina Wilkin has decided to come out to tell of the rigors of the fashion industry which at the time left her severely emaciated and with failing organs.

Tells the UK model, Georgina Wilkin via the UK’s London times who has since set about exposing some of the controversial behavior of those who operate in the fashion industry:

thetimes.co.uk: Georgina Wilkin had eaten nothing for days and felt so dizzy she had almost blacked out on the Tube ride into central London to visit her model agent.

On arrival, however, the agent was delighted. He took one look at the 16-year-old’s skinny frame and declared: ‘Georgina, whatever you are doing, keep doing it.’

Sadly, Georgina took her agent’s words to heart and would spend the next seven years fighting anorexia, becoming so dangerously malnourished that her heart and kidneys began to fail.

Hardly the most encouraging story one could hope to hear about a burgeoning model fighting to make it on the way up.

Fortunately Wilkin went on to survive and now offers the following:

‘Everyone should know about the pressure models are put under.’

The model now insists that the only way to prevent models succumbing to eating disorders is for customers to boycott labels employing girls smaller than a size 8. 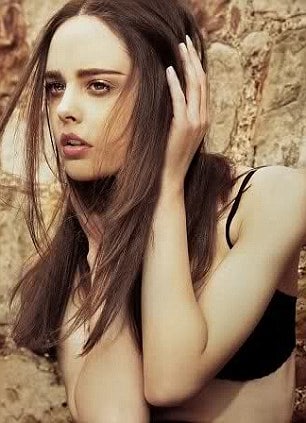 The model goes on to tell how she first started modeling when she was found by a model scout at the age of 15.

Reflects the model: ‘On the first visit to the agency they treated me like the next Kate Moss, saying “Oh my God you are so unique, we’re so excited you’ve come to us. Who scouted you? Can we get you a drink?”

‘I was incredibly flattered and excited – as was my mum. She’s always been really enthusiastic about me being successful – and she didn’t know much about the modelling world back then.’

Yet things were’t necessarily so rosy when the model returned to meet with the model agency a second time.

‘They took Polaroid shots, to check that I was photogenic, and then measured every inch of me, right down to the tips of my fingers,’

‘I quickly understood that my body was merely a product, for people to examine and criticise.’

After soon being selected to model in Japan, Georgina Wilkin would set about her quest to ever be thin.

‘I was really flattered when the Japanese agent picked me,’

”She said I could go to work for her in Japan in two months time, on condition that I lose 3in from my hips and one inch from my waist.’ 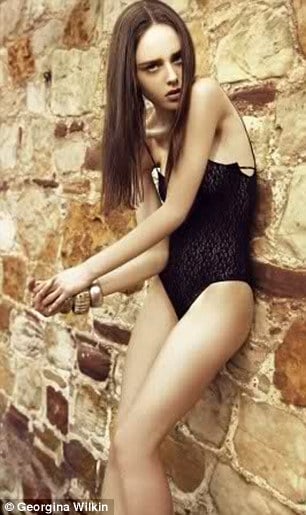 Losing weight soon become Georgina Wilkin’s mission: ‘The only food I allowed past my lips was salad and vegetables and I’d often go for two days without any food at all.

‘I’d skip breakfast, spend lunchtimes in the school library and tell my parents I’d had dinner at a friend’s house so I didn’t have to sit down to a meal with them when they got home from work.’

The model goes on to reveal that at the beginning of her career, she weighed 8st 6lb  (118 pounds) which at 5ft 10in is already pushing at the lighter side of the BMI at 17 when healthy levels necessitate gauges between 18.5 to 25. Nevertheless Wilkin was remanded to shed weight so as to approximate the preferred gazelle look so popular in the fashion world.

Every fortnight, Georgina Wilkin would go into the agency to be measured and photographed in a bikini. Every time, the model recalls, she would be told that she needed to lose more weight.

‘The skinnier girls got all the bookings and I was even told I wouldn’t be able to work for jewellery companies because my fingers were too fat,’ 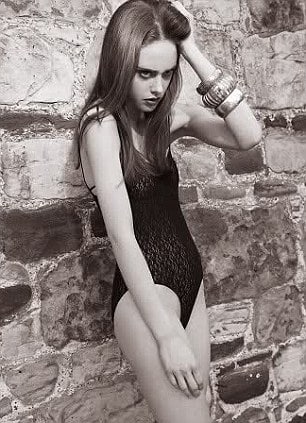 Emaciated, she arrived in Japan in June 2006 but was shocked to see that she was one of the ‘biggest’ girls on the books.

Aged just 16, Georgina was left to fend for herself in a Tokyo apartment with two Russian girls who didn’t speak English.

Frightened and lonely she spent most of her time indoors, surviving on high energy drinks. A couple of weeks in, she was photographed for a pregnancy catalogue wearing a false, strap-on bump.

Goes on to reflect the model:

‘I was a malnourished young girl being made to look like a pregnant 30-year-old,’

‘Messages like that can be very damaging to a teenage girl, or indeed, any woman.’

Reflecting on her parent’s feelings about her being in Japan under less than stellar circumstances the model tells:

‘I don’t think my parents wanted me to go to Japan but they knew how desperate I was to make a success of my modeling career. And I was very stubborn.

‘It must have been hard for them when I called home because I was so unhappy I was always in floods of tears.’

Tells the model of the time her mother and brother came to visit her and were aghast at her rapid weight loss:

‘Mum has since told me that she was shocked to see how thin I’d become,’

‘She begged me to eat with her and my brother but I always had an excuse for why I wasn’t able to.’ 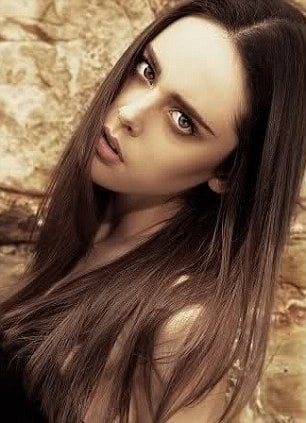 Upon returning to London the model began to be booked on a variety of jobs, but once again her weight remained a worrying issue.

‘Nobody ate on these shoots, which could go on all day, and we would survive on adrenaline and caffeine drinks. On the occasions I couldn’t fit into a dress, I felt so humiliated.

‘The stylists would give me a look, and that would make me eat less and walk even more.

‘Mum was wary, but she could see how excited I was to be part of the whole fashion industry and didn’t want to stand in my way. When she tried to talk to me about how thin I was, I’d get cross and it would turn into an argument, like so many conversations between a mother and her teenage daughter, I suppose.’

In the summer of 2007, the model went on to be admitted in hospital after being diagnosed with anorexia and spending five months in treatment.

‘I’d kept getting bookings although it must have been obvious to everyone in the business that I was anorexic,’

‘My lips and fingers were blue because I was so thin that my heart was struggling to pump blood around my body.’

‘The make-up artists would have to disguise it with concealer.

‘It wasn’t just me – I know of at least six other models I still see photos of on a leading  fashion website who are also anorexic. They have the same telltale blue lips and hands.

‘In hospital the doctors made no secret of the fact that my life was in danger,’

‘My vital organs were under such strain that there was a risk my heart could stop or my kidneys pack up.’

‘I was force-fed through tubes before being transferred to London’s Priory Hospital where they made me eat enough to get back to a healthy weight. I did as I was told but, even after hearing that I’d almost starved myself to death, I didn’t fully grasp the danger I’d put myself in.’

By 2008 the model went on to join another London agency despite her parent’s concerns.

Feeling that she had beaten the disease anorexia and now returning to a more healthier weight, the model felt strong enough to go for it again.

Nevertheless it was not long before the model once again began starving herself.

Recalls Georgina Wilkin after having being signed on to walk the runway for Prada:

‘Just two days before the show, I was told I wouldn’t be needed after all,’

‘No one explained why and I convinced myself it was because I wasn’t thin enough.

‘Too often I’d been told by agents and stylists: “You could do much better if you were a bit smaller” or  “You’ve got so much potential, but it would be a good idea for you to join a gym.” This sort of language seeps deep into a young girl’s psyche.’

From there the model once again resisted eating, walking everywhere she went, ever conscious of every calorie.

Nevertheless the model once again found herself being forced to being readmitted after having becoming dangerously thin.

Along with being force fed and receiving counseling the model went on to be prescribed anti depressants and anti anxiety. 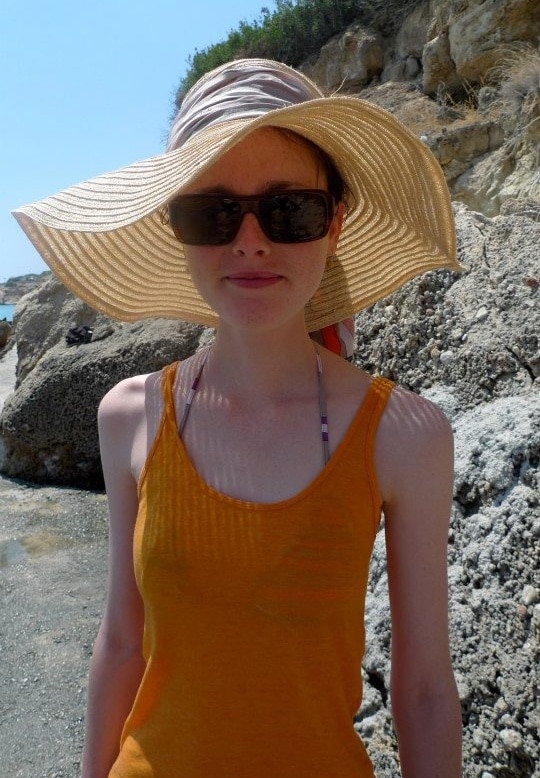 Tells the UK’s dailymail: A year down the line, Georgina is working as a PA, with ambitions to become an interior designer, and is so convinced that her anorexia is under control that she agreed to talk about her experience during the Shape of Fashion debate held during the recent in London Fashion Week.

‘I feel very lucky to have survived but it makes me really angry to see images of models who I know are seriously unwell due to eating disorders.

‘Most high fashion brands have used anorexic girls in their campaigns and the only way this will stop is if we stop buying their products.’

Of course the bigger question might not be if we the consumer stop buying into the campaigns but if the fashion industry itself (which also included fashion editors who so often give fake assurances) and those who participate in it took a more honest and responsible role in what they seek to establish and at what cost?

Told one commentator tellingly on the web:

My teenage daughter is constantly sent pictures of stick thin, clearly unwell models by her friends and many of them actually aspire to look like this. It is an absolute disgrace that the fashion ‘industry’ is not held to account over it. It’s not as if it’s a new phenomenon; it’s been going on for years.