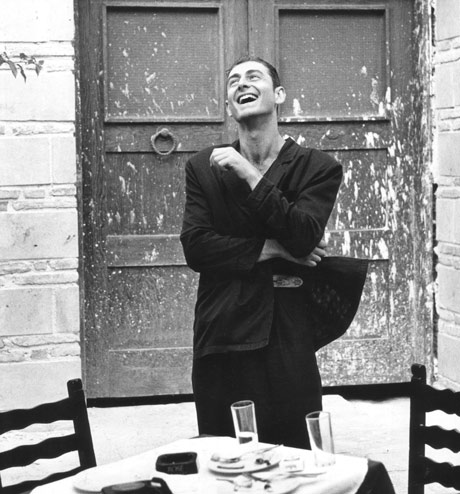 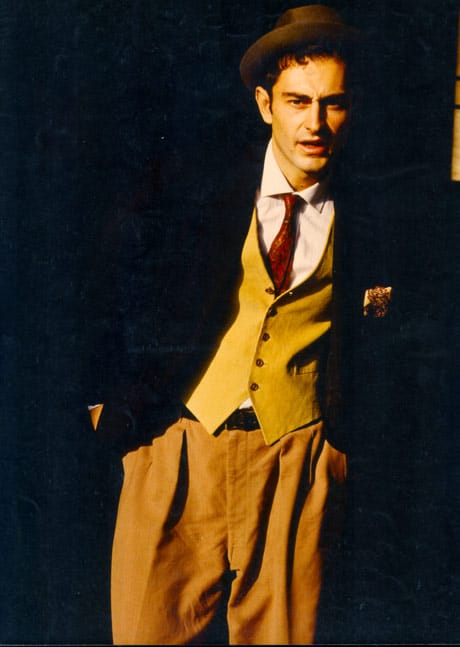 It’s not what it seems. That’s what I keep telling myself but what do I know I’m just a skinny rut standing in front of Valentino as he tells me to take my shirt off. The dame sits there smiling, going through our collective books, flicking through each page, pausing for a second, smiling to himself, but mostly flicking like an annoyed child. My shirt back on I now walk out of his studio and back into the street that will take me back to place Garibaldi. Where I am is some pony tale town called, Milan, Italy, undisputed champion of young men’s dreams and fashion ennui. Who I am is yet to be discovered but for the time being I am a male model looking for the visage of a camera.

It’s fast approaching eight p.m and that only means one thing – free pizza at Deco. This is what you get when you’re an expatriate of the supposed photogenic kind. I look into the mirror pump on the gel and strut out onto the street to get my first meal of the day. When I arrive, I am surrounded by hundreds of other models, mostly Americans, a few French, English but it’s the Americans I like, even if they are always the loudest, the brashest and most conspicuous. We sit there, line up for our drink tickets, margarita pizza, watch some imbecilic movie before the club opens to the general public and a bunch of Guido’s start swarming the place.

The American’s and I leave, except for some of the girls, they’re always getting invited by these Guidos to fancy restaurants and the like. Let’s not even talk about the money the agencies are making simply on behalf of the promoters who are peddling us on a random basis. What do we care? We now make it to the next place- Hollywood, some glitz of a place with miles and miles of people begging to get in. We just walk in, because we are suppose to be the glam, even if I am just some skinny rut living in a broken down pensione with tin foil for furniture.

The music is always techno and house and fast. Without trying I am already hooking up with some girl who said she saw me in some magazine. The truth is I have yet to have book anything in Milan since I got here 2 months ago even if my booker Patricia keeps telling me Mondo Uomo and L’uomo Vogue have me on first option (again). I remove my lips, take a drink, and finally leave without the girl at four in the morning. Cause I have no money to catch a ride home and all the Americans are still hanging I am forced to wait for the number 7 tram. While I am waiting I see a whole bunch of transvestites giving the meanest kind of head that one can get in the front seat of a thorny bush.

By now I am back in Paris, still skinny, okay a few gigs, shows under my belt but who really cares and trying to figure out where I am going to stay. I am hauling my suitcase from one hotel to the other. It’s a drag, the agency really cant do much for me and probably wont until I book a few of the collections. I know it’s nothing personal, just work. I finally find something with Scott a Canadian male model.

Scott is the biggest drinker my naïve ass has ever seen in my life. What do I know about dysfunctional people? I come from a beach city, twenty hours by plane away where my childhood was idyllic and sunburn carefree. “Go to Milan,” they said, go, “you’ll kill it. What have you to lose, you’ll make it!”

So there I am a year and a half later, still surprised I am alive and making it day to day. Scott on the other hand wants to give it all away. He can’t stand it. He doesn’t know what to do, and whether if he’ll ever work again. The truth is Scott will end up becoming a major male top model, three years later, but not before first becoming a seasoned alcoholic.

Scott for the next two months becomes my best friend. Everyday I learn about how his father used to abuse him as a young kid and the shame that he would impart upon him. Scott eventually got married when he was seventeen but kind of lost it when his wife ran off with some other guy when he was nineteen. Anyway, we’re both twenty two now and having what one day will be the memory of a lifetime.

We finally make it through our heavy casting load, have dinner (half a baguette with ham- breakfast on the other hand is the first half of the same baguette with strawberry jam and milk and if you want lunch that’s just wishful thinking), and finally make it on our way to Bandush, a glamorous night club where the likes of Linda and Naomi hang every night. We never say anything to them, just stand there looking for some promoter to give us free drink tickets.

Tonight I have met some English girl, ( a University exchange student)  she’s a real sweet heart, of course that doesn’t mean I will treat her that way. I end up going home and sleeping with her and losing her number the next day. It’s only when I accidentally bump into her two weeks later at the Bandush that I end up making out with her again, go back to her flat before leaving once again in the early morning. 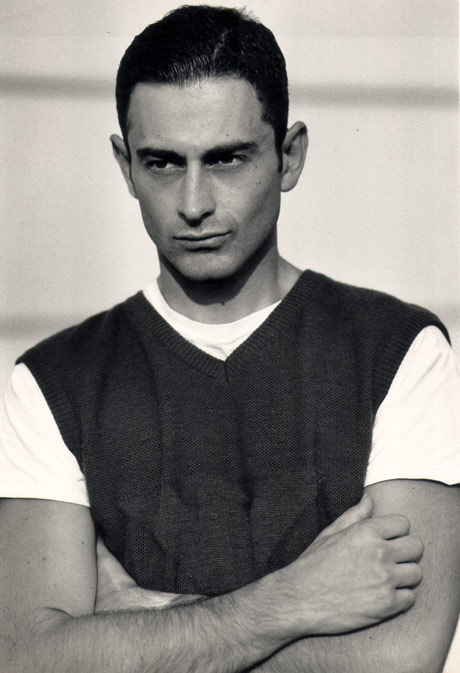 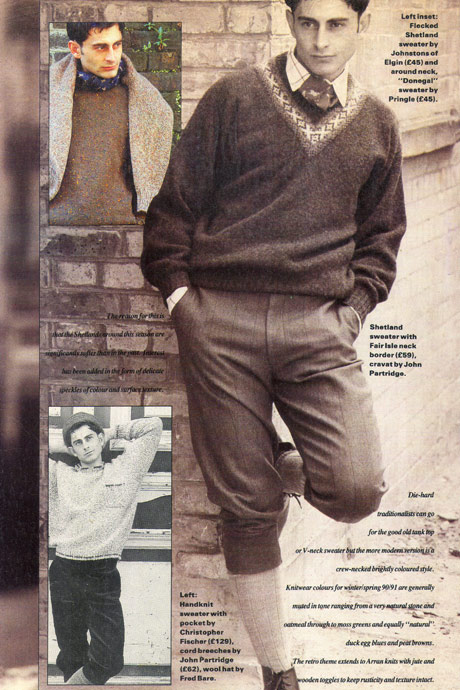 By the end of three months I have yet to have booked anything in Paris and I can tell my bookers aren’t particularly thrilled. It’s all a pot shot really, and no matter how you look you can never really tell what the client wants. Maybe if I was blonde and blue eyed I say. Then again I don’t play that game on myself, not that I didn’t in the beginning.

I’m sitting at some café in Place de Bastille when some crazy woman comes up to me. To be sure I am just enjoying the sunshine and my book, something written by Sartre (it’s not true all models are stupid, just most of them…) when she insists I stand in front of some camera. The next thing I know I am suddenly starring in some German commercial, the guy they had booked never showed up or something like that, so there I was instead. It’s all a laugh in any event and quite a farce. By the end of the evening I am being seduced by the producer- she has a husband and two kids and a scrawny twenty two year old getting insanely drunk on the fourth bottle of Merlot she bought us.

Fortunately for me my bookers in Paris have just told me that they found me an agency in London that would like to work with me. I kind of understand they want to get rid of me so I don’t begrudge them.  I say good bye to Scott, get on the ferry at Calais, vomit my heart out on the way over to Dover before immediately booking my first editorial in a while the next morning.

London to be sure is dreary and utterly depressing. That doesn’t stop me from spending the next year or so here, working fairly consistently but becoming increasingly irritable and lonely. It’s been three years since I have seen my family and maybe that’s good, cause it’s true when you set out to become a star there’s always a part of you that you’re always trying to run away from. It’s just that I am tired of running away and keep seeing this tired and forced look in some magazine.  In a way that’s what fashion is all about – the desire to re invent this image of yourself so you can stand yourself the next day.

In any event I’m back in Milan, standing there in the back rooms watching some divas feint and resurrect themselves moments before we are suppose to hit the catwalk. Everywhere I look it’s big name guys, and I know I’m so out of place but I don’t dare tell anyone. The music finally starts and we all start thumping out in single files like alien androids. Some of us are coked up, but to tell you the truth I never knew that then, I only discovered the truth years later. For some reason I was so earnest about it all. I finally thump out on the stage, some scrawny twenty four year old kid, my mind on the beach and the damn photographers, all four thousand of them up my ass.

I finally make it out of there and start walking home, love sick for some American girl I recently met, ambivalent to all the mania surrounding the collections. I pass by where all the trannies exist, laugh for a moment and grow suddenly sad in the realization that we’re in some sick way in the same line of work- a look, an intangible for hire.

It’s a few years on from then now and I have moved onto something more my speed, still in the public eye, but from behind the scenes, content on being my own person finally and very content that I went through the whole bizarre experience.

Sometimes I wonder about Scott, after all we used to write to each other, but that kind of stopped after he made it big. At least I’m glad one of us really made it, whatever  that word really means.

I still love Paris, London, Barcelona, Vienna and all the other great towns I anchored in – but for one reason or another I can never take myself to go back to Milan.

Pizza night and drink vouchers, and transvestites by place Garibaldi. Sometimes I still wonder if it still goes on…