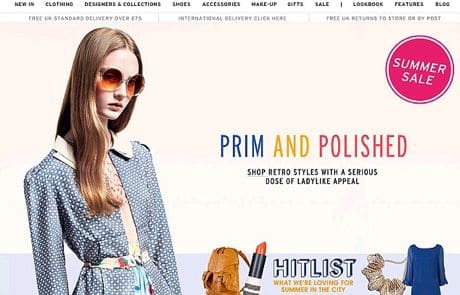 Pursuant to an article we published last night on the UK fashion chain Top Shop using anorexic appearing female models we received a wide array of feedback on how anorexia actually feeds itself into the female pschye. One response particularly grabbed my attention and made me think long and hard about the intricate relationship between image, fashion and the way women are ultimately represented in society. See what you think.

As someone who struggled with anorexia, I am definitely sensitive to this issue. I can’t believe the word is so easily tossed around. I definitely agree that the model this post refers to looks underweight and, arguably, unhealthy. I remember a time I would have used this image as “thinspiration” (motivation to continue starving myself). However, to suggest that she is “anorexic” and that Top Shop is (or the fashion industry as a whole) is encouraging anorexia is beyond offensive.

First of all, it suggests that anorexia is somehow “contagious”. It also suggests that women are vain, and gullible. Women don’t become anorexic as a result of the pictures or the clothes they see in catalogs or in magazines. Anorexia, just like overeating or binging and purging, stem from much more complex, psychological origins.

For me, anorexia and the act of starving myself was a coping mechanism for much deeper psychological issues. And I didn’t just decide to become anorexic one day so I could look like the women on TV or in magazines. In fact no one ASPIRES to be anorexic. To accuse this model of suffering from an illness like anorexia based solely on her pictures is sheer ignorance. The fact that this model is being ostracized for her weight just goes to show the scrutiny that women are faced with every day.

We can’t just target Top Shop or a specific model. In truth, we are an image-obsessed culture and there are so many unrealistic representations of women in media that we’ve completely forgotten that one person’s healthy or “normal” weight may look different than another’s.