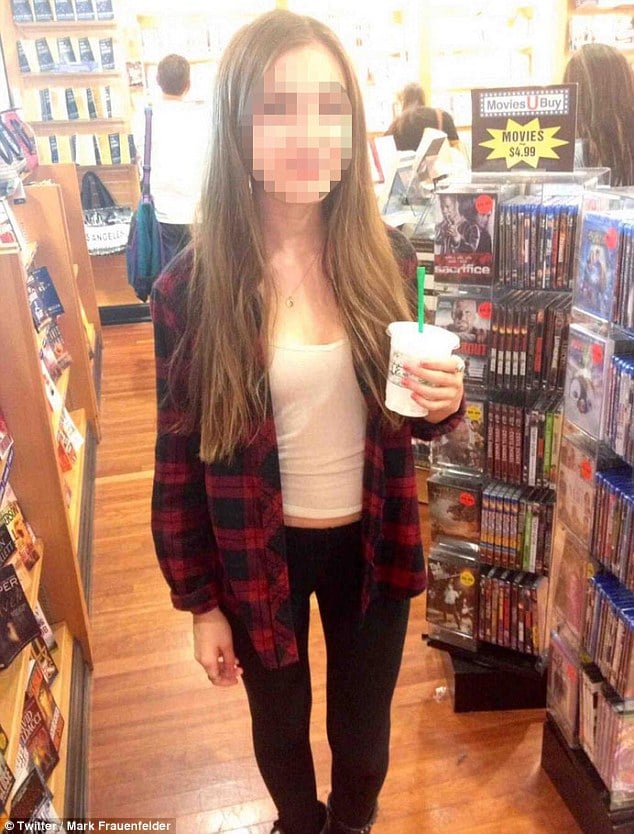 A TSA worker is under investigation after they purportedly told a 15 year old girl traveling through Los Angeles’ airport to ‘cover herself up’ in an allegedly abusive manner.

The father of the child has since gone to blog about the incident where he goes on to express his horror that his daughter was humiliated and shamed by the officer.

In his blog, the father, Mark Frauenfelder goes on to tell how his daughter was traveling with a group of high school students on a college tour when the TSA agent allegedly verbally abused her.

Blogged the father: ‘She was at the station where the TSA checks IDs. She said the officer was “glaring” at her and mumbling.

‘She said, “Excuse me?” and he said, “You’re only 15, COVER YOURSELF!” in a hostile tone. She said she was shaken up by his abusive manner.’

The father then goes on to reveal that he and his wife met with the TSA who have told  that they are now looking into opening an investigation into the incident which they were ‘taking seriously.’

Writing about the TSA agent’s behavior the father wrote: ‘It doesn’t matter what she was wearing, because it’s none of his business to tell girls what they should or should not wear.

‘His creepy thoughts are his own problem, and he shouldn’t use his position of authority as an excuse to humiliate a girl and blame her for his sick attitude.’

The father went on to include a response from friend Maureen Herman who in his estimation summed up the repercussions of the TSA’s actions:

“Cover up” is a dangerous cultural attitude that fuels more than rude comments. It’s the foundation of the oppression of women, rape culture (“she was asking for it”), and the drive for reproductive control of women’s bodies.”

It’s one thing to shame the general public into having to subject themselves to the authority of the TSA, but must the public now accede to demoralizing judgemental conduct at the hands of government personnel who now get to tell society how they ought to behave,act and now dress?

In essence isn’t this an attempt to reinforce aggressive self revealing negative attitudes towards women? Would the agent have said something similarly derogatory if the girl was a boy….?

The TSA have yet to respond to media requests for comment. Can anyone guess why?

When we allow official personnel (the TSA, for example) to treat girls this way, we allow all men to think they can do so also, and they will feel justified because they are ‘worried about their safety, for their future and for our future when kids are sexed up.’ We need to teach men and boys to stop thinking girls are ‘provoking’ their own aggressiveness.

Video of women who claims she was violated by TSA agents at San Diego Airport surfaces.

Jonah Falcon, man with world’s largest penis gets the attention of TSA.

4 year old nearly shuts down airport as TSA agents demand they frisk the crying toddler because she hugged her grandmother.

TSA agent leaves rapper a nice note after busting him with weed.

85 year old grandmother receives apology from TSA after she was strip searched and injured.

The TSA now want to tell you about the loaded .38 caliber gun that made it on a flight.

Woman with afro is subjected to pat down search by the TSA because her hair might contain explosives.

Protester who had fourth amendment written on his chest is set to challenge the TSA in court. Defining liberty in a post terrorist world.

6 year old girl is given full TSA pat down then a drug test.

The Delicious drama of the Transportation Securities Administration (TSA) has finally arrived onto your knickers.