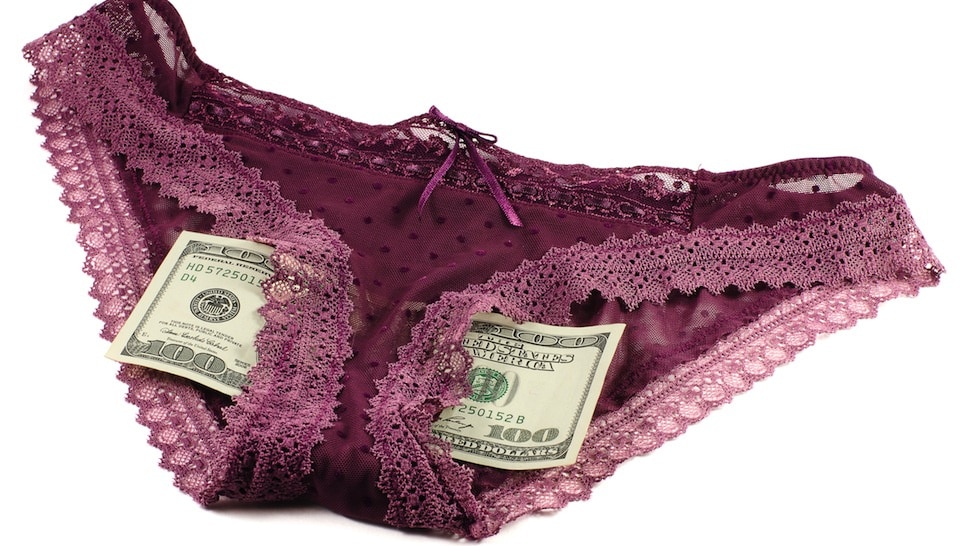 Seekingarrangement: 63 year old sugar daddy explains all men pay for sex one way or another.

The coming of age of the modern day call girl.

My dalliance with a Sugar Daddy…

For many young women making their way into their world may in the end come down to her willingness to play the subservient role of flaunting her beauty and youth in order to charm (rich) men out of their money. Not necessarily because it is the best game in town but because it pays so well assuming one doesn’t mind putting up with obtuse behavior, morally complex dilemmas and the notion that she has to play into a certain stereotype to whittle the money out of her sponsors.

These are some of the observations one comes away courtesy of a miamitimes article which explores the rampant game in town in South Florida where scores of young college women these days take to parading themselves as virtual hookers in the hopes of getting by in a terrain where little opportunities beyond minimum wage exist. Then again the upside is wide and boundless if one doesn’t mind putting up with the occasional cracked up business man, having to wear stilettos to chomp on some daddy’s penis and other interesting arrangements.

From the girl’s point of view it’s just a chance to find a ‘generous guy’ who will spoil them the way they deserve. Of course that is the magic word. Deserve. What a girl actually ends up getting in the end may be more than what she actually thinks she deserves, depending of course how one defines deserve.

Tells one young player: There is no shortage: Miami is full of busy black businessmen who want sex with no strings attached, old white men who want to unleash their fantasies on her, and married men who want her to help them discreetly cheat on their wives…

Although men and women have been coveting each other’s attention since the dawn of time for mutually beneficial arrangements, internet ‘dating’ sites have these days proliferated to act as a medium where more and more of these arrangements can now take place.

Of course the beauty of such sites, Seeking Arrangement (for a generous fee of course) to name one is that they provide an illusion of decor, upright behavior and a touch of class into a terrain that most would wonder is straight out prostitution save for the disguise of the genteel way men and women court each other’s services in the guise of friendship. Friendship with special perks of course that one has to be willing to eventually lay out on the table once the charade of niceties are all said and done.

Reflects the miamitimes: With even entry-level jobs requiring a college diploma in today’s job market and the price of a degree skyrocketing, Florida’s female students are becoming sugar babies like never before. Our universities dominate the list of schools with the fastest-growing number of Seeking Arrangement users. Forget sunshine. Florida is on its way to becoming America’s “Sugar Baby State.”

While some young women may from time to time come across men on such dating sites that treat them well and with sincerity (assuming their needs are met) other young women are finding themselves forced into dangerous positions. Some are raped, some simply migrate to full time prostitution and most are forced to lose their innocence in stark ways that they could not have previously imagined.

Yet for all the concern that such young women are being taken advantage of some women themselves would argue that if anything such relations offer them a chance to experience a kind of wealth, lifestyle that school or their general socio economic backgrounds does not. The upshot though is how much such arrangements have now begun to shift the perception of what it actually means to date and how often real love takes a backseat to materialistic notions. Nevermind the fact that more than ever women have found themselves commoditized and traded, a way of life that many women don’t seem too much dealing with given the mercenary advantages that comes their way.

But what has some observers worried is the dating site’s aggressive pursuit of college students. College students because they are saddled with high tuition debts, who may be more tempted than other women to play into the arrangement plus the fact that many college women come with some degree of smarts and charm that older wealthier men appreciate and don’t mind paying a premium for as opposed to your straight out street hooker. After all there’s only so much pretense that one can play with a straight up street hooker unless of course one doesn’t mind putting her on retainer assuming she is as semi refined as the boundless college girls trying to find a way to stay afloat and then some.

Tells one college professor: “These young women have to decide between a dead-end job with little money and a career as a sugar baby. Neither is a good choice, but those are the choices they have.”

Then there are the girls who actually enjoy the types of men that such sites serve to introduce them. Which is to say not every woman is a victim of her gender (that would be too easy to argue) but shrewd enough to use her looks, youth in order to live a type of kinky lifestyle that they perhaps might be hard pressed to find if it wasn’t for the existence of such sites that bring certain men to the fore.

Tells Rachel: “It’s not that I’m attracted to them,” says Rachel, who spends her free time hanging out with younger black men in clubs. “But [the titillation of using the service] just turns me on.”

And then there’s this rather interesting attitude too:

“If you fuck for free, why not get paid for it?” her tiny friend chimes in. “There are stupid girls out there doing shit for free when they don’t even get spoiled.

“How embarrassing,” the friend adds, puffing on the smoldering joint. “Don’t they know that pussy ain’t free no mo’?”

Tells another woman: “I use my looks and personality and charm to get what I want: cars, shoes, trips,” she said. “My mom always told me: ‘You’re not going to be beautiful and young forever. Use it or you’re going to lose it.’

In the end one wonders how far one actually gets ahead in the world of sugar daddy dating sites. Then again it may all come down to a mindset and a willingness to accept certain risks, impositions, moral dilemmas and the occasional date rape. Choices that ultimately only a young woman herself has to make as she negotiates the interesting terrain of having to use men for money cause there isn’t much to find in the real world or simply there are a lot of women out there who have a disparaging attitude towards men the same way some men have a disparaging attitude towards women who are simply there to fulfill their special needs.

above image via jezebel