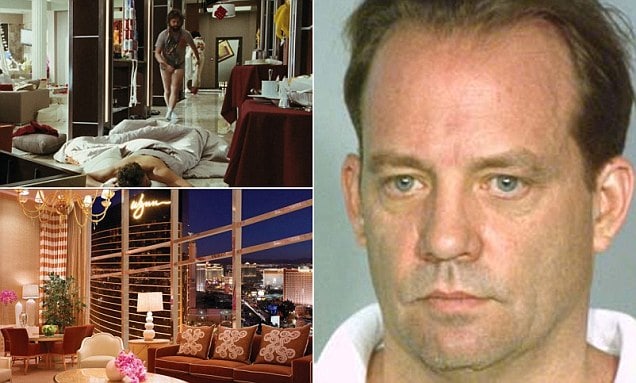 Making the trash rounds today is that of 45 year old lawyer Robert Pearman who managed to have him himself one heck of a weekend during his recent stay at Wynn Las Vegas hotel.

According to the suit brought forth, Robert Pearman managed to cause so much damage to his three bedroom 5829 square feet luxury suit at The Encore Tower Suites that the hotel has been forced to collect arrears to the tune of $100 000.

The fracas is said to have first caught the attention of the hotel on the weekend of March 30th this year when Robert Pearlman was seen wandering the hotel’s premises in a state of drunken disrepair leading to hotel security coming across Pearlman partying with an entourage of up to 5 women. I know if only you could party like a rock star too.

Told our hero purportedly to responding police officers: ‘I take full responsibility for what happened here. We were partying,’

‘I did all of this. I am responsible for all of these people. Let my people go.’

Police reports have gone on to tell that the floor was strewn with broken glass, food was smeared everywhere – the walls, the floors and the draped. Furniture was kicked over and chairs pillows and six lamps were damaged.

A decorative vase was broken, as was a book about Michelangelo and a speaker, according to police reports. At the time of the fiasco hotel’s staff estimated damages, estimated the cost of repair and labor, at more than $96,000.

They offered several times not to press charges if our hero paid the amount up front, told police.

Instead, Pearman lashed out at the employees and at the hotel’s owner, billionaire casino magnate Steve Wynn. Naturally.

Robert Pearman – a workers compensation lawyer from Encino, California -vowed to the take the issue to court, saying he would ‘depose Steve Wynn and make this place Napalm.’

When he refused to pay the damages, officers arrested him on a charge of malicious destruction of property.

Pearman’s assertion at the time that he ‘took responsibility’ for the condition of the suite appeared to be a drunken boast.

The same drunken boast that one imagines led to his highness scatter braining his way to the abyss of self consciousness.

Isn’t it time you dropped by the The Encore Tower Suites at Wynn Las Vegas for a relaxing weekend too?