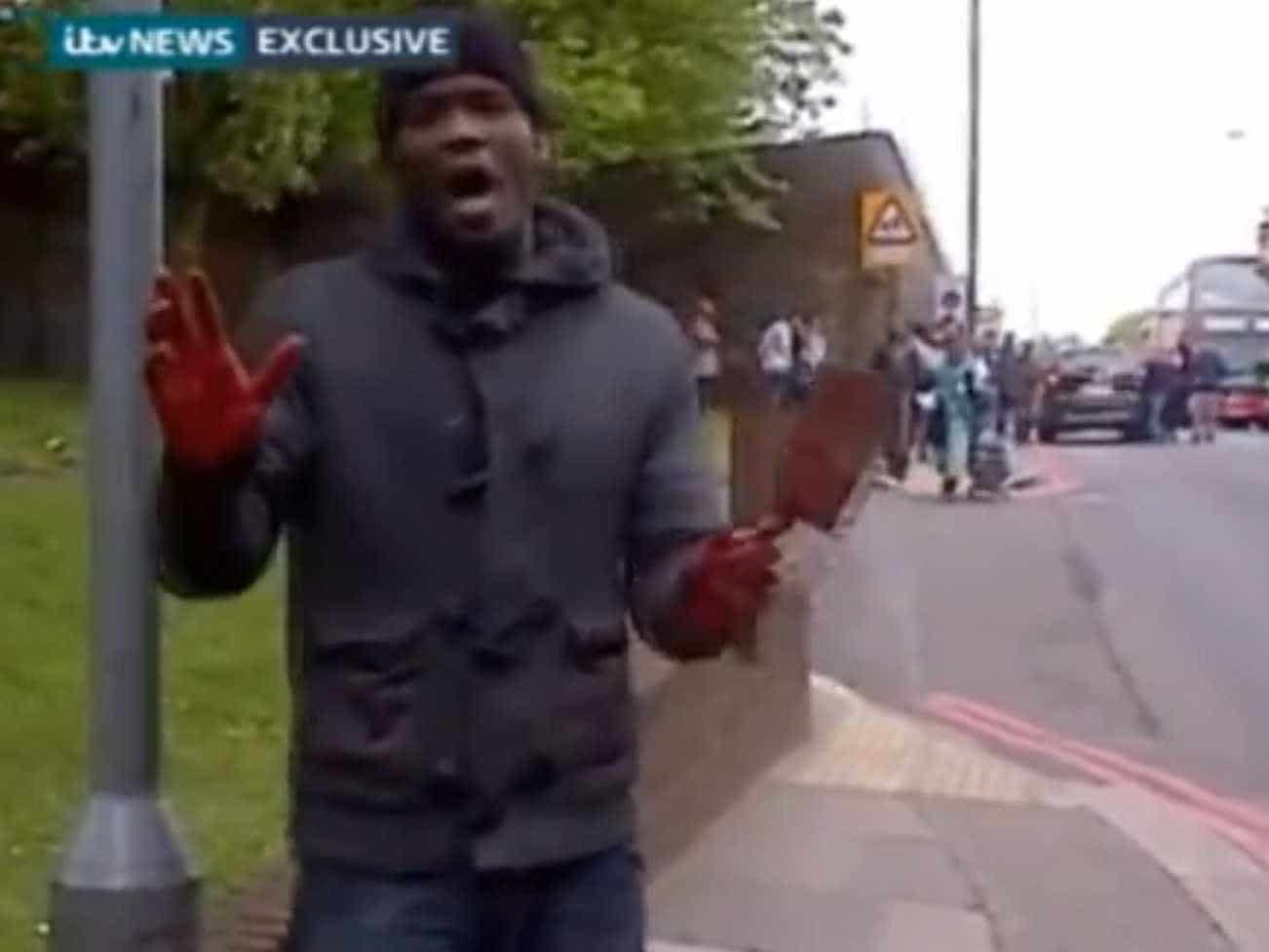 It went down something like this,  Michael Adebolajo and an accomplice crashed a car into a soldier named Lee Rigby on Tuesday in Woolwich, southeast London, and then they hopped out and murdered him with meat cleavers and a machete. What proceeded from there was a surreal moment where Michael Adebolajo and his accomplice did a wavering jig over Lee Rigby as he lay there dying whilst passer-bys video taped the eerie scene. It was shortly there after (20 minutes which really isn’t so short after all) that police arrived shot the resisting ‘terrorists’ before carting them away.

What remains though is this unedited verbiage courtesy of Michael Adebolajo as he aims to explain why he had to do what he did. The question is ought we to believe him and wonder perhaps what may have really motivated him?

The only reason we have killed this man today is because Muslims are dying daily by British soldiers. And this British soldier is one. It is an eye for an eye and a tooth for a tooth. By Allah, we swear by the almighty Allah we will never stop fighting you until you leave us alone. So what if we want to live by the Shari’a in Muslim lands? Why does that mean you must follow us and chase us and call us extremists and kill us? Rather you lot are extreme. You are the ones that when you drop a bomb you think it hits one person? Or rather your bomb wipes out a whole family? This is the reality. By Allah if I saw your mother today with a buggy I would help her up the stairs. This is my nature. But we are forced by the Qur’an, in Sura At-Tawba, through many ayah in the Qu’ran, we must fight them as they fight us. An eye for an eye, a tooth for a tooth. I apologise that women had to witness this today but in our lands women have to see the same. You people will never be safe. Remove your governments, they don’t care about you. You think David Cameron is going to get caught in the street when we start busting our guns? You think politicians are going to die? No, it’s going to be the average guy, like you and your children. So get rid of them. Tell them to bring our troops back so can all live in peace. So leave our lands and we can all live in peace. That’s all I have to say. [in Arabic:] Allah’s peace and blessings be upon you.