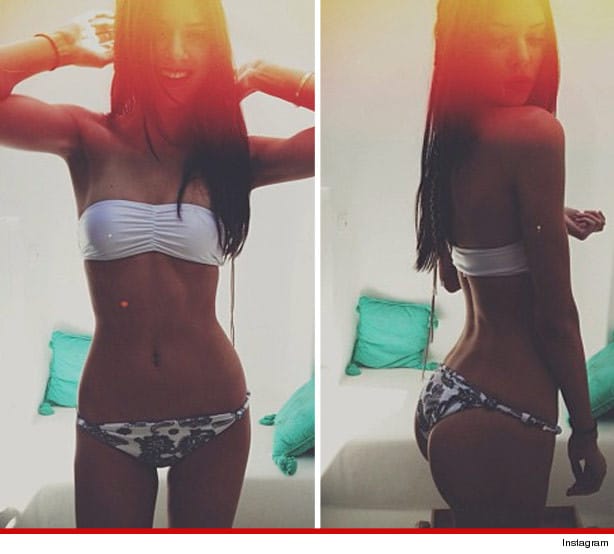 Kim Kardashian is not ashamed of her body. Or is she?

Oh really? Kendall Jenner now wants to the media to leave her alone…

Making media chatter this Tuesday morning is the parasitic relationship between Kendall Jenner, aspiring model and media whore and that of her sister, Kim Kardashian, actual media whore on a downswing now that she has put on the weight.

The zip came after Kendall Jenner posted pictures on twitter of her looking extraordinarily svelte in her bikini as she languored in delight in Santorini, Greece (yes someone has to live the good life and it might as well be the Kardashians). Yet that led to some tying the dots courtesy of a video that big sister Kim Kardashian recently posted in relation to her sister’s body whilst she on the other hand has had to weather the tabloid’s constipation of her putting on some extra few pounds  courtesy of her pregnancy.

The UK’s dailymail explains: The 32-year-old reality star posted a Keek video titled ‘Envy’ in which she gave her 17.6 million followers a peek of her little sister tanning.

Kendall was lying face down on a sun lounger wearing a neon green bandeau and black bikini bottom.

Look at this body on my little sister Kendall Jenner,’ Kim said.

The teen immediately quipped, ‘That would be creepy. You’re a creepster!’

The six-months pregnant Kim responded: ‘I’m just saying I’m so jealous of how tall you are. I’m not trying to be creepy.’

Don’t worry Kim, it wont be that long before you give birth and you can go back to dieting to your heart’s content so you can somehow look closer to that image in your head that we all just wish you would just give up on and finally accept yourself. Large and bountiful is also ok too. 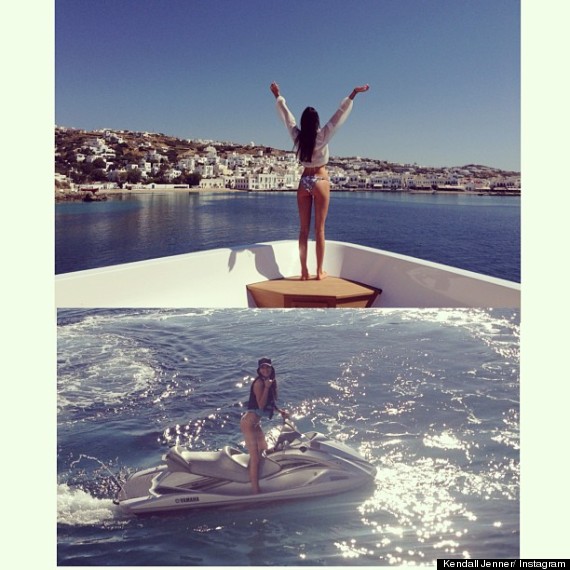