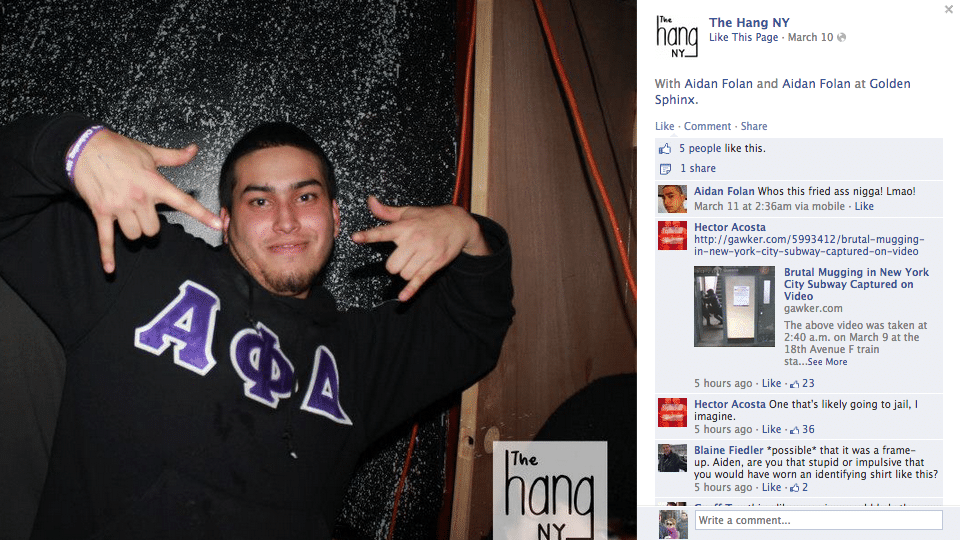 Yes you will eventually get busted when you are stupid enough to wear incriminating signs that lead back to your real identity.

The internet has been awash this morning with rumors as to the possible identity of one hooded individual who took to battering one unsuspecting woman on March 9th at the 18th Avenue F train station in Borough Park, Brooklyn.

As soon as media outlets began posting their accounts commentators went to work as they loudly wondered the true identity of the hooded assailant.

This led to one avid commentator posting the purported identity of the assailant as Aidan Folan and a link to their Facebook page where lo and behold they are seeing wearing the same sweater in the video….

Which led to the following. Gawker explains:

A quick look through his public photos revealed that Folan, a broadcast journalism major who graduated from St. Francis College last year, had been wearing a black Alpha Phi Delta sweatshirt on the night of March 8, hours before the robbery. “Stugotz” appeared to be his pledge name. One commenter noted that the figure in the video was wearing a purple bracelet, and that Folan had a purple bracelet in several recent photos. Another matched a keyring caribiner Folan was wearing to one that the mugger in the video had on his belt.

The information spread: commenters at New York‘s Daily Intel had also found Folan. And Folan’s Facebook page. His photos were flooded with comments linking to the Gawker story and speculating how long it’d be before he was arrested: 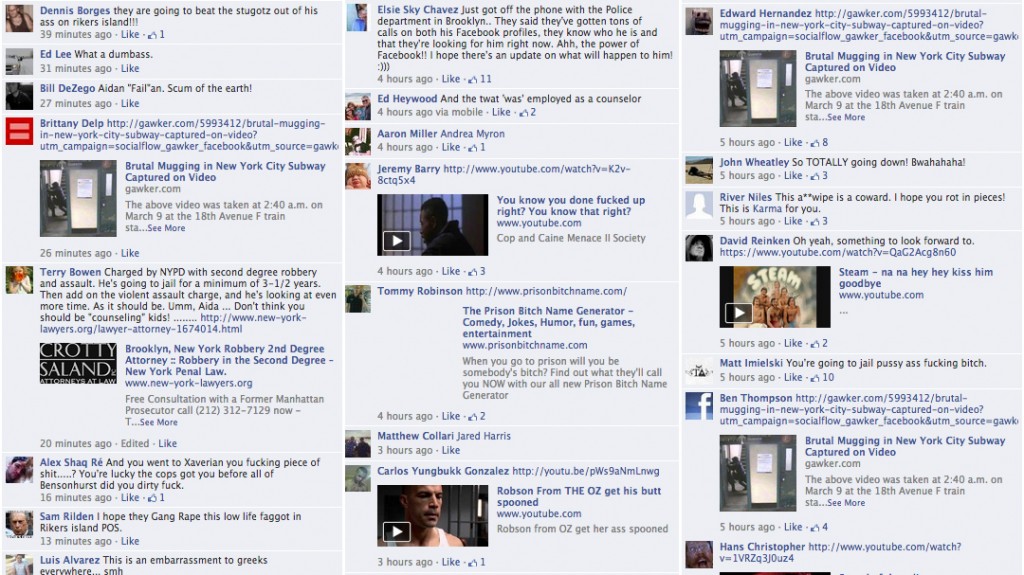 above images via gawker