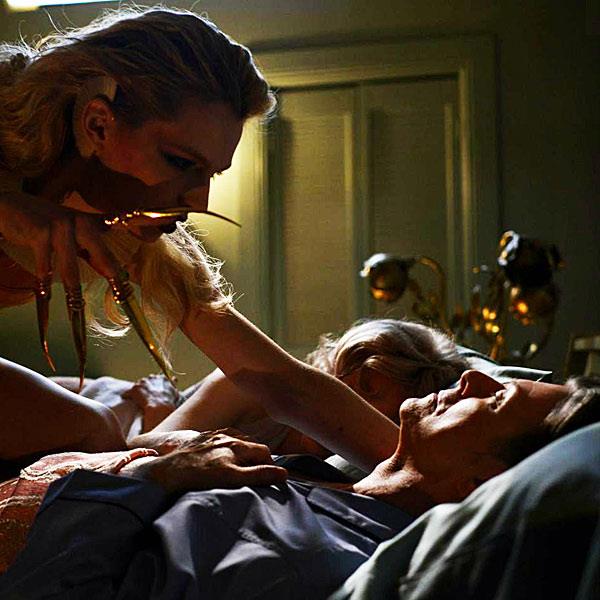 Everyone wants to be a ‘Rock Star.’

Oh David Bowie, what took you so long my dear…?

I have a confession, I am an avid David Bowie fan, but I suppose many of you are as well. The quintessential self made man/performer has always challenged himself and ourselves to come to terms with music, art, sense of self, identity and of course as his newest release, The Stars are out tonight(finally) from his soon to be released  forthcoming album, The Next Day, on the concept of celebrity and stardom.

His newest song takes on the guise of David Bowie living a purportedly content life with androgynous and dead ringer for Bowie himself, actress Tilda Swinton who plays his onscreen wife.

Yet not is all as it seems as the couple are tortured by the new neighbors (or is it really their demons?) who move in next door. Neighbors who turn out to be ever so glam, androgynous and larger than life as has always been the persona of Mr Bowie himself.

Reflects the UK’s telegraph: It is, of course, a role Bowie himself occupies for many fans, a human being transfigured by fame into a celestial body, and his pithy lyric showers sympathy on each side of the divide. Although written from the point of view of a star-struck admirer on the wrong side of the red rope, whose life is mysteriously enhanced by this illusory relationship, he is well aware that the stars themselves are not what they seem behind the windows of their stretch limos, “gleaming like blackened sunshine”. They are “sexless and unaroused”, “broke and shamed or drunk and scared”.

The video also stars the personas of much adored glam cult androgynous figures themselves who play Mr Bowie’s alter ego’s, Andrej Pejic and Saskia De Brauw. As the Facebook page which plugs the new release tells the song is directed by Floria Sigismondi and shot by Jeff Cronenweth, this story at once captures a twenty first century moment in its convergence of age, gender and the normal/celebrity divide.

Tells npr: The album The Next Day will be out first in Germany on March 8th and then in the U.S. on March 12. Tony Visconti, who has been producing David Bowie records since 1969’s Space Oddity, told the BBC, Visconti said, “If people are looking for classic Bowie they’ll find it on this album. If they’re looking for innovative Bowie, new directions, they’re going to find that on this album too.”

Such a delight to have David Bowie, a true master and visionary who scared some of us for a moment with respect to his health that he is now as he has always been back to inspiring us and of course mesmerizing us with the ambiguous concept of being, identity and stardom, something one would expect Mr Bowie has had a chance to consider since his last album release over ten years ago.

And below his first released single,’Where are we now?’from his forthcoming album release.