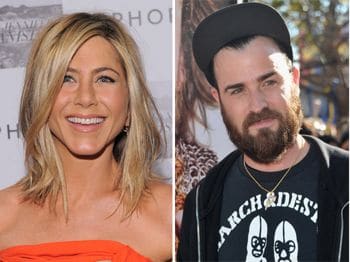 The tribulations of being Jennifer Aniston.

The world is wooing itself to sleep this afternoon in the knowledge that their collective heroine Jennifer Aniston has done the unthinkable- steal another woman’s man, and as you can imagine the little angels aren’t very happy.

foxnews: Despite calling Angelina Jolie “uncool” for moving in on her ex-husband, Brad Pitt, Jennifer Aniston’s romance with Justin Theroux has ended his 14-year relationship with his live-in girlfriend Heidi Bivens — who moved out of their home last weekend, Page Six has exclusively learned.

Sources tell us Hollywood costume designer Bivens “is devastated” after Theroux abruptly ended their relationship as he got close to Aniston.

Last time we saw the word abrupt being used in a sentence it involved Colonel Qadafi launching a lethal offensive against his very own people for daring to voice the desire to be heard. But this is Hollywood and what matters most isn’t honor and commitment but longevity and the blessing of seasoned producers willing to look the other way when their heroines are caught wondering the fields of bludgeoned carcasses.

Aniston, 42, and Theroux, 39, met last fall on the set of “Wanderlust,” due in October, but in recent weeks they have become inseparable.

A source told us, “Heidi is heartbroken. She was completely blindsided. She and Justin had been together for years, they had a home. Then he met Jennifer and everything changed. At first he claimed he and Jen were friends.”

Oh the smell of blood. But unlike the squeaky good roles our heroine gets to play maybe this is the award winning role she has been destined to play ever she hit the dramatic headlines of will our poor Jennifer ever find a man to surrender her soul to. Never mind the tears pelting in the alleyway.

At present neither Theroux or Aniston’s publicists have returned phonecalls confirming the misty patina of blood soaked ocean views.

JENNIFER ANISTON TURNS UP TO NYC TO PIMP HER NEW PERFUME

RUPERT EVERETT WANTS TO TELL YOU HE’S NOT PARTICULARLY THRILLED WITH HOLLYWOOD OR JENNIFER ANISTON.

JENNIFER ANISTON HAS A PLAN TO HAVE THE WORLD SMELLING LIKE HER.

WHO SHOULD JENNIFER ANISTON BE DATING NEXT?

IT’S CONFIRMED- JENNIFER ANISTON IS STILL FEELING SORRY FOR HERSELF.

IS IT TIME TO TALK ABOUT JENNIFER ANNISTON AGAIN?

ANGELINA JOLIE TO JENNIFER ANISTON- “GET YOUR HANDS OFF MY MAN.”