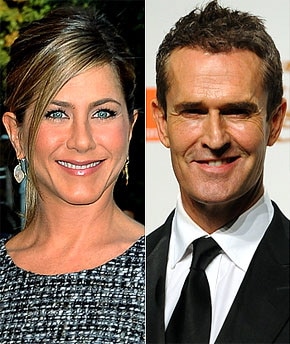 Will someone please give Rupert a role so he can shut up?

Moving to the end of the year, Rupert Everett, bad boy of English cinema and disco lounges has decided to let us all know that as much as Hollywood is good at making dreary films it’s terrible when it comes to appreciating his special gifts. Not only is it terrible and run by macho straight suits, it’s also a pecking ground suited just fine for one undeserving actress. Which actress? Her tears can be heard from the back end of the Hollywood parking lots right now. Sigh deeply…

Huffpo: Despite the stereotype, Hollywood is not at all liberal, says British actor Rupert Everett. In fact, for gay actors like himself, it’s quite conservative.

“I never got a job there, and I never got a job here, after [coming out],” he said. “I did a couple of films, I was very lucky at the beginning of my career… and then, I never had another job here for ten years, probably, and I moved to Europe.”

It’s not just him though; he thinks it’s a problem for all gay — and women — actors.

Which immediately makes us wonder- is it really a problem for just lousy actors, lousy heterosexual actors and in Rupert’s case lousy gay actors?

Which makes us wonder if Rupert was a lousy drunk heterosexual actor perhaps his life dilemmas would be solved? But then again at least according to Rupert he can thank his lucky stars that he’s not a lousy heterosexual drunk female actress, because they’re just sluts…

“Like Jennifer Aniston will just have one too many total flops. But she’s still a member of that club. And she will still manage to — like a star forming in the universe — a whole lot of things swirling around and suddenly solidifying into yet another vital tasteless romcom: a little glitter next to the Crab Nebula.”

The moral of the lesson- life is a bitch, you marry one or in Rupert case’s case maybe just date them or even become one? That said let’s hope Rupert’s fans have the tenacity to ignore his public rants, and the God Sheba wakes up and realizes he’s been kissing Jennifer Aniston’s ass way too much.