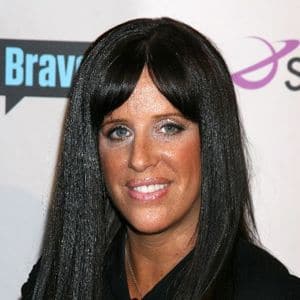 Let’s dive right in, shall we? Grab your tissues; this one’s a tear jerker.

NY Post : Season 4 contestants told Page Six the mouthy matchmaker’s comments and edits have caused them professional and romantic damage, as they gathered at Hudson Terrace to drown their sorrows.

Another pint for the “divorce attorney with an ugly bod, bartender!”

Who are these poor saps? Well, in the words of Patti herself, Let’s meet our millionaires!

NY Post: David Vroubel said Stanger called him “creepy” eight times, and the episode was edited to make him look socially awkward. “They backed a bus over me and then ran it over again,” he complained. “She said she had a one-in-five success rate — come on, she can’t even get married herself.”

That’s because in the state of New York, two men can’t legally get married, David.

Jason Teich, who’s pegged as a “tough-talking, heavy drinking guy from Brooklyn,” said he hasn’t been able to get a date since the show aired. “Producers fed me drinks and then Patti yelled at me for being an alcoholic,” Teich moaned.

Jason, we’ve got to remind you, you probably couldn’t get a date before the show either, hence your reason for being on the show. Maybe it’s a personal problem?

In any event, is it really even Patti’s fault? Whether she actually buys into her bullshit or not is irrelevant. The bottom line, these millionaires, many of whom are probably quite intelligent in their business affairs, are going on a reality television show. When in the history of reality TV, and some could say life in general, has love ever been real?

It’s time to take off the rose colored glasses and see that behind the façade of a real Millionaire’s Club. It’s Andy Cohen, pulling the strings to a well-orchestrated televised dating scam for Bravo, and he’s laughing all the way to the bank— with your millions.