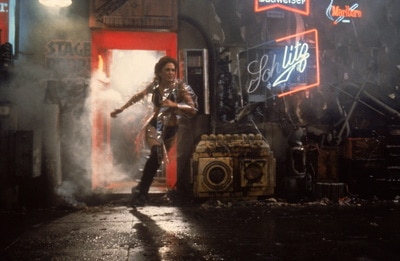 Think the internet is a free flowing sphere of space and content? Think again, it’s anything but that…

While WikiLeaks has, at least to date, failed to release any truly earth shattering information (unless you take the properly schizoid Gulf of Aden Stargate conspiracy theory seriously) signs seem to be showing that the WikiLeaks experience has completed the trace of its trajectory, inadvertently achieved its manifest destiny.

For it now appears that all of our breathless Wiki-gossip has busted wide open one pivotal secret: namely, Western civilization has finally succumbed to the realization that the space of the internet is not, and never has been, truly open or free. And as if on cue it is now being suggested that [i]f Americans want a truly free network, ‘we’ve got to build it from scratch,’ according to Rawstory.

Leading the not quite revolutionary stampede is Douglas Rushkoff, a professor of Media Studies at Manhattan’s New School (the ‘hipster Harvard’), who, to promote his book ‘ Program or be programmed;Ten commands for a digital age’ stated, “[T]he stuff that goes on on the Internet does not go on because the authorities can’t stop it. Rather, he argues, It goes on because the authorities are choosing what to stop and what not to stop. That is, such entities as the American government are now, and always have been, in complete control of one’s access to the world’s information (depending, of course, on your location).

Said Rushkoff: the authorities have the ability to quash cyber dissent due to the Internet’s original design, as a top-down, authoritarian device with a centralized indexing system. Essentially, all one needs to halt a rogue site is to delete its address from the domain name system registry. This despite the common misconception of the ‘net as an unruly, uncontrollable and completely distributed network.

Though such talk is nothing essentially new for a select few scholars on the subject, it comes as veritable bombshell for the American public. Rushkoff has admitted as much, saying the following, [The general public] didn’t realize that the only difference is now we can see that we’ve been censored.” Meaning the reality hasn’t changed, only its representation - the mark of a first step in a new direction.

Which is to say that the current WikiLeaks episode being played out in full public view has succeeded in revealing the overarching issues that have long kept Western activists from turning the web into an immaterial plane of immanent info-freedom. An exposition which one could argue has been the primary goal of Wikileaks, subsequent leaks aside…

The Assange scandal, I suggest, has prompted a new set of online values by revealing realities hitherto more overlooked than hidden from view. Specifically, these are that power on the net is less about freedom of