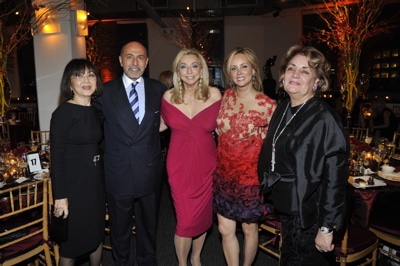 Guests enjoyed cocktails, canapes and the visage of donated artifacts (courtesy of such featured artists as Roy Lichenstein, Tom Otterness and David Butle) which were to be silently bid on before being served dinner. With respect to some of those artifacts it was noted that a Mr Val Hernandez was forced to return to one particular item and re bid a new higher amount, before eventually standing guard over the said item, to his delight.

Mario Buatta charmed us with stories of his illustrious career as a decorator and at best he advised as much as he enjoyed his profession these last 40 years he had come away with the opinion that most women are quite mad,which is to say he has been challenged by their propensity to come up with new decoration plans every 43 minutes. Betsy Bloomingdale expressed great joy at being honored and that it was important that the Museum mantain its vanguard efforts. Which is not to say the paparazzi were also mantaing their efforts to take pictures of Mrs Bloomingdale and her grandchildren when they finally entered. But really who could blame them? 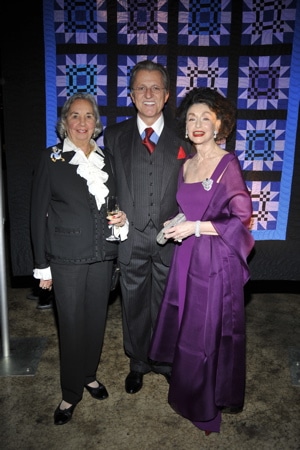