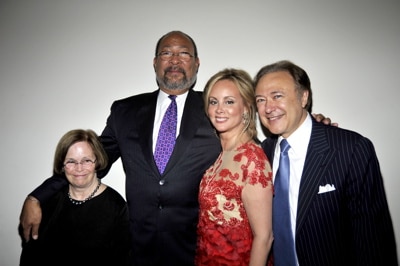 Tuesday evening saw a festive gathering of much admired gentry who had come for the American Folk Art Museum’s Benefit Gala with the view to honoring advocates for the arts as well raising funds for a variety of the Museum’s educational and cultural programs. To wit with buoyant good cheer a grand amount of $750,075.00. was raised that evening. Which in this author’s opinion isn’t bad work if you can get it…oh dear.

There to be honored were Betsy Bloomingdale, Edythe and Eli Broad, Mario Buatta, Shafik Gabr, Sheila C. Johnson, Latifa Kosta, and Kiki Smith. Beloved Yaz and Valentin Hernandez alongside Laura and Richard Parsons served as dinner chairs while Barry Briskin (who gave a rousing speech as to the merits of the educational program the museum has in place), Evan Chesler, Lucy and Mike Danziger, Phyllis Kossoff, Petra and Stephen Levin, Dorothy Lichtenstein, Elizabeth and Irwin Warren served as vice chairs to a gallant evening that saw rambuctious bidding on a variety of items, including stays at vacation homes (courtesy of the above  named dinner chairs) which were bought by Shafik Gabr and Latifa Kosta, and inspiring speeches by Sheila Johnson and Kiki Smith who beseeched attendees of the mission at hand to give generously to an arena that should always be propagated- the arts. 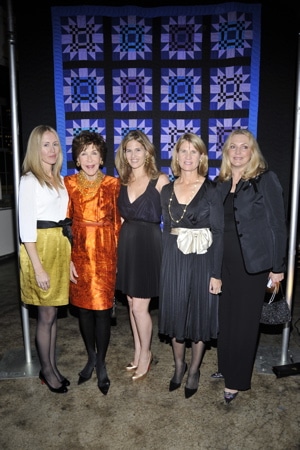