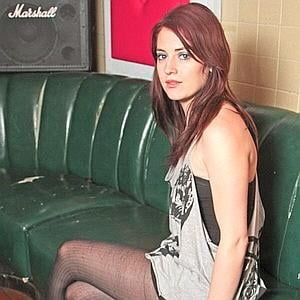 Have you heard of Alex Stebbins? You should. She’s very famous. What makes her famous? Her ex boyfriend’s ex girlfriend Lady Gaga who recently came back into her then boyfriend’s life and tweaked him away from her. To be sure, the tears made it all the way to the gutter in front of Alex’s front door. Hopefully that day you didn’t get your feet drenched as you rushed from one part of Brooklyn to the other part. Brooklyn of course being where Ms Stebbins until resided with her live in ex boyfriend Luc Carl, a drummer and bartender.

Stebbins, 21, and Luc Carl, a 29-year-old bartender and drummer, had been together for a year, she said, when Gaga reentered his life.

“She can literally have anything she wants, and I had the one thing she couldn’t have, and that made her want it more.”

As you can see for yourself life has been woefully tough for Alex Stebbins. At one point life used to mean everything, especially when she knew she had the one thing Lady Gaga could never have. Of course life suddenly became ominous when Lady Gaga decided to one day put a stop to that illusion…

Carl confessed that the day before heading west, Gaga had showed up at their apartment in Brooklyn’s Carroll Gardens.

She stayed for half an hour, begged for him to come back, and he agreed.

As much as you are tempted to relegate Alex Stebbins to the bin the way one does when one’s high heel refuses to behave itself one should rejoice in the knowledge that Alex Stebbins is actually a hot ho herself. How hot?

One day when Alex Stebbins is exceedingly famous and trolling through the back streets of Brooklyn, she will wonder why she even had the audacity to cry a river that only served to block the sewer one fateful day.