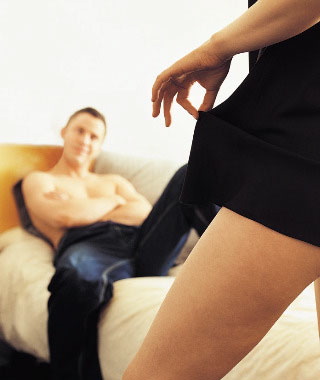 staring up at her, pornography playing on Jack’s computer and Jack there himself with a bath towel over his naked torso. He’d blown up a mattress for her, as they settled down with pornography videos, cocaine. Heineken, moisturizer and Marlboros, too accompanied the Harem sequence. Screaming, wailing—inviting the police with her shock, he was eventually arrested for domestic abuse, but Alexia went back with him, seven months later.

Jack was a hungry vampire. Extracting red, internalized blood, heartened proof of her human mortality, supplied him fire, fuel. Her low self esteem was his vast feeding pit. Making her bleed fed the viciousness more readily then watching her bruise.

Seeing him arrested instilled in her a warm, veil of protection, solace- but he was not even apologetic. He was sorry to get caught, that was all.

Freshly coated in the perfumes of some other ‘bitches’ as he’d like to call women, the central ‘girl’ or ‘girlfriend’ too weakened by desperate longing for him to return to their ‘sacred space’ would welcome his improved charm as a renewed vitality wrought by his traveling somewhere new! Or better yet, wasn’t his apparent glow in response to seeing her again? He missed me, she’d naively adulate. So happy to see him, the ‘girlfriend’ never suspecting he was screwing other woman, or watching models strip tease at an after hours, because she told herself he loves me!  He was in Long Island, visiting family, of course. She of course was in the city being self delusional….

Second, Jack gripped his anonymity so tight; extremely calculating when it came to bringing friends together, he made sure no girl had any of his male friends’ numbers or contact info. The older he became the more vulnerable he was to encoding the New York social environments with his actions, his presence, so he had to take extra precautions.

Making sure no information was relayed to his girlfriend could become a laborious task, so he simply kept her separate from all matters of his life; this avoided complications. She could only dare to wonder…

He liked to get intoxicated at night, and no girl as far as he was concerned was worth too much work; he preferred to be free.