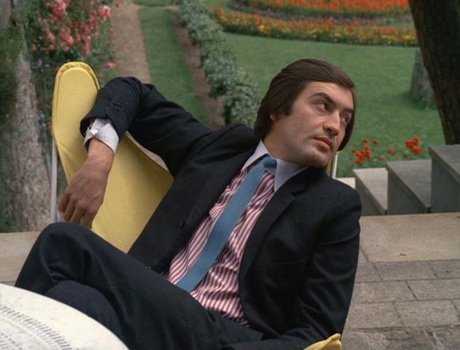 THIS IS A WARNING TO ALL FEMALES, ENCOUNTERING THE ARCHETYPE WOMANIZER- it is a danger to your health. That said we introduce our candidate for womanizer of the year-  Jack as an example of the perils of getting involved with this type of man.

As an introduction you should all know that Jack has been arrested for domestic violence (twice)—and who also has genital warts….

This is how our article begins but by no means is it meant as an indictment on Jack. Rather it is a reflection of a certain strand of male behavior pervasive in our society, eloquently delineated by Jack himself- THAT OF THE WOMANIZER.

The article simply came to me through an anonymous source and I decided to use it as a metaphor of the prevailing behavior of the many men women so often come across. It is a fitting article especially in light of the recent articles we have published (see footnotes at the end of this article) critiquing the female disposition in our current times.

We trust you enjoy Jack’s adventures and let’s hope he at least has changed some of his ways, but more importantly serve to inspire men that there are other choices of conduct out there and what clues a woman must look for in order to protect herself from the ultimate womanizer. Genital warts notwithstanding..- Scallywag.

My best friend dated this vampire predator two years ago; Alexia was her name. Twenty-five years old, she deemed him a fatherly figure, which gave her significant attention. Losing control to the man, his intoxicants, his demands—she learned to love and trust him. Everyone told her he was a bad man, a criminal—liar, cheat—but she kept at it. For some reason, she’d become addicted to him—to his vampire ways.

Anyone would have seen that Alexia was selling herself short, she’d done nothing to deserve such atrocity. He provided no money or physical comforts at 40, but he kept her on her toes while she refreshed the aging monster, I am a sovereign man; you can’t touch this, was his motto.

Genuinely criminal, loyal to mere game playing, promiscuous Jack was destined for adventure. Dangerously passionate by night, gregarious, mutable and roaming by day, he’d adventurously tread night time terrain, capturing whatever whim or women struck his genital fancy. Never having been educated or career-oriented enough to saturate the day, Japan, Africa and Asian travels forged him an identity independent from any one, from marriage. Israel would not steal his body, he was Palestinian, relentlessly well groomed and lazy, he’d still courageously violate if it meant justice.

Waiting up one night for the man she loved, Alexia heard a door squeaking in the abandoned apartment down the hallway. Curious who it could possibly be at 3 am she went to see. Opening the door she saw through the dim lights a nude teenager