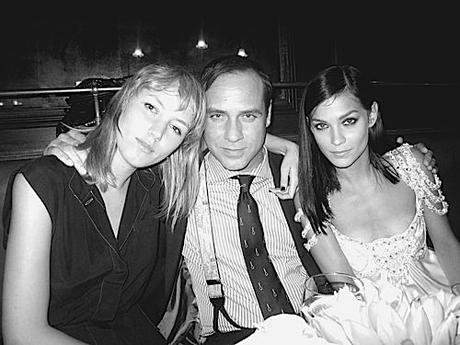 Just in time for the Holiday binging that we now you all like to partake in is the announcement that uber dj and club owner and anointed heart throb of the bobo’s (bohemian bourgeoisie just in case you are not one…) Paul Sevigny has come up with a new fab venue for you to all come back and misbehave in. As reported by Gawker-Paul’s worst nightmare and dick shrinker:

The venue, which our source didn’t want to name as a deal is in final negotiations, is near Soho and over multiple floors. It is not in the Puck Building as some (very tenuous) reports had hinted. To confirm its heir-to-the-throne status: Sevigny and his partners are considering bringing some furniture over directly from the shuttered Beatrice Inn.

The piece then goes on to suggest that Sevigny will look to upgrade the new joint with progressive culinary delights (of course as this author recalls last time he caught up with Mr Sevigny he does enjoy his fine dining- and if memory serves correct the geezer is indeed a charmer…), and will seek to go anti glam (of course which will perversely make it very glam- clever Paul…)

It’s pretty raw and fits Paul’s aesthetic, basically the opposite of Boom Boom Room and Avenue. Nothing glittery and opulent.

There will of course be the old furniture brought in (so you can familiarize yourself with the quaint venue…) and a possible journal dedicated to the assassination of bloggers and journalists that can’t get in or who are a tad capricious;

Some of the team have media ties and they’re joking about launching a publication called Spiked: A Journal of Rejection focusing on reportage that young journalists have had killed due to the industry’s contraction.