The next act was an energetic young vixen (Alexandra Alexis) who sang very enthusiastically about crushing her female adversaries in the field of competitive romance; I received the impression that, were another female to try to acquire the man that she herself had picked out as a breeding partner, she would take every available measure to rectify the situation and attain revenge.

Andrew and Andrew, the high-concept “interdisciplinary celebrity creative team” made up of two identically-dressed fellows with identical names, (whom I am told Scallywag himself is very fond of) were on hand to DJ as well as to criticize things. I ran into one of them – Andrew, I suppose – in the bathroom.

“This is without doubt the weirdest event I’ve ever attended,” he said.

“And look at this urinal. Look how high up it is.” There were two urinals; one was higher than the other. This is a pretty common attribute of male bathrooms.

“Yeah, I’m not sure why they always have one higher than the other one.”

“No, this one is higher than usual. My balls are resting on it.”

“I guarantee you that the people who run this place don’t know about that sort of thing.”

“I was just kidding.”

“And look at this.” He pointed at the pink tiling job next to the sink. I suppose he was opposed to it.

“But here’s my favorite.” He pointed to one of those Glade air fresheners that was hooked into an outlet next to the bathroom door. You can probably imagine how a thing like that might horrify such a person as this.

When I left, the members of Electric Black were still outside, trying to figure out how to get home. As for Scallywag himself he was seen hanging outside with a beer and a cigarette in the other hand resigned to the fact he hadn’t been so clever after all (at least on this occasion) and fortunately for him offered the kindness of strangers to get himself home. 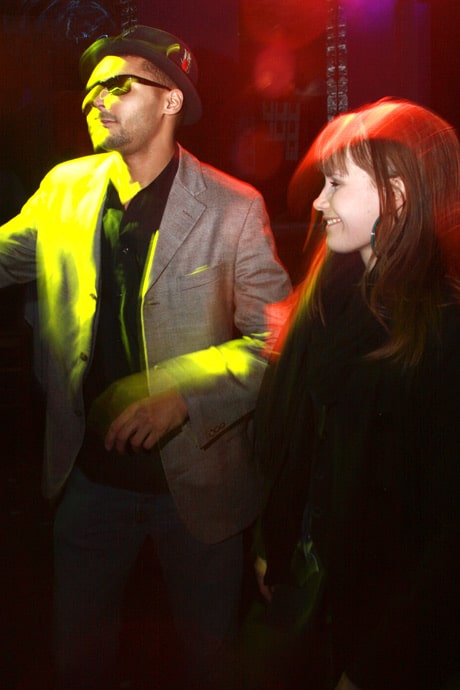