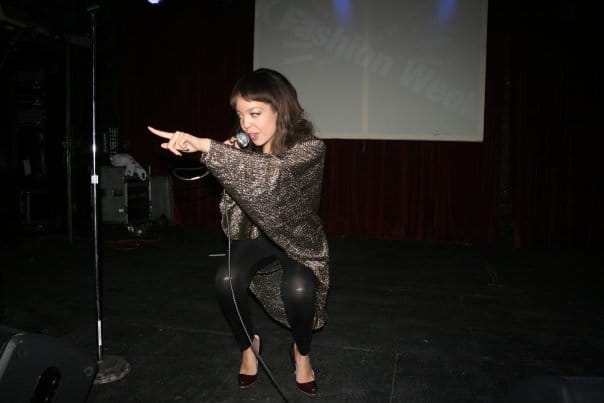 The first instance of Fashion Week to be held in the rising borough of Brooklyn was capped off with a similarly-incongruous after-party sponsored in part by our publication (whether by folly or a very clever attempt to achieve the impossible) in the middle of no where…at Red Hook’s ‘Hello Brooklyn.’ To follow is an after-action report.

There was quite a bit of discussion to be overheard on the subject of blogging, blogs, bloggers, the blogosphere, and whether there was still any money to be made in such things. The happy answer, it seemed, was “yes;” it was noted that the fall of newspapers, as distressing as it might seem on the surface to those in the content industry, was much akin to a tree which falls over and dies but which then serves as a platform on which mushrooms can grow. The tree, incidentally, is the newspaper industry, whereas the mushrooms are blogs. 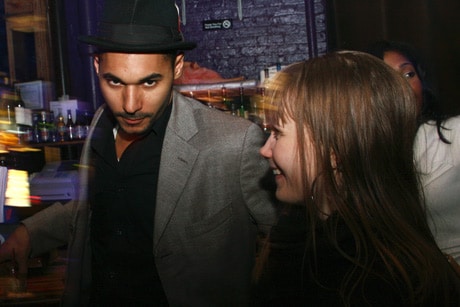 As with the rise of blogs, including our own, there was, inevitably, some degree of twittering also going on. One attendee spent a portion of the evening following the Twitter page of some female “microcelebrity” who was, by her own account, just then sitting down at an Italian restaurant and was very excited to be doing so.

A couple associated with the Bravo program Real Housewives of New York – one of the “housewives,” I believe, accompanied by a fellow who may have been the creator – hung around the bar area, chatting with people and sipping on things. Both were very pleasant and polite, even to the confused and drunken English fellow who asked them how they liked working in radio.

There was quite a bit of picture-taking, and to such an extent that I am almost certain that at least one person was photographed taking a photograph of another person who may very well have been thinking about photography or perhaps twittering.

Talking of pictures, Nicholas Fahey Editor in Chief of Glitterati magazine was at hand to offer the attendees a snap shot of themselves which he would then post on the wall for the said participant to rebuke or write something clever. When I looked at my own picture I unfortunately had nothing too clever to say but nevertheless was quite pleased with the idea of it all.