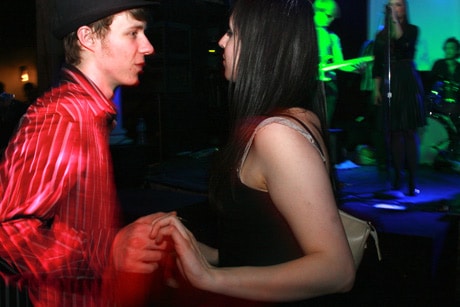 The first band of the evening, Electric Black, took the stage at some point. Electric Black sounds like what Frank Zappa might have sounded like if Frank Zappa had been influenced by Frank Zappa and had actually been Tom Waits in disguise all along. 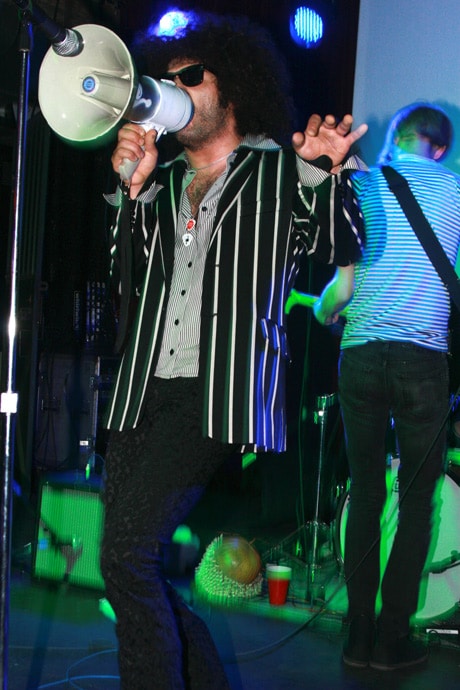 The band went over its set, though, and thus their microphone was cut off in order to get them to stop. The lead singer retaliated by picking up a bullhorn and yelling about how someone or perhaps everyone was “completely disorganized, completely disrespectful;” he was then yelled at and given the finger by a couple of attendees. The band then left, which was probably just as well insomuch as that it was difficult music to which to dance.