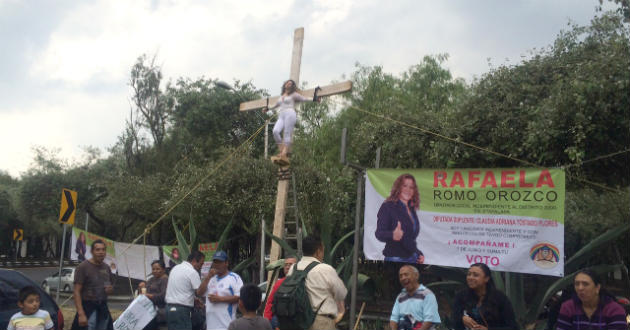 Rafaela Orozco Romo, a Mexican election candidate has caused disconcert after she crucified herself on a 20 ft wooden cross after being banned from standing in upcoming local elections.

The woman, standing as an independent for the 31 district of Iztapalapa, the poorest borough in Mexico City, in the Federal District Legislative Assembly would take umbrage after her application was denied despite garnering enough signatures to support her application.

In its denial the National Election Institute claimed the woman had forgotten to submit her expenses.

In defiance the aspiring politician then crucified herself in front of the offices of the National Election Institute in Mexico City.

Wearing no shoes and only white leggings and a cream top, Mexico’s politicalanimal reports the woman was tied to the cross for 2 hours during which time 40 individuals carrying protest signs rallied along with the woman.

In order to make sure Romo was withstanding her ordeal, a doctor climbed up the cross every 15 minutes checking Romo’s blood pressure eventually deciding the woman was risking her health. 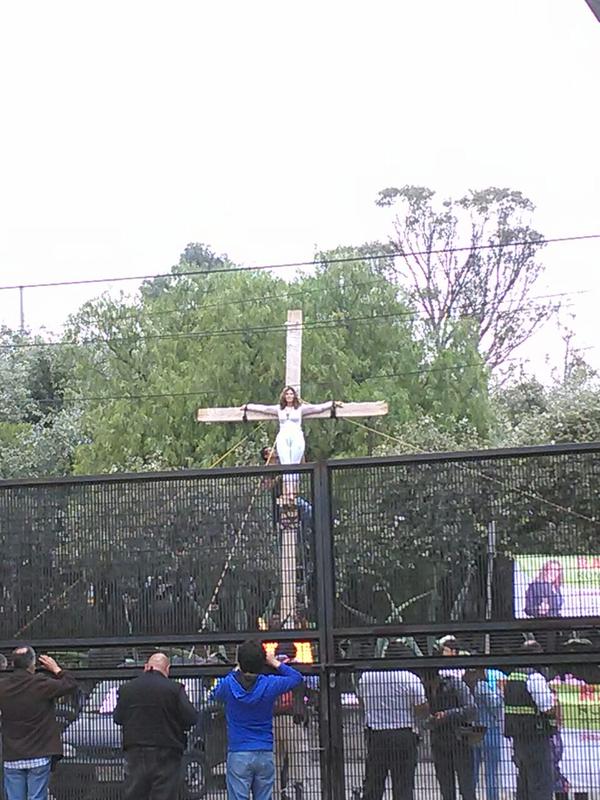 The protest caused traffic chaos in the area and afterwards Rafaela Orozco Romo slammed the decision to ban her.

Told the woman: ‘To us it was a challenge, getting the support signatures, passing all the filters and getting registered.

‘But now I don’t know why they encourage us citizens to run in elections if they don’t actually let us do it.

‘Participating in the election was not my personal decision. The coordinators of neighborhoods, transport and local businesses decided I should do this. The people decided and I only accepted.’

The local elections are being held in Mexico on June 7.

The Legislative Assembly in Mexico consist of 66 ‘deputies’, of which 40 are elected by the first-past-the-post system and 26 by proportional representation. 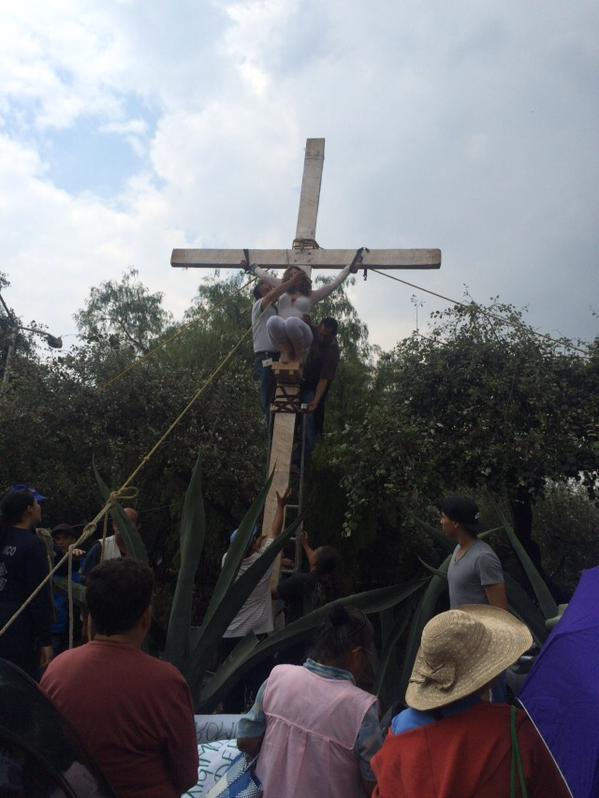 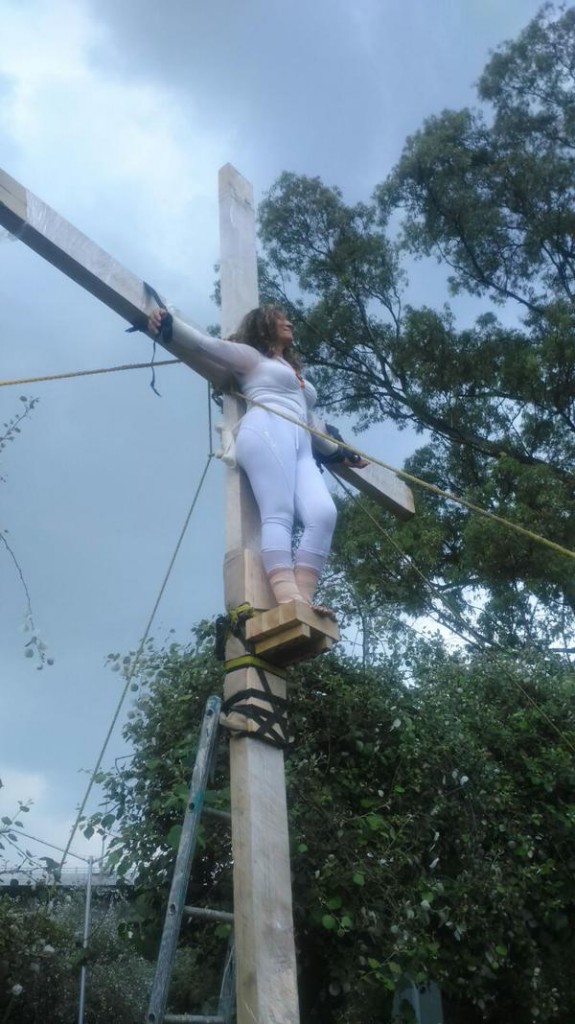