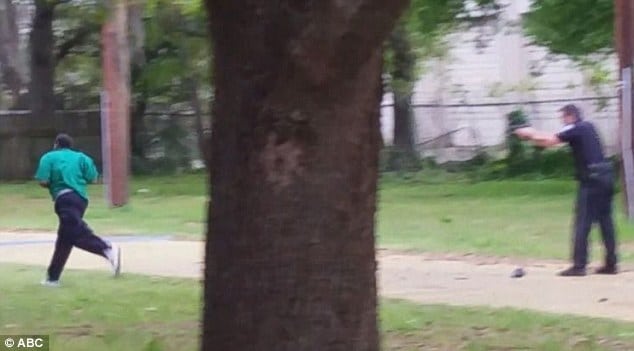 South Carolina police officer Michael Slager was today arrested and charged with murder after video (see below) showed him shooting a fleeing, unarmed black man in the back.

According to local reports the North Charleston Police Officer, Michael T.Slager, 33 and his victim, Walter Scott had been embroiled in a confrontation when Scott suddenly turned to flee. In turn Slager takes out his gun and shoots at him eight times before fatally striking Scott.

Following the shooting, the cop would tell he had followed ‘proper police protocol‘ and had resorted to using his weapon because he felt endangered and Scott had gone for his taser.

Unbeknownst to Slager, a passerby had videotaped the incident, throwing into disarray the cop’s assertions and claims.

The confrontation started when Slager had reportedly pulled over Scott because of a broken taillight. It escalated into a foot chase as Scott allegedly fled because there were family court-issued warrants for his arrest. Slager pursued Scott into a grassy lot and claimed that he fired his Taser to subdue him.

Moments later, Slager reported on his radio, ‘Shots fired and the subject is down. He took my Taser.’

A closer regard of video shows Slager going back to where his victim has fallen and dropping his taser weapon next to his victim’s fallen body. The action is noticed by another police officer who incredulously does not say a thing to Slager who it is apparent is attempting to frame his victim.

Also troubling are police claims that responding officers performed CPR and delivered medical aid to Scott, but the video shows the victim face down in handcuffs for several minutes after the shooting. Another officer shows up and appears to give Scott aid, but never performs CPR. Hardly the action of attempting to save a critically injured man’s life.

Since the shooting a lawyer for the victim’s family, Chris Stewart said that Scott had been arrested ten times in the past, mostly for failing to pay child support or show up for hearings.

Told the lawyer: ‘He has four children, he doesn’t have some type of big violent past or arrest record. He had a job, he was engaged,’ 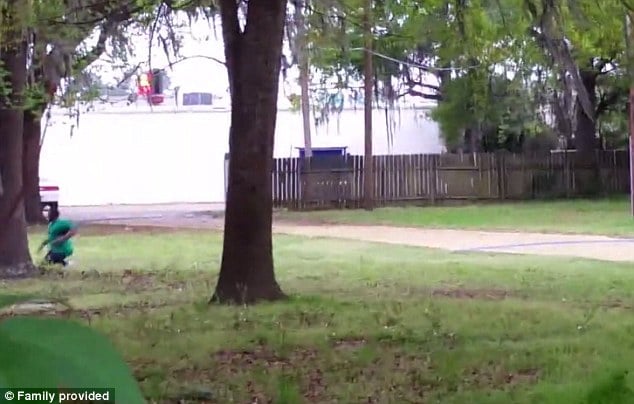 The shooting comes on the heels of several high-profile cases of police officers using deadly force against unarmed black men in Ferguson, Missouri, Cleveland and New York. This is one of the few times the offending officer has been charged with murder.

Stewart also said that they will file a civil lawsuit. The family urged the public to fight for justice legally instead of through violence.

‘We can’t get my brother back,’  Scott’s brother Anthony said. ‘I don’t think all police officers are bad cops, but there are some bad ones out there.’

The shooting death has since added to a national debate over whether cops are too quick to use force, particularly in cases involving black men and if the use of force is primarily a racially charged inspired? 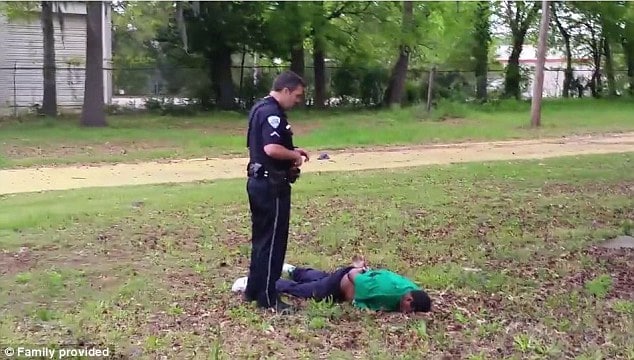 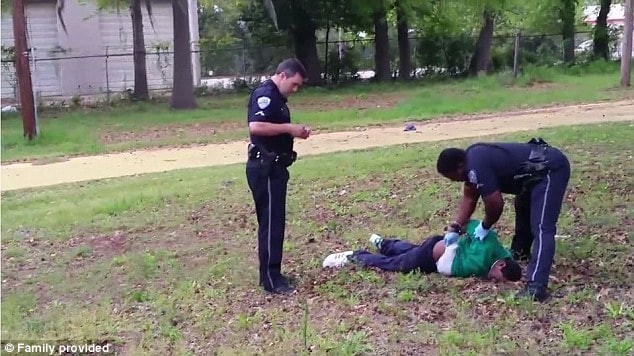 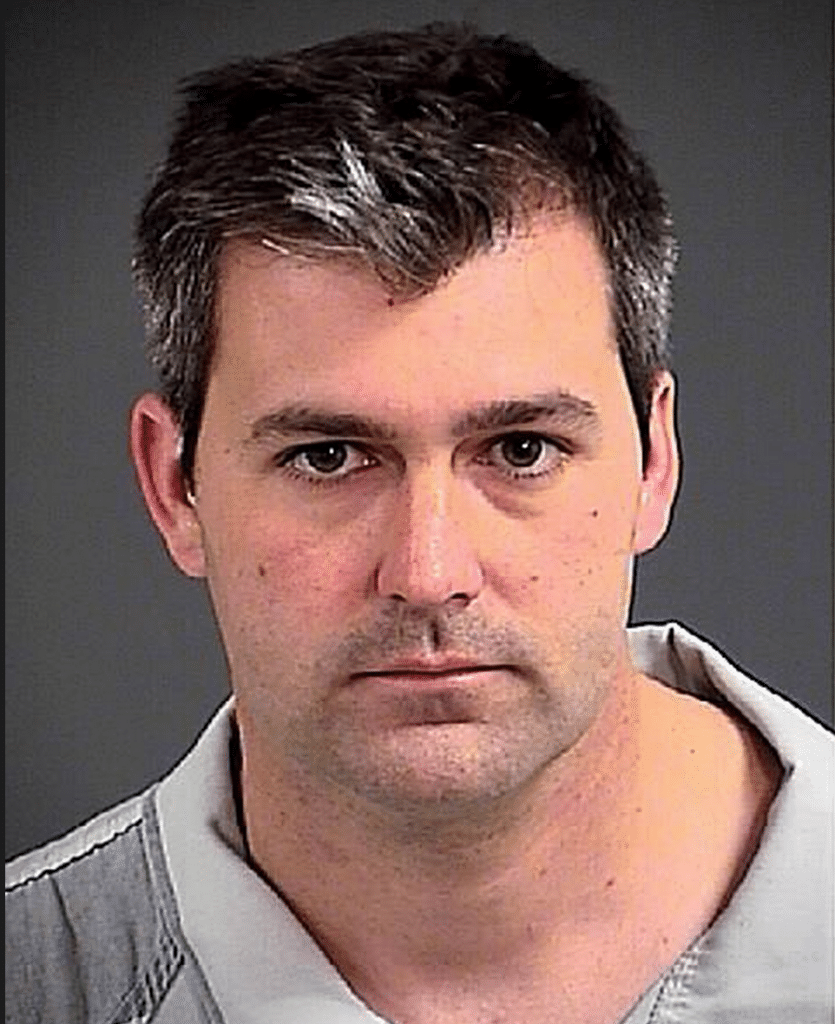