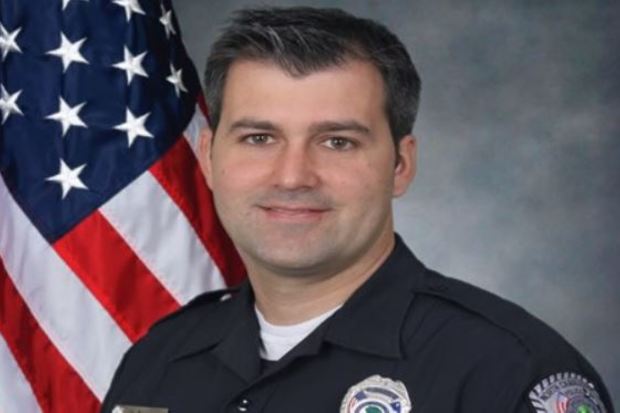 Supporters of North Charleston Police cop, Michael Slager who shot down Walter Scott in the back as he fled have taken to donating money to the Michael T. Slager support fund in anticipation of legal costs the police officer will be expected to meet mounting his defense.

Whilst many have derided the existence of such a fund which now exists on both Indiegogo, Facebook and twitter (@DefendMichaelS) supporters have argued that the Michael Slager was simply doing his job and protecting the community when he ‘resorted’ to violent force. With some supporters believing that the officer should not have to stand trial for murder

Reads one directive: ‘We’re campaigning to show our Support for Officer Michael T. Slager! We believe in all of our LEOs and want to publicly support them!’

‘Although he may have made mis-steps in judgement he was protecting the community.’ 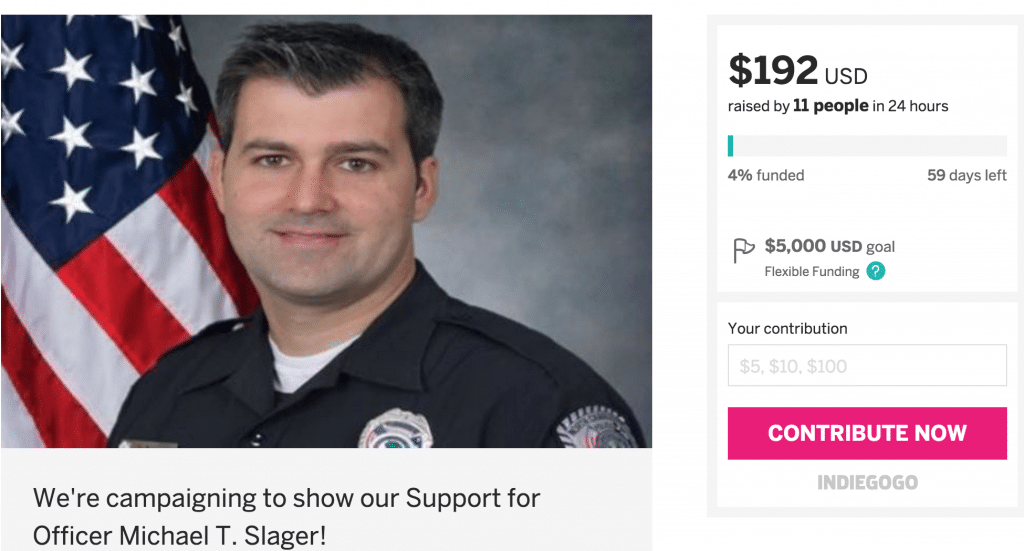 Nevertheless while supporters may exist, the appetite for such support as of time of press is exceptionally subdued, with an indiegogo fund having only drawn the support of eleven donors to the tune of $192 as of time of publishing. A desired amount of $5000 is stipulated.

Notes a facebook community board with a total of 48 likes supporting the cop: ‘If our actions have mislead anyone let me be clear, this site is to support a man that in our system of justice is innocent until proven guilty. I do not or will not support ANY criminal activity!! We are only lobbying for competent council and a fair trial for a family man who has served his country and community honorably.’

That said dissenters have chimed in.

Told Diane Rejman: I just don’t see how much more “proof” anybody needs, after watching a man get shot eight frigging times IN THE BACK. Oh yea – and he was also unarmed. Oh yea – and the cop is shown on the video planting something next to the body. Oh yea – and after eight shots in the back, he still talked to the guy, telling him to roll over, and put frigging handcuffs on him. Handcuffs on a man he just shot in the back. That’s one for the books! I see NO innocence here. I think all police officers should be supporting the fact this guy has been fired, and won’t have a chance to do something like this.

Efforts to raise money for Slager come despite gofundme’s decision to ban a fundraiser on their pages.

In an email to tpm, GoFundMe’s public relations manager, Kelsea Little told the page was removed because it violated the crowdfunding platform’s terms and conditions.