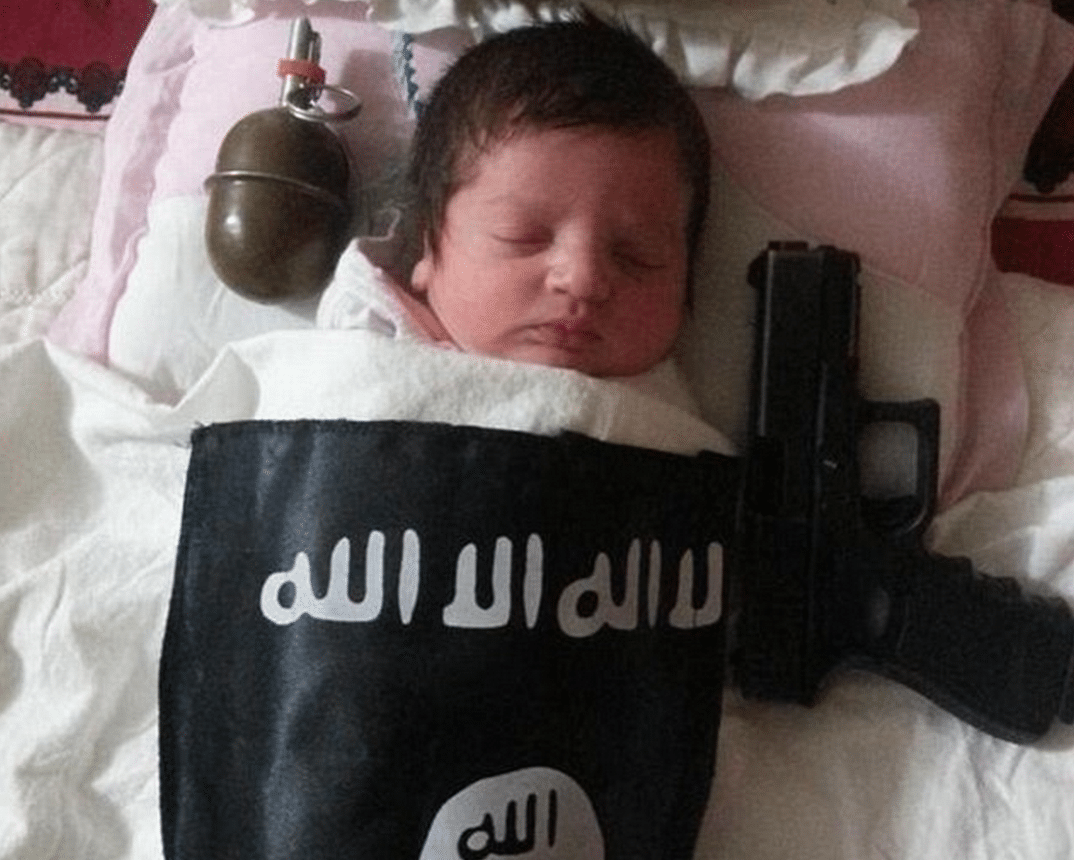 Making the rounds of the indefatigable and mind boggling is an image of a baby sleeping beside a handgun and a grenade underneath an ISIS blanket.

According to a report via the UK’s dailymail the image came to light via social media after an anti ISIS activist in Syria re tweeted the unverified image.

Read the caption underneath the above accompanying image as re tweeted by activist, Al-Raqqawi: ‘What will happen with this child?’

The picture of the baby offers that the child is newly born whose name is Jrah and whose mother’s name is Om whilst its father’s name is Abu. The image claims the certificate next to the baby is an ‘ISIS issued ID for a child.’

It is speculated the initiating image may have originated from an individual/entity sympathetic with the ISIS movement.

That said the image is one of many in recent months purposefully released on social media sites aligned with ISIS, which have documented the barbaric  assault of a variety of groups, including women, individuals suspected of same sex cohabitation, as well as religious enemies who have either been shot point blank, burned alive or had their head cut off.

Responding to the baby with grenade image, Abu Mohammed, an administrator for Raqqa is Being Slaughtered Silently (RIBSS) believes the child is the latest in a line of infants forced to pose next to weapons by their jihadi parents.

‘By showing the birth certificate, and the fact that the group are indoctrinating babies, I think ISIS are indicating they will be around for a long time.’

‘It’s an interesting signal of life within the caliphate. Obviously by posting opposition to the Islamic State from within their borders the activist is operating with great risk.’

Other images showcasing children include videos of children as young as five years old partaking in armed bootcamp training as well as one image of a seven year old child holding the severed head of a Syrian soldier with the accompanying caption courtesy of the child’s father: ‘That’s my boy!’

It is believed the process of indoctrination begins at a young age with the hope of churning committed fighters and loyalists to the movement’s cause and inspiring similar devout following in other parts of the world…. 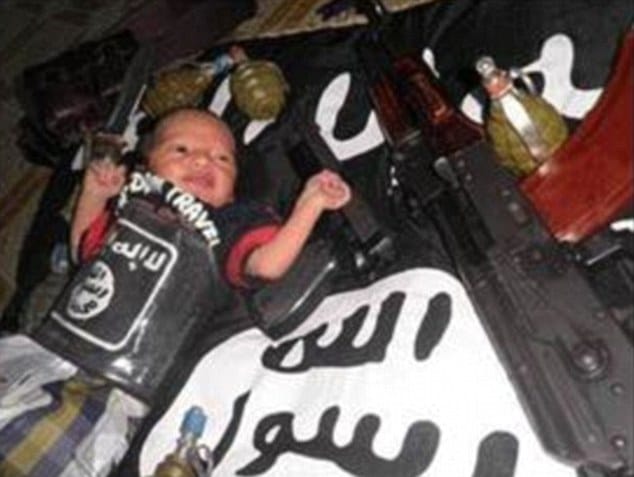 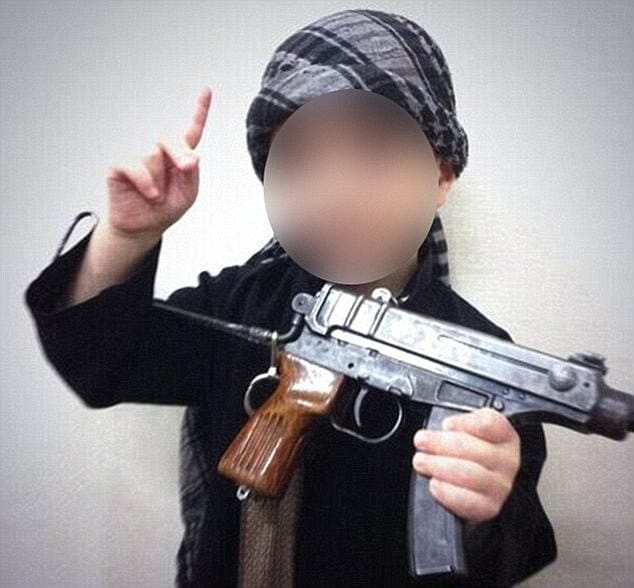