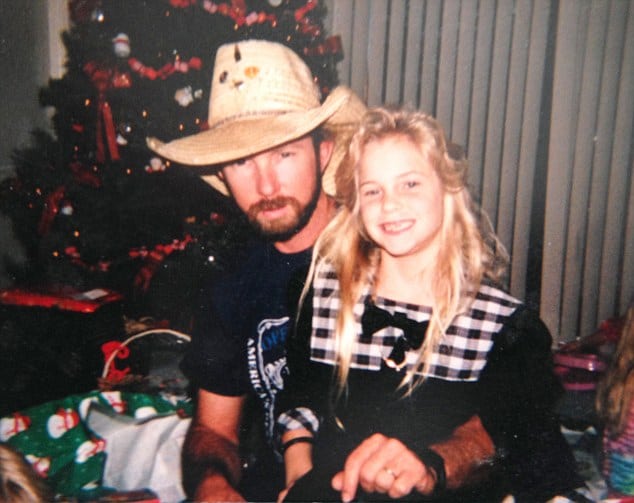 Adding fissure to the Prince Andrew underage sex scandal is the telling by ‘Jane Doe 3’s father, Sky Roberts that Prince Andrew should now face prosecution for having had sex with his then 17 year old under age daughter Virginia Roberts.

Virginia Roberts, underage girl: ‘I was paid to have sex with Prince Andrew three times.’

Speaking in support of his beleaguered daughter, Virginia Robert’s father told that his daughter’s claims should be tested in court.

Reiterated Sky Roberts: ‘I brought up my children and that includes Virginia to always tell the truth … Why would she lie?’

Adding: ‘Virginia told me a few years back that she met Prince Andrew when she went to London and she also said while they were there she met the Queen … [Virginia] had been flown to London by Jeffrey. He would fly her all over the world and she would give him massages on his private jet.’

Since her allegations that Roberts was ‘forced to have sexual relations with the prince when she was a minor’ between 1999 and 2002 in a deposition last week in a Florida court, Buckingham palace has been quick to denounce the claims.

In the deposition, Virginia Roberts claims she was ‘forced’ to have sex with the royal at parties in London, New York and the Caribbean. Going on to claim she was told to ‘give the prince whatever he demanded’ by his friend and financier Jeffrey Epstein, the US paedophile who hosted the parties – and that she was converted ‘into what is commonly referred to as a sex slave’.

Sky Roberts, who lives on a five-acre ranch in Summerfield, near Ocala, Florida, said he had never talked to his daughter about her allegedly being kept as a sex slave by Epstein and loaned out to other rich men.

But he insisted that if Prince Andrew did have sex with his daughter when she was 17 and under the legal age limit, he should be prosecuted.

Reiterating: ‘I don’t care if he is a prince or the guy who lives down the road … it should not have happened and they must face the consequences,’ he said. ‘Having under-age sex is against the law and he should be prosecuted.’

Although Scotland Yard has told it has not received any complaint related to the case it stressed that it would investigate the issue if an allegation was made.

Sky Roberts, who divorced from Virginia’s mother Lynn eight years ago, said he has not spoken to his daughter in three months. Miss Roberts and husband Robert left their home in Titusville, Florida, and are now in Colorado.

Her father said he never suspected she was being abused by Epstein and his friends; adding: ‘At the time we thought it was all OK. Virginia never once said anything about any sexual activity. I never asked her because I did not think that was going on.

‘Mr Epstein seemed an upstanding kind of guy. She would go to his house in Palm Beach but always come home. When he started flying her all over the world we just thought what a life she was having … All Virginia ever said was that she was hired to give massages.’

He said his daughter was never in trouble with police and avoided any involvement in drugs while growing up in California and Loxahatchee, Florida.

‘There was one occasion when she was taken to hospital with alcohol poisoning … She was about 15 years old. That was the only time she had been in trouble. Growing up she had everything she wanted. It was a good family life with her brothers Sky [now 25] and Daniel [now 35].’

Mr Roberts, who is retired, admitted he has not read any of the allegations made by his daughter and avoided reading her account in 2011, when she waived her right to anonymity and talked about her time with Epstein.

He said: ‘I still don’t want to know. Virginia has never talked about it with me, as it’s not the sort of thing a father wants to hear from his daughter. I might be putting my head in the sand, but that is the way I want it … What Virginia did back then is in the past.’

Mr Roberts said he visited her several times when she lived in Australia. She moved back to the US 18 months ago to be closer to her family.

Tellingly the father has now also told that Virginia was introduced by the prince to his mum, Queen Elizabeth. An assertion that the royal house has vehemently denied as Prince Andrew has now been called back from a luxury vacation in the Swiss Alps to bear account.

What is of intrigue is why until now Sky Roberts had been reluctant to know what his daughter was actually doing when she was being flown around the world at the behest of Jeffrey Epstein and why it only occurred to him now to bring the matter to attention?