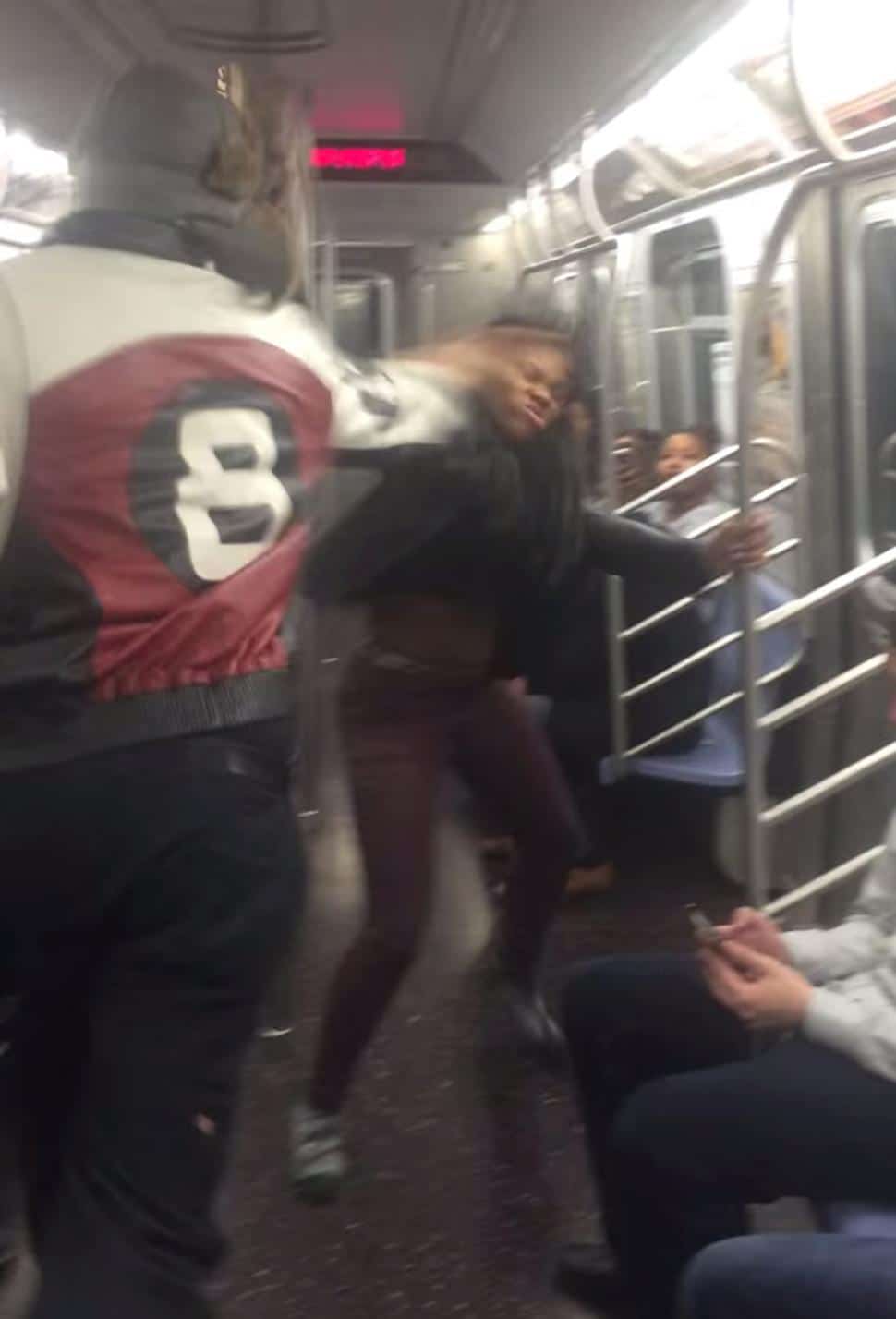 It seems what one can tolerate riding NYC’s subway has hit a new all time low with the release of a new video, aptly titled: ‘Man smacks the soul out of girl on the NY Subway.’

The video came to light after a fight broke out on an F train at West 4th st this past Saturday shows what happens when an altercation gets out of hand: the whole subway car gets involved in a massive brawl.

The ensuing violence begins when a young woman is noted taunting a fellow male passenger on the F train, egged on her by two female friends, presumably stymied by the man’s fashion sense, a leather 8 ball jacket and fur hat. To be sure she is a loud mouth who forgot to check her manners and doesn’t mind intimidating fellow passengers with her gangsta bravado.

All the while the man is being taunted (wouldn’t it just be better to keep one’s thoughts and opinions to one self in a public forum and sit down and let people be???) the man can be seen nodding and smiling. Until that is when out of nowhere he turns and slaps the bixch.

The slap sends the woman reeling as now another man jumps in and begins exchanging punches with the man.

From there others join in (who could resist?) and at one point the individual filming the fracas is singled out by the woman who initiated the taunting, knocking the phone out of the man’s hands. Not once but twice. Fuck manners.

Did the dude doing the slapping get out of hand? Most definitely. But was he out of bounds? Well I will let you figure that out for yourself.

Since the video going viral (783K hits) gothamist reports today hat four individuals have been arrested in connection to the fight.

Jorge Pena was transported to the hospital with minor cuts to his face; the other suspects declined medical attention at the scene.

Can’t we all learn to have some manners in public forums, even the subway? But yeah that was a mean slap, but she did ask for it right? 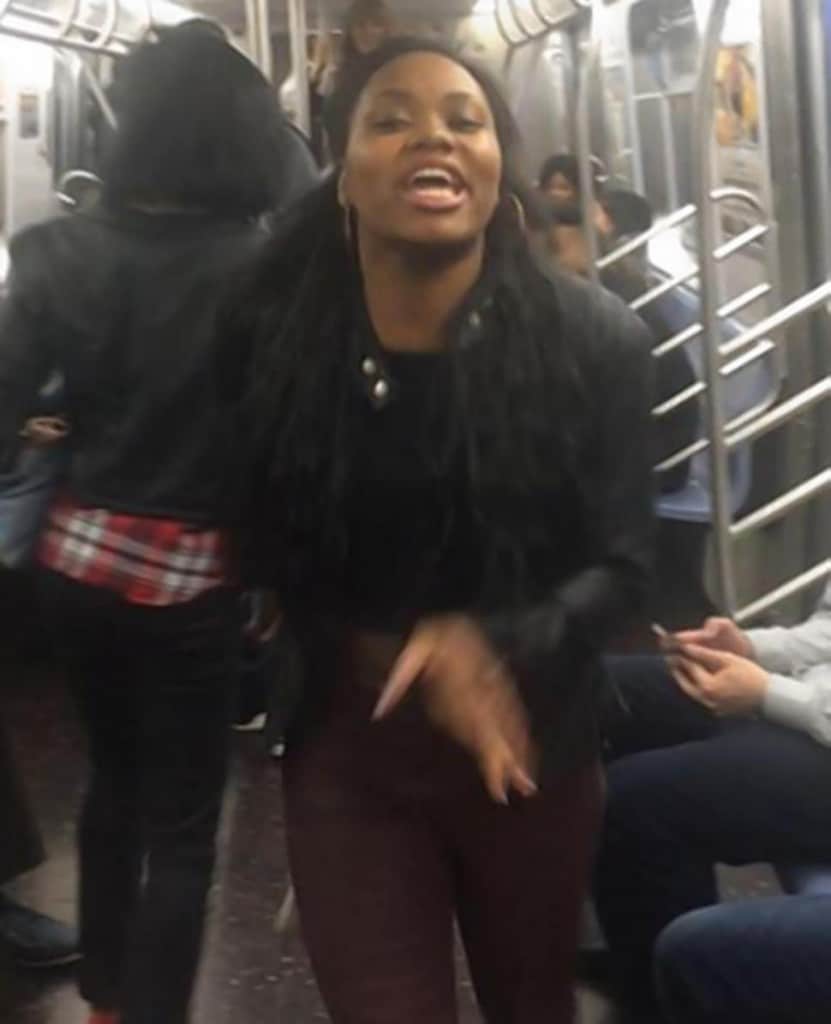 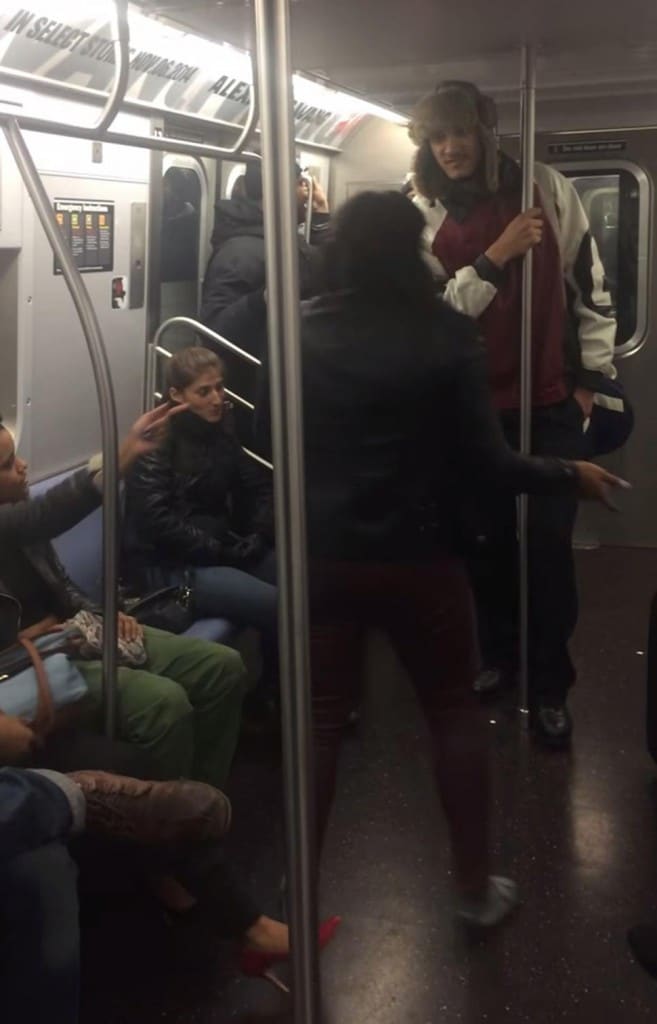