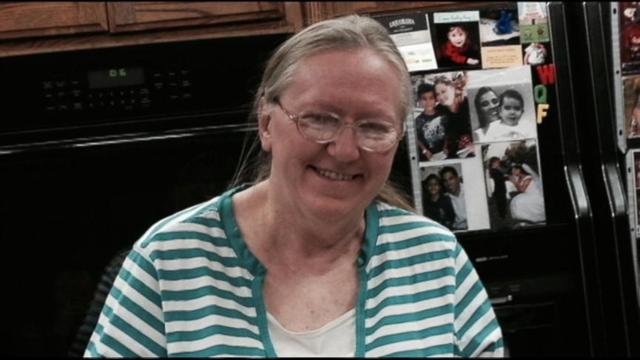 Although on one level the whole situation involving one Californian live in nanny, Diane Stretton, since been deemed the ‘nanny from hell’ is raucously funny, as one folly after another folly is documented, the reality of the situation is that Diane Stretton is an employee who came to be abused by at the hands of her employer who thought they could get one over Diane Stretton, until she decided to teach them a lesson.

Contemplates gawker:  The Bracamontes decided they needed a live-in servant to help care for their children, but they did not want to pay wages for that labor. Through some combination of greed, stupidity, and self-regard, they believed that in lieu of paying for the work, they could simply give the person they hired meals and a place in their house to sleep.

Now, to their shock, the Bracamontes have discovered that the person who initially agreed to work on their exploitative and illegal terms is unreasonable. They are so upset that they have gone to the press with this problem: that the person they unlawfully brought into their home, as an unpaid servant, now will neither work as their servant nor leave their house.

What a terrible problem for the Bracamonte family to have. Now they say they are afraid in their own home, because this person they were ripping off—this marginal and allegedly disturbed person they thought should be caring for their children—won’t go away.

But what did the Bracamonte’s in good faith really expect? Did they really believe in lieu of wages that they could just offer an employee some sketchy benefits and when that shit didn’t work out they could at the drop of a hat just haul the nanny out on to the street? How presumptive. How callous and how very American.

Then again weren’t the Bracamontes simply trying to pull off what many employers these days try to pull off? Get you to come and work and if they don’t like you just get rid of you without having to comply with the laws, without moral regard for the employee and in essence treat one as a throw away figure who has no recourse to the law should they come to feel that they unlike most people will not tolerate such behavior.

Yes the Bracamonte family are idiots. Presumptuous and too full of themselves. But of course we still pity them. They now have to contend with an old woman who has spent a lifetime being abused, misguided and admittedly unable to get her shit together. And whether the Bracamonte family thinks it’s fair or not, they are forced to live with the presumption that they could skirt Californian law and instead of offering a wage to an employee they could instead offer them some meals and board, believing that was always enough. Of course the truth is they were not doing enough but they Bracamontes will tell you otherwise.

Perhaps equally disturbing is why most mainstream press has declined to expose the Bracamonte’s and why the media has chosen ostensibly to side with the family (the video below via cnn had me livid) whilst all the while deriding the ‘nanny from hell‘ who at the end of the day, as unconventional as it may be was simply trying to protect her lot.

Reflects further gawker: Good for Stretton. How sadly fallen is this country when crooks like the Bracamontes can put themselves forth as sympathetic figures? Why, because they own a house? Because they “created” a “job”? The Nanny From Hell is an avatar of our collective future, the symbol of a nation that screws people remorselessly and pretends it’s business as usual. What do we expect will happen, after “entitlement reform” and “pension restructuring,” when everyone whose benefits have been looted reaches retirement age?

Which is to ask how did the common man come to be so screwed over the last few decades to the point where the owners of capital or job givers are the supposed true heroes of America when in reality so many of them are crafting devices to get out of ways of being held accountable until someone like Diane Stetton came along, at last.