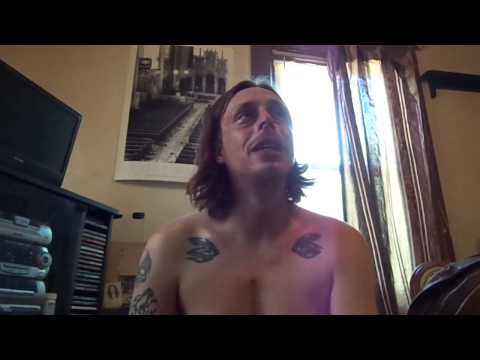 In the aftermath of the Las Vegas killings which took the lives of 5 individuals, including assailants, Jerad Miller and his wife Amanda Miller, focus has been merited on what Jerad Miller had posted both on Facebook and youtube preceding up to the attack, which it now seems was a long time in the planning.

But if we are to perhaps engage in the type of man that Jerad Miller actually was there is this video (shot in two parts) below where he Miller is describing his unbridled love for his wife just ahead of having to be sent off to prison, presumably for one of his car theft felonies.

Watching the  2 part video it soon becomes apparent that Jerad Miller is on substances of sorts (he was said to be heavily addicted to meth along with his wife) and that his life is in a kind of free fall where he is bereft of life basics, including medical insurance, medicaid (Indiana’s republican state controlled legislature where he was from denounce such basics) the basic ability to stay afloat and that he is living a kind of rough and tumble existence which has come to be the fault of the establishment which Jerad Miller has come to believe seeks to denounce liberties like his and other Americans.

Another video shows Jerad Miller speaking at the Bundy standoff where he alludes to the use of violence in the future.

In the clip, which aired in April, Jerad Miller warns that the Bundy protesters aren’t above using violence against the authorities:

I feel sorry for any federal agents that want to come in here and try to push us around, or anything like that. I really don’t want violence toward them, but if they’re going to come bring violence to us — well, if that’s the language they want to speak, we’ll learn it.

Another video shows the disorientated man discuss how he nearly came to be shot by cops whilst naked. It is evident that the disdain Jerad Miller has for authorities is more than abundant as he struggles to come to terms with why he of all people is being ‘vitimized’ by authority and how eventually it would come time to liberate himself from an establishment that thwarted the liberties of individuals like him who as he noted in one facebook posting ‘only wished for a footing to get ahead in life….’

Blaming the rhetoric these psychos subscribed to is missing the point.  Millions of people share their viewpoints but don’t go on a shooting rampage.  This is mental illness at its finest.  You cannot be mentally stable and kill innocent people before turning the gun on yourself in a public place.  That just doesn’t happen.

Crazy people are attracted to extremism, not the other way around.  No political view or religion can MAKE you into a killer.  That comes from a broken mind.  Sane individuals do not become obsessed with nonsensical conspiracy crap to begin with.

Liberals want to blame conservatives and conservatives want to blame liberals.  Nobody wants to admit that these freaks were one of their own.  Too bad, America!  These are your children, and until you start making real change in the broken economic, political and social aspects of this country, these acts will continue.