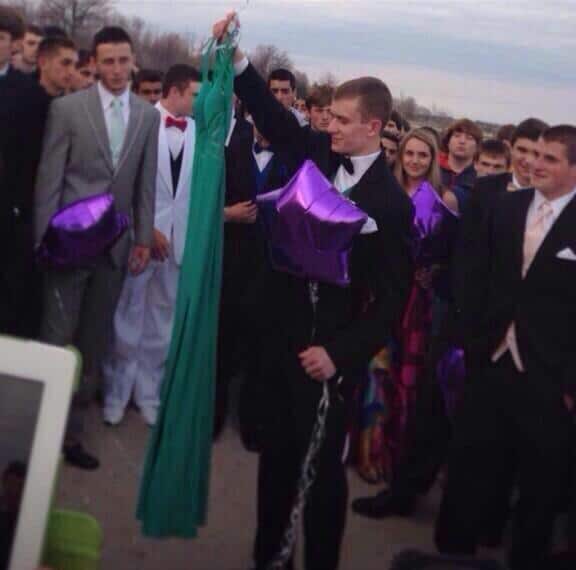 Who has been hit particularly hard by the grizzly murder of 16 year old Maren Sanchez this past Friday at the hands of Chris Plaskon is fellow Jonathan Law High school attendee, Jarrod Butts. The 16 year old had been with Sanchez for over a month and a half and by then had become known as the prom Queen’s boyfriend. Yet it seems the boyfriend represented degrees of resentment that was all too much for Chris Plaskon to deal with.

Chris Plaskon arraignment no show. To be tried as an adult.

Since Maren Sanchez’s murder, her death has barely sunk with the 16 year Jarrod Butts, known to be a lacrosse and hockey star in the school district and someone who had been friendly with his girlfriend’s murderer until that is Plaskon realized his ex was now in the arms of another boy.

By then Chris Plaskon who had confided still carrying a flame for Sanchez after presumably she ended their young love was moribund, struggling to come to terms with unrequited love and the fact that the onus of his affection was now involved with another boy. This despite the fact that the pair had dated years ago.

Some have wondered if it was social peer pressure or just the desolate effects of a young man straining to deal with the onset of depression and ADHD. Adding to the strain of the youth’s mental illness was his ever increasing reliance on a strong concoction of drugs, medication which some have wondered may have been enough to have tipped the youth over the edge.

To those who knew him on the surface, Chris Plaskon carried a genuine zeal of enthusiasm and desire to be well liked, often taking on the role as school clown.

But to other friends, there was something remiss, a change of behavior, signs of deep depression, a tendency to always now wear long sleeves, inspiring suggestions he was self cutting himself and if so, what else was going on at home?

Posted the distraught new young love of Maren Sanchez, Jarrod Butts on twitter over the weekend: ‘I miss you.’

A day after when the school prom should have taken place, many of Maren Sanchez’s school mates were instead gathered at the school gym – which administrators had turned into a makeshift crisis center. Present were  grief counselors to speak with students and teachers – many of whom witnessed the attack or its aftermath first-hand.

A steady stream of classmates and parents dropped off flowers and stuffed animals at a makeshift memorial in front of the school. Sanchez’s classmates painted a rock in the front lawn purple.

To date fellow school mates are at a loss to explain why a seemingly non violent much liked student snapped. Why for that matter he had chosen to ask Maren Sanchez out that evening for prom when he knew she was in the throes of a new love with Jarrod Butts….