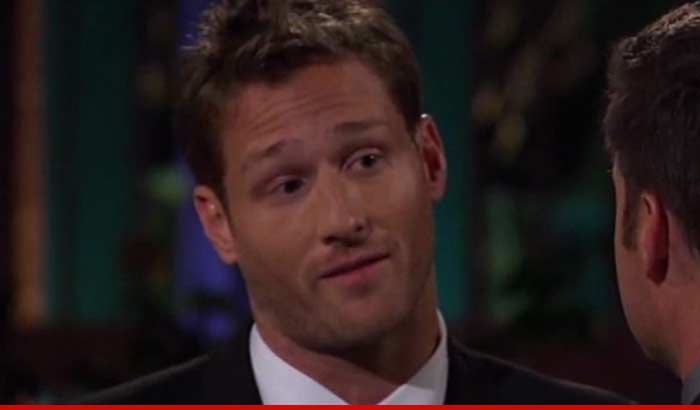 It seems there is little love lost between the producers of the Bachelor and that of its golden pin up boy, Juan Pablo Galavis who this morning is telling how much he feels the show sold him out.

‘Juan is so angry with the Bachelor production team,’ a source tells Us Weekly of the vilified reality star. He’s been peeved ever since Bachelor wrapped shooting four months ago, in fact. “He’s had major tension with them since right when he got back from filming,” the insider explains. ‘Juan thought they gave him no privacy and wanted to know too much about his personal life and what he was doing all the time.’

Of course this comment brought a wicked smile on this author’s face: Next time he wants PRIVACY tell him not to sign up for a DATING REALITY TV SHOW! He’s really angry that they couldn’t magically make him not be a douche.

Yet whilst Galavis may be deeply disappointed with the show for not protecting him, the show’s producers feel he only got what he deserved after their action man refused to participate in any more publicity for the Bachelor.

Told tmz: “Bachelor” star Juan Pablo has told Warner Bros. he won’t do ANY post-season publicity for the show … and for its part the studio is saying good riddance.

Sources connected with the show and the studio tell TMZ … Juan Pablo outright refused to appear on “Good Morning America” Tuesday, and made it clear he was done with publicity of any sort for the show.

Hardly the endorsement the show was looking for but by then the producers who had let Galavis carry on with free wheel (and maybe that was the real desire in the first place, just to let the bad boy go all the way and see how far he’d self destruct?) were more than keen to distance themselves from the former soccer player who by now had been getting the tag for the most hated bachelor of all time.

While he may not looking to give the producers much publicity, Juan Pablo Galavis has been anything but shy taking to social media to tell how he was ostensibly thrown under the bus by the show’s producers.

Taking to instagram he told: ‘Throw me to the wolves and I’ll come back leading the pack.’

Besides humiliating the honor of one of the contestants, Clare Crawley (although she has to accept that she put up with Galavis’ bad manners and hoped to win a proposal out of it all) when he took to telling how he liked ‘fuxking her’ but didn’t know her, other gaffes which had the bad boy much maligned on twitter included accusations of taking advantage of up three contestants, sleeping with them, knowing all awhile that he never had any intentions of taking them on to the next level as well as allegations that he had mocked the mentally disabled during one episode.

Tweeted Galavis at the time in reaction to the hubris: ‘In Venezuela the R word is USED commonly and by NO means is to OFFEND anyone… #Relax #DifferentCulture #Respect,’

Of course the biggest critique of Galavis in the end may be his failure to propose to Nicki Ferrell by the end of the show, but to simply tell her liked her and he didn’t give her up but didn’t want to walk away either. Which says more about America’s appetite for Cinderella outcomes than the reality of dating and getting to know someone before one commits to them as a life partner. Not that America didn’t get to know Juan Pablo Gavalis and took to a hearty disliking of the man who played them and the show against the typecast he was ideally cast to play…