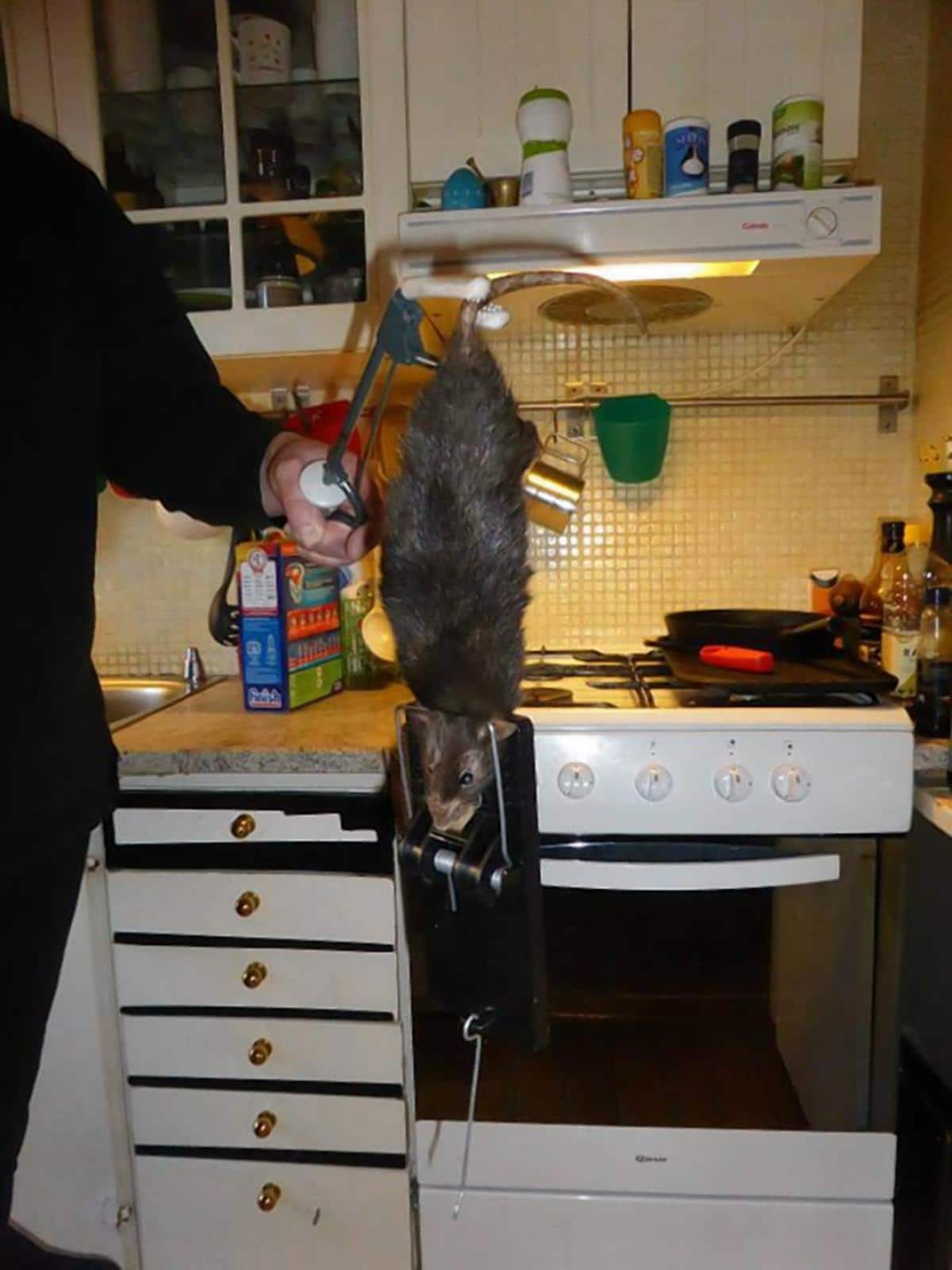 A Swedish family has recoiled in terror after finally learning of what had until recently been terrorizing them. A homebound 16 inch rat that had made their kitchen it’s new place of residence.

The rat only came to be outdone by the Swedish family after a gargantuan mouse trap laid its victim to waste. Eventually that is, as the rodent continued to scamper about the kitchen floor with the trap firmly clasped around its head until it was later found lifeless behind the family dishwasher.

Told Signe Bengtsson-Korsas: ‘It was a monster, the worst thing I have ever seen,’

Added her husband, Erik Korsås:  ‘The rat was so big it did not die.’

‘The kids were afraid it would come back to life as some sort of zombie rat. They didn’t want to touch it,’

And of the eventual relief when they came to realize the rat had been apprehended after all.

Told Erik: ‘In the end we managed to find it dead, it had slowly strangled,’

‘Then we felt a bit sorry for it.’

The family told The Sun that pest control workers showed up a few hours earlier to set up the deadly trap at their home in Solna, a suburb of Stockholm.

The rat had already wreaked havoc on their home. At one point the rodent managed to gnaw through a pipe and flood the kitchen.

They initially thought a mouse made it in when they saw their pet cat Enoch standing guard in the pantry and noticed his predatory instincts rising up.

Instead, they found the gigantic rat. It darted out and startled Bengtsson-Korsas when she went to empty the trash.

‘We were all terrified, I thought it was going to bite my toes,’ her son Justus told.

The family believes that the rat got into the household through a ventilation pipe, which has since been blocked off with brick.

The pest controllers told they’d never seen such a big rat before, which might explain why the family cat had insisted on staying out of the kitchen during the time its presence had been noted. 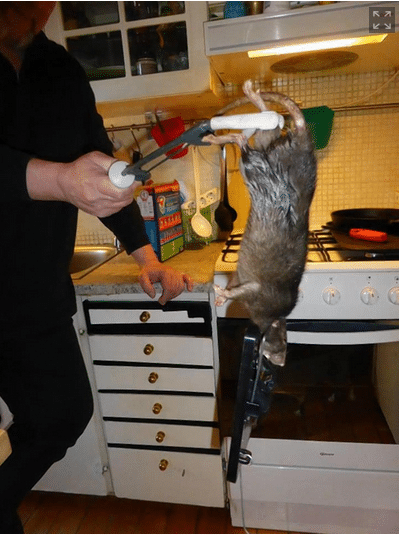