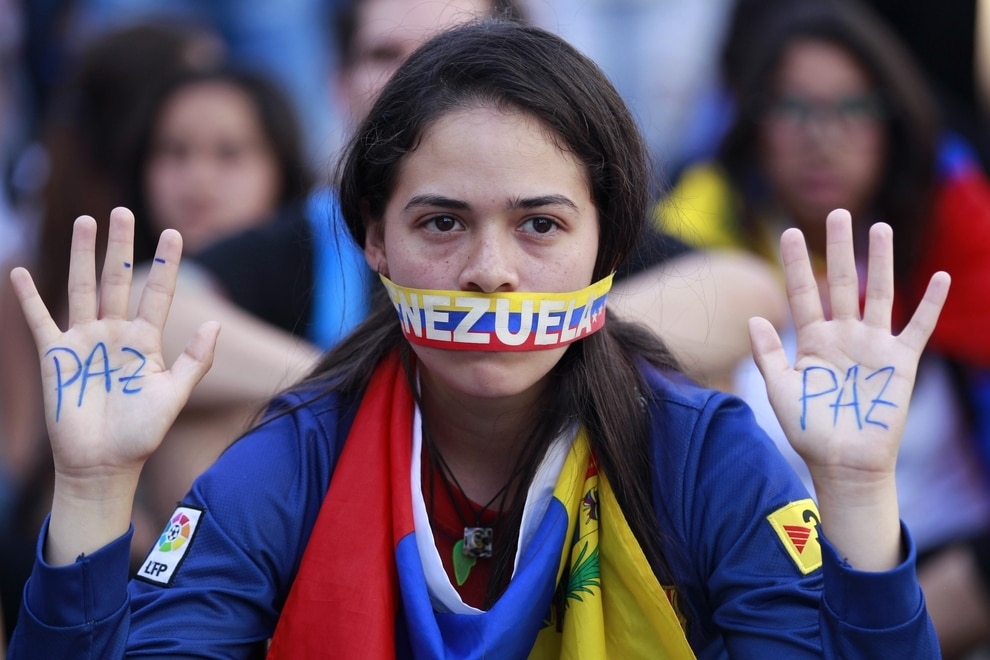 In light of the recent disarray in Venezuela, protestors may have achieved the unthinkable- forcing the hand of President Nicholas Maduro‘s as the world’s media begins to pay more to the plight of what ostensibly has become a runaway Banana Republic.

Faced with unrelenting civil disobedience and on the brink of civil war, Hugo Chavez‘s successor has been at his wit’s end in attempting to address unraveling structural structural forces which may have once worked for Chavez but are sorely failing the country now

With unrelenting crime, the inability to even acquire basic items and the inevitable capitulation of various industries, from the automobile to print business (conveniently affecting alternative media that Maduro has sought to put a clamp on)  at the mercy of the government’s artificially mandated foreign currency reserve policy, Venezuelans are crying foul and demanding and end to policies and cronyism that has put the nation at peril.

While Maduro may be tempted to ruthlessly stamp out civil disobedience, Venezuelan protestors have fought a clever fight and instead of splintering into disparate forces (yet) have this time managed to stay united, even if many claim it is just a bunch of privileged students.

It may be the university students and the sons and daughters of the well to do, but the strungle has overwhelmingly been a lopsided assault on the have nots, whose ranks that the middle class are to their horror now joining. 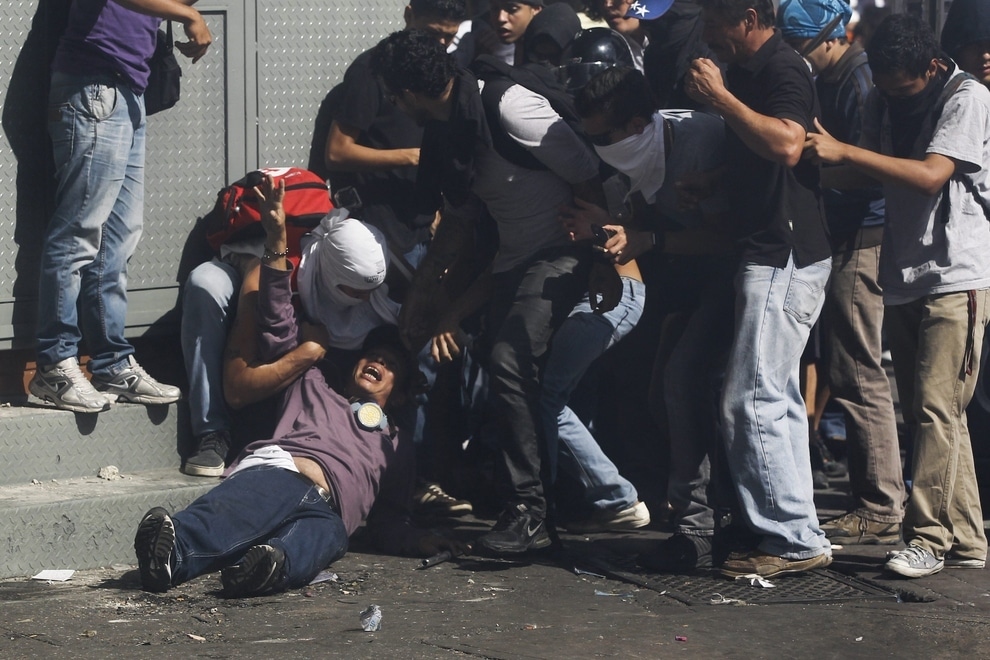 As students wield banners protesting the horrors of the runaway Banana republic, an unapologetic Maduro insists he will resort to ‘special measures’ if it that is what is needed to return to democracy. What those special measures are have not been necessarily told.

Told Maduro: ‘We won’t let them turn it into a Benghazi,’ referring to the violence wracked city Libyan city.

In a following statement, Maduro offered this assessment: ‘The only way to fight fascism in a society is like when you have a very bad infection … you need to take penicillin, or rather the strongest antibiotic, and undergo treatment. Fascism is an infection in Venezuela and in the world. And the only treatment that exists is justice.’

Ironically some have noted that it is Maduro who is adopting fascist imperatives whilst insisting that it is the Venezuelan protestors who have adapted to such semblance.

Also on the minds of protestors is that of its opposition leader Leopoldo Lopez, a 42-year-old Harvard-educated economist, who turned himself in to troops this week. He is being held in Caracas’s Ramo Verde jail and faces charges of fomenting the violence. Lopez could see himself in jail for up to ten years depending on what charges the government chooses to make stick.

Told Amnesty International: ‘The charges against Leopoldo Lopez, the organizer of protests demanding better security, end to food shortages and freedom of speech, smack of a politically motivated attempt to silence dissent in the country.’

Adding to the disarray is the fact that local TV channels (by now government loyal) are providing almost no live coverage of the unrest, forcing Venezuelans to turning to social media to stay ahead of developments.

Both sides rolled out competing evidence of the latest violence on Thursday, with ruling Socialist Party governors showing photos and video of charred streets and torched vehicles, while the opposition posted footage of brutal behavior which they said was by national guard troops. 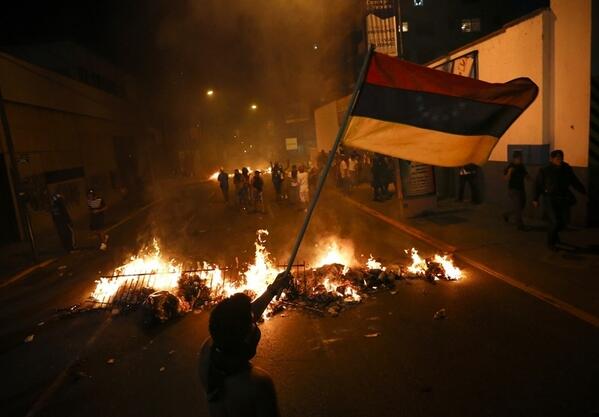 Though the majority of demonstrators have been peaceful, an increasingly prominent radical fringe has been attacking police, blocking roads and vandalizing buildings. It is yet to be seen if Maduro may seek to use that as an impetus to impose martial law or storm trooper like tactics to regain the streets

Rights groups have told the police response has been excessive, and some detainees say they were tortured.

Social and economic issues may have sparked Venezuela’s protestors, but the government has pointed the finger at the U.S., accusing it of orchestrating demonstrations to destabilize the ruling government.  On Monday, Maduro’s government ordered three U.S. diplomats to leave the country in 48 hours, claiming they conspiring to bring down the government.

Whilst some may wonder if Maduro is crying paranoia, he may indeed have a valid point given the fact that it was documented in the 2002 coup of Hugo Chavez, the US played a hand in the coup.

Reflects the dailybeast ominously:  It’s clear that the governing elites in Caracas have a shaky grip on reality—and the problem is institutional. Venezuela’s political life has become a bad reality TV show, and the country’s youth simply wants it to end.

The young are restless, and they have had it. They want solutions to their problems, and an end to the mayhem that chavista Venezuela has become. Their strategy is not clear, and so far they are outnumbered and outgunned.

But they are not going anywhere.

Who is also not going anywhere if they can help it is Maduro’s government who desperately clings to power and is adapting autocratic measures in an effort to what it calls to ‘protect democracy.’ Never mind if the democracy on the streets is desperately pleading for an out…. 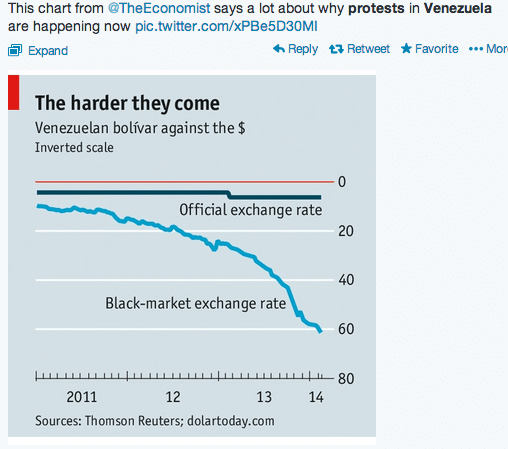