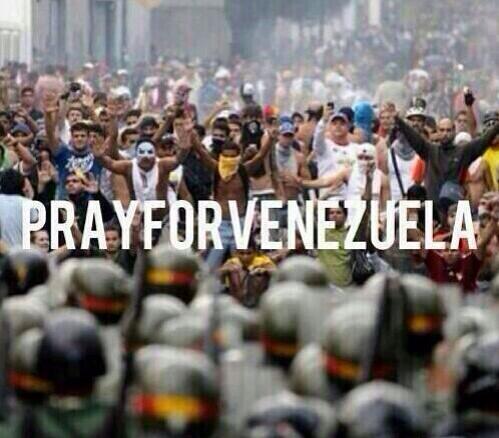 It’s been over thirteen years, in 2001 since I spent a whole two months in Caracas, Venezuela and even then one could feel the relentless underbelly of the country seethe as the haves and the have nots quietly went about their daily business. One of being ultra rich, the other being indiscriminately left to waste, many in squalor.

Perhaps the writing was on the wall, as the following year, Hugo Chavez would be deposed for a total of 47 hours via an underground coup orchestrated by clandestine opposition forces intent on removing the socialist leader who by then was seeking to quell private industry and bring back autonomy to the beleaguered masses who by now were resorting to strikes and daily around the clock murder sprees.

It was reckoned at the time the US played a hand in the coup and that might have been the case as the US were rather quick to recognize the legitimacy of the new government before any questions or investigation could be done. Not that the privately held media in both Venezuela or the US were in any hurry to ask what or how it all happened.

And as soon it began, it all ended as Hugo Chavez’s followers came to their beleaguered leader’s aid forcing coup leader’s hand.

Fast forward 12 years later, almost a year after the death of the charismatic statesman Venezuela now finds itself on the brink of capitulation

With the unrepentant mismanagement of the state’s resources and currency reserves, courtesy of Chavez’s hand picked successor, President Nicholas Maduro, the nation finds itself living a kind of banana republic quagmire. A collapsing currency, ever increasing economic disparity, skyrocketing prices for basic goods, a complete shortage of base staples, including electricity, a cessation of certain industries, such as the automobile industry and the ever steepening demand for goods and services which these days can only be found on the black market at hellish exchange rates.

What’s of particular note of Maduro is how the former union leader and bus driver, who was initially keen to replicate the previous success of Chavez, has these days found himself patronized by oil conglomerates, who once openly sought Chavez’s removal from office. 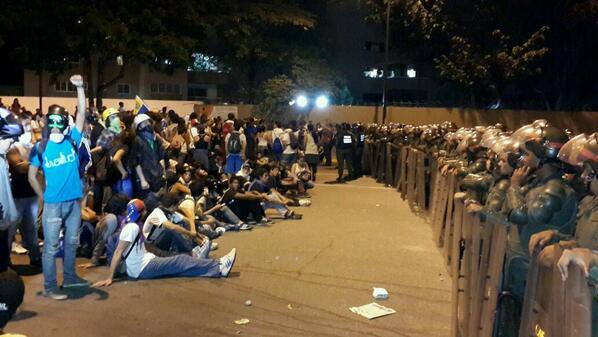 In a rendering of how bad things have become in Venezuela one needs to appreciate the ravaging effects that a lack of currency reserves and the resultant plummeting exchange rates have had on the cost of base staples, most of which are imported from overseas.

Along with the marked cessation of the distribution of US dollars, which currently trade at the artificially low and hard to get at 6.28 Bolivar to the US dollar, trade is now being done in different trenches, the official rate on the bolivar, 6.28 (for the privileged few at the behest of government bureaus who dictates who gets access to US cash reserves) another for corporate vendors, estimated to be launched at 11-13 bolivars if and when reserves suddenly open up and the one most Venezuelans are being forced to use, at 87 bolivars, courtesy of the machinations of the black-market.

Needless to say the wide disparities has led to a privileged few and unscrupulous exacting a kind of crude arbitrage off the back of a desperate public. Heads I win, Tails I keep winning anyway…as well as foreigners arriving in the country with US currency living an ultra cheap existence.

Conveniently for Maduro the crises has led to many newspaper outlets, vocal opponents of his government closing and others facing closure as a result of the drying up of US reserves in which to even buy printing paper from overseas in order to publish. 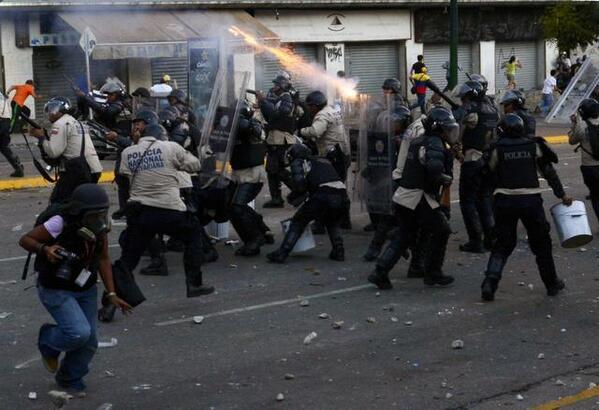 Needless to say, a cacophony of outrage has erupted from a desperate public seeking recourse to what it claims to be disingineous economic policy which has since left many, including once untouchable industries at peril.

Dozens of students remain in jail after the third day of mass demonstrations, and the government (despite its denials) has blocked access to Twitter photos, which the opposition had been using to disseminate images of demonstrations. Three protestors have been killed to date, and the growing unrest may well amount to a crisis of legitimacy for the late Hugo Chavez’ successor.

How bad things have actually become on the ground, can be deciphered courtesy of a recent report via reuters:

Venezuela’s real inflation rate is an impossibly high 56 percent, and its scarcity index, which measures how hard it is to purchase necessities, has hit a record high. “Venezuelans have for months been struggling to find basic consumption items including cooking oil, toilet paper, and corn flour,”

Shoppers often have to wait several hours in lines or visit more than one store to obtain basic goods.

Businesses say the shortages are caused by currency controls that prevent them from importing raw materials and machine parts. Government leaders call them the result of a conspiracy to derail Maduro’s government. 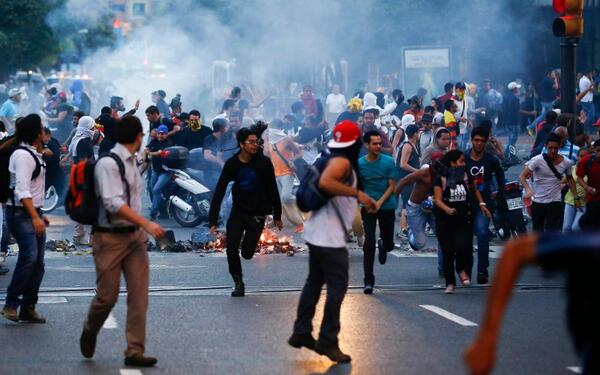 One of the big complaints of protesters, mainly middle-class high-school and college students, who these days come out every day in different parts of the country, has been the surge in crime.

Available statistics show crime has roughly quadrupled along with the  government’s inability to successfully prosecute criminals, which has been borne out of the economic insecurity and wide availability of firearms.

Details thinkprogress: The Maduro government has been unable to stanch the bleeding. According to the World Economic Forum, Venezuela is the third-most crime damaged country in the world. Venezuelan movie theaters have stopped offering 11 p.m. film screenings because people are afraid to be out that late.

With the escalation of protests and now riots and the detention of protestors, including issue arrest warrants for leading opposition figures observers are asking if the nation is on the verge of civil strife?

Reflects the dailybeast ominously:  It’s clear that the governing elites in Caracas have a shaky grip on reality—and the problem is institutional. Venezuela’s political life has become a bad reality TV show, and the country’s youth simply wants it to end.

The young are restless, and they have had it. They want solutions to their problems, and an end to the mayhem that chavista Venezuela has become. Their strategy is not clear, and so far they are outnumbered and outgunned.

But they are not going anywhere.

Who is also not going anywhere if they can help it is Maduro’s government who desperately clings to power and is adapting autocratic measures in an effort to what it calls to ‘protect democracy.’ Never mind if the democracy on the streets is desperately pleading for an out…. 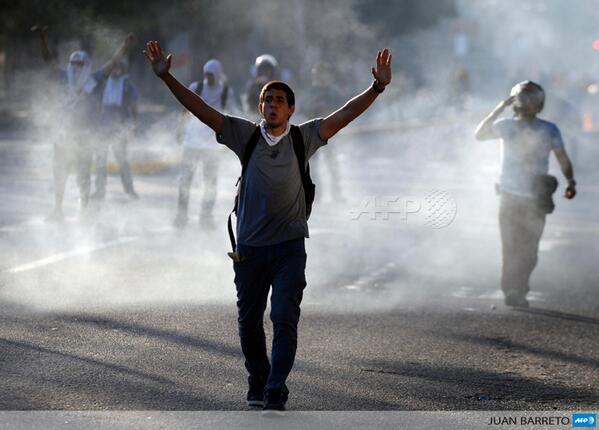