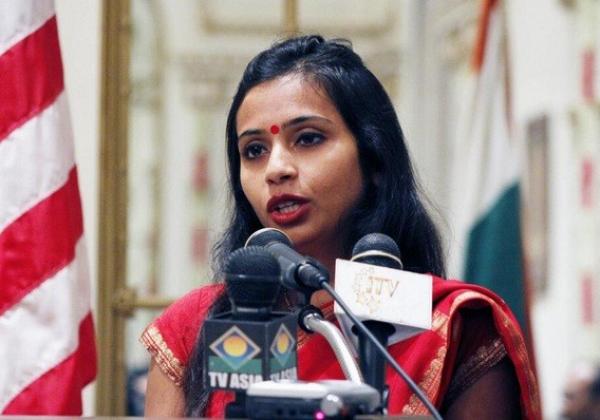 In the latest developments concerning Devyani Khobragade and the international row it has since created between the US and India, US attorney Preet Bharara has defended the arrest and strip-search of the Indian diplomat held on visa charges and saying she was treated very well, even given coffee and offered food while detained.

In his statement he told the diplomat Khobragade was afford courtesies most Americans wouldn’t get, such as being allowed to make phone calls for two hours to arrange child care and sort out personal matters, after she was discretely arrested by US department of state agents outside her children’s Manhattan’s school.

Joining the fray yesterday was Secretary of State John Kerry who went on to offer a carefully statement of regret but fell well short of offering an apology that Indian officials have since demanded.

Told the statement out of the State Department: “As a father of two daughters about the same age as Devyani Khobragade, the secretary empathizes with the sensitivities we are hearing from India about the events that unfolded after Ms. Khobragade’s arrest, and in his conversation with National Security Adviser Menon he expressed his regret, as well as his concern that we not allow this unfortunate public issue to hurt our close and vital relationship with India.”

Khobragade has since offered through her lawyer, and in an email published in India, that she was protected from prosecution under diplomatic immunity. An assertion that US attorney Preet Bharara has questioned given that diplomats are bound to the laws of the land. Nevertheless the diplomat maintains that she was unlawfully arrested and searched.

She had gone on to appeared in court last week when she pleaded not guilty to the charges. She was subsequently released on $250,000 bond.

The arrest has since raised  the ire of Indian politicians that the female diplomat was strip searched and jailed with common criminals. A contention they hold abominable and of the utmost disrespect and seeking to belittle the Indian state.

In retaliation, politicians have called for an investigation into the salaries of Indian domestics working in the homes of U.S. diplomats assigned to India. In addition, police went on to remove anti-terror barriers outside the U.S. embassy in Delhi.

The question though now on most people’s tongues is does the US owe Devyani Khobragade and India an apology?

Offered cnn in an opinion piece: “Khobragade is not just like anyone else. She is a diplomatic officer with limited immunity. She’s in the United States representing a proud country filled with reserved and modest people, many of whom consider a strip-search to be, as one Indian official said, “barbaric.”

This is a country that in recent years has had good relations with the United States and where we have foreign officers stationed who we expect to be treated fairly and humanely.

Besides, she is not a violent criminal or a terror suspect, and she doesn’t appear to be a threat to public safety.

If there is a labor law violation here, it would a civil crime, not a criminal offense.”

Reflected aljazeera: “The American law has been unfair with many Indians in the past in terms of travelling and specially harassing them at the airport: a good example was acclaimed Indian actor Shahrukh Khan who was stopped at the airport when he was visiting for promoting his movie.

The current action taken against Devyani was not only extreme and harsh but inhuman. She was arrested, stripped and cavity searched instead of following the protocols a diplomat is supposed to be treated with. I am sure India would cooperate with the US authorities, had they handled the situation more aptly if they felt that Devyani had tampered with the American system.

India has rightfully stood up and well confronted the US authorities by boycotting and uprooting the security and diplomatic advantages given to the Americans in India. Transferring Devyani to the UN was a smart move.

Personally I suggest that the US does apologize maintaining their decorum and investigate the matter fairly, mending their diplomatic ties with India and refrain from creating such embarrassing situations in future.”

Notwhitstanding the Indian lady, how is strip cavity search different from rape?

Why is it legally allowed in the first place?

Shame on such laws.

Strip searching, diplomat or otherwise, is as inhuman a deed by any country when there aren’t sufficient grounds to do so. This is the reason for outrage in India and everything else that precedes it can be dealt by the governments themselves. Note,this comes after a series of incidents like these and India didn’t make a big furor over them in the past so had to step up for its own at least now.

What is “despicable” and “barbaric” is that a woman is raped every 20 minutes in India.

Kenneth is right. Indians come here and think that they can break the law and act in a corrupt manner, just like they do in their own lawless country…sorry, that won’t work here in America…take your corrupt ways back you came from..