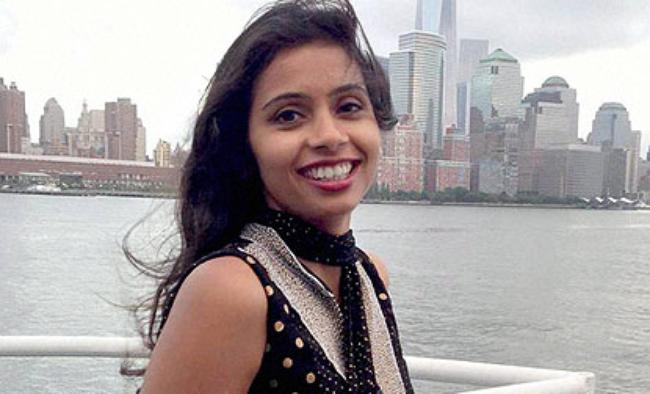 In a new twist to the snafu between US and Indian political relations, revelations are being made that Devyani Khlobragade, the Indian diplomat at the center of the storm was the target of an extortion attempt courtesy of her live in maid, Sangeeta Richard.

Khlobragade went on to cause world news after she sent an email to Indian authorities condemning the way she was treated at the hands of NYC cops after she was arrested last Thursday purportedly for being in contravention of paying her maid below minimum wages.

The maid claimed that she was only being paid $3.31 an hour.

At the time of her arrest, the diplomat told she had been treated like a common criminal and forced to undergo a body cavity search, a situation that diplomats are often spared because of their status as representatives of their home countries.

It wasn’t until word got out about her treatment by cops that Indian politicians returned the favor by telling they were removing barriers to protect the US Embassy in New Delhi as well as looking to enforce other embargoes.

But in a new twist, Devyani Khlobragade is now claiming that she initially filed a police report on July 5 alleging ‘aggravated harassment’ at the hands of her maid’s attorney.

The woman allegedly had three demands of the Deputy Consul General: sign paperwork terminating Richard’s employment, change her visa status from government to normal and compensate her for 19 hours work per day.

According to Devyani Khobragade, Richard disappeared from her job two weeks earlier, on 24 June, following a tiff between employer and employee. Richard wanted to take another part-time job but Khobragade denied her request on the grounds that she would be in breach of her visa if she did.

Since the snafu, the Indian government has transferred Khlobragade to India’s Permanent Mission to the UN in New York, a move effectively granting Khlobragade  complete diplomatic immunity and placing her on Indian soil – outside US jurisdiction.

Local Indian media has since gone on to tell Sangeeta Richard arrived in the United States with Khobragade in November 2012.

At the time she had been offered a job as housekeeper, maid and child minder after her husband, Philip, a driver with the Embassy of Mozambique in New Delhi, approached Khobragade on his wife’s behalf.

He claimed that they needed the money to educate their children. Khobragade, herself a mother of two with a special interest in education and women’s affairs welcomed Richard into her employ.

They flew courtesy of the Ministery of External affairs and Sangeeta was issued a visa under her status of India Based Domestic Assistant (IBDA)  –  a status which did not allow her to work outside.

Four months later she began asking to do just that, according to Khobragade in a complaint filed in the Mehrauli police station on 2 July 2013.

Richard it is said was bored with her limited life and the relationship between Khobragade and her maid quickly soured amid tit for tat legal complaints in both India and the States.

Khobragade tells she first tried to involve US authorities when Richard went missing on 24 June. To the diplomat it seems that this was a case of a servant absconding, as much as an Indian national potentially using her employment in the States as a gateway to immigration.

Unable to file a missing person’s report as she was not a family member she wrote to the precinct and was interviewed by police in front of the Permanent Mission of India.

The phone call purporting to be from Richard’s attorney and making demands under the threat of taking legal action against Khobragade came a few days later on 1 July.

Kobragade filed her report with Mehrauli police station the very next day. She claimed that her maid’s life in New York was comfortable and that she was ‘at liberty to use and was in fact using the residential phone of the plaintiff to talk to her family in Delhi regularly.’

When her husband refused to co-operate with Ministery of External Affairs staff attempting to find his wife, a First Information Report (the police report necessary to start proceedings in India) was filed against both, accusing them of attempting to cheat their way into America by illegal means.

On July 8, Richard agreed to meet Khobragade.  The former housekeeper asked for $10,000, an ordinary visa and immigration relief to be permitted to stay in the US, according to the reports in India. Instead she had her passport revoked.

Richard and her family have now been granted non-immigrant T Visas, created by Congress more than a decade ago to help law enforcement officers investigate and prosecute human trafficking.

A further slew of legal writs followed her failed attempt at settlement – Richard’s husband Philip filed a petition against his wife’s employer and the Union of India in which he claimed his wife was in police custody in New York and had been held ‘a virtual slave’ by her diplomat boss.

Wherever the truth lies, the US State Department was concerned enough to want to meet Devyani Khobragade in September to discuss the allegations being leveled at her by her maid – primarily that of payment below US minimum wage.

Bit by bit communications between the Indian and US authorities appear to have become more frayed and tense. The Indian Embassy in Washington took exception to the tone of the letter sent by the State Department pointing out that this was a matter between the Indian government and its employee and not one subject to US regulation.

In November an arrest warrant for Sangeeta Richard was issued in Delhi as the Indian government seeks to repatriate the employee described in local press as ‘an absconding maid.’

Two days before Khobragade’s arrest Richard’s husband and parents allegedly flew in to the States.

Amid confusion, claim and counter-claim the stage was set for the explosion that came with that arrest as two legal systems set in motion across two continents, and drawn from two very different cultures, finally collided.

via the UK’s dailymail

And then there was this via that left my mouth widely ajar:

As also has been reported, legal process was started in India against the victim, attempting to silence her, and attempts were made to compel her to return to India. Further, the Victim’s family reportedly was confronted in numerous ways regarding this case. Speculation about why the family was brought here has been rampant and incorrect. Some focus should perhaps be put on why it was necessary to evacuate the family and what actions were taken in India vis-à-vis them.