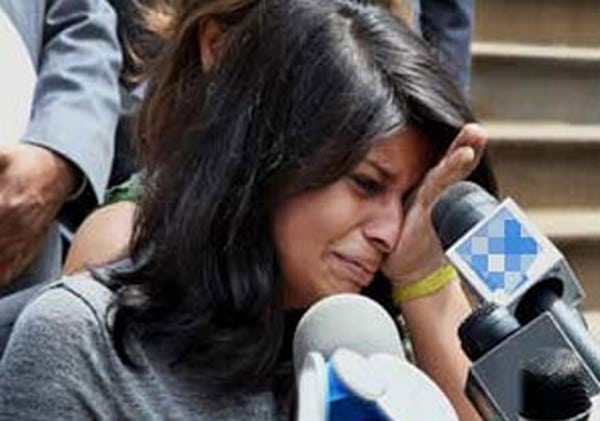 In new developments with respect to the Devyani Khobragade row, US Attorney Preet Bharara has told that the Indian diplomat at the center of US/Indian tensions was given special privileges not normally afforded to individuals who are said to have broken the law.

Told Bharara in a statement yesterday afternoon: Ms. Khobragade was accorded courtesies well beyond what other defendants, most of whom are American citizens, are accorded. She was not, as has been incorrectly reported, arrested in front of her children. The agents arrested her in the most discreet way possible, and unlike most defendants, she was not then handcuffed or restrained. In fact, the arresting officers did not even seize her phone as they normally would have. Instead, they offered her the opportunity to make numerous calls to arrange personal matters and contact whomever she needed, including allowing her to arrange for child care. This lasted approximately two hours. Because it was cold outside, the agents let her make those calls from their car and even brought her coffee and offered to get her food. It is true that she was fully searched by a female Deputy Marshal — in a private setting — when she was brought into the U.S. Marshals’ custody, but this is standard practice for every defendant, rich or poor, American or not, in order to make sure that no prisoner keeps anything on his person that could harm anyone, including himself. This is in the interests of everyone’s safety.

In making his case Bharara goes on to tell that Khobragade “clearly tried to evade U.S. law designed to protect from exploitation the domestic employees of diplomats and consular officers.”

Furthermore, Bharara alleges, Khobragade created a second secret contract where she “deleted the required language protecting the victim from other forms of exploitation and abuse.”

As also has been reported, legal process was started in India against the victim, attempting to silence her, and attempts were made to compel her to return to India. Further, the Victim’s family reportedly was confronted in numerous ways regarding this case. Speculation about why the family was brought here has been rampant and incorrect. Some focus should perhaps be put on why it was necessary to evacuate the family and what actions were taken in India vis-à-vis them.

Of note, at the time of Khobragade’s arrest she had gone on to argue that she was afforded by the merit of her position, full immunity, an assertion that US Attorney Preet Bharara challenged given the fact that diplomats are still held accountable to the laws of the land.

That said, one is inclined to wonder if Khobragade had perpetrated her crimes with the hindsight vision, was she ever reprimanded she would be afforded a free pass given her status as a diplomat?

Then again that could also be an extension of the favors and kickbacks that is so often prevalent in Indian politics and individuals in higher up positions within Indian society which has historically being plagued with graft and corruption and openly tolerated to the chagrin of those in less advantageous positions in society.

One wonders further if Khobragade had come to believe her own infallibility that she could in fact behave at will and that her stupor at being held accountable for her deeds wasn’t really the result of being subjected to normal due process (amongst drug dealers and commoners to boot as she condescendingly put it) but the fact that authorities had the audacity to hold her accountable in the first place, which posits the question how was it feasible that the woman who portends a history of defending women’s rights could herself misbehave to the extent she did without the fear of consequences?

On Wednesday, dozens of people protested outside the US embassy, saying Khobragade’s treatment was an insult to Indian women. Never mind the mistreatment of the maid in question, Sangeeta Richard.

Kudos for me if I win, double down if I lose and don’t you dare make a scene or humiliate me…